Bobi Wine and the politics of Uganda 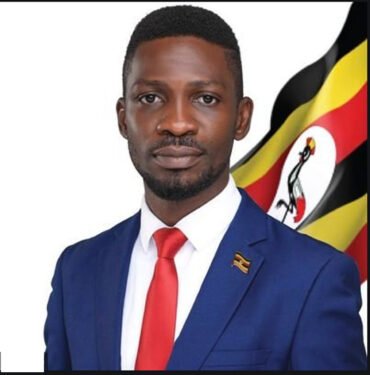 ds and foes as Bobi Wine has come a long way from his days as an artist to a Ugandan political activist.
The 38-year-old who was first elected as a Member of Parliament in 2017, gained global recognition when he tried to oust President Yoweri Museveni during the recently concluded elections in Uganda.
His stab at the presidential seat has as the leader of the National Unity Platform and the new face of Uganda’s opposition shaken up politics in the African nation, which has a population of 45 million.
Popularly referred to as the “ghetto president”, clad in red combats and a military fatigue Bobi Wine has fast become a symbol of hope in known as The Pearl of Africa. His rhetoric of change and his championing for the ordinary man made him a favorite in the recently concluded elections. Crowds frantically respond whenever he drives through the townships.
Bobi Wine was born Robert Kyagulanyi Ssentamu on February 12, in 1982 in Mpigi District southwest of Kampala capital. He attended Makerere University in Kampala, where he studied music, dance, and drama, graduating with a diploma in 2003.
In 2016, Kyagulanyi returned to university to study law at the International University of East Africa (IUEA).
He began his music career in the early 2000s and adopted the stage name Bobi Wine. His first singles “Akagoma”, “Funtula”, and “Sunda” (featuring Ziggy D) brought him success in the East African music scene.
In 2016, his song “Kiwani” was featured on the soundtrack for the Disney movie Queen of Katwe starring Lupita Nyongo
President Yoweri Museveni, 76, has been in office since 1986 when Bobi Wine was only 4 years old. Museveni has managed to “win” every election since then due to his alleged iron-like control over the military, judiciary, and electoral commission.
His populist rhetoric fueled his fame across Uganda and although the incumbent retained his seat Bobi Wine and his family were placed under house arrest. Throughout the campaign and election, period Bobi Wine suffered physical abuse as he was beaten and repeatedly detained for standing up against the incumbent.
In November 2020, his bodyguard was killed in an attack on his vehicle.
After the elections, Bobi Wine was under house arrest for 14 days and the Ugandan High court had to order the security forces to end the house arrest.
Justice Michael Elubu, who heads the court’s civil division, is quoted as saying that if the government had evidence against Wine, he should be charged in court and not held unjustifiably at his home.
The US embassy in Uganda welcomed the High Court ruling and said it “underscores the role of an impartial judiciary.”
“Freedom of expression, assembly, & movement must be respected for all in a democratic society,” it said in a tweet on Monday.
The US ambassador, Natalie E. Brown, was blocked from visiting Wine on January 18 when she went to check on his health and safety, she said in a Facebook post.
Following his release Wine is quoted as saying:
“I want to remind the world that we went in this election knowing how corrupt the staff of the electoral commission is. We saw this through the campaign and the world saw how much was oppressed, how biased and one-sided the electoral commission was, and how much it was in the full grip of General Museveni. And therefore we are going to test every legal test, we shall take every legal test.
We shall take every legal step. And indeed we shall take every moral and morally proactive, nonviolent, but legal and peaceful step to see that we liberate ourselves. The struggle has not ended. It is just beginning.”
He receives support from world leaders across Africa, in South Africa one of the leaders, Julius Malema encouraged Bobi Wine by saying “Remember you are young, you have something your president doesn’t have your age.”
It is not clear if he will dispute the election results but what is certain is that the world has not heard the last of Bobi Wine. 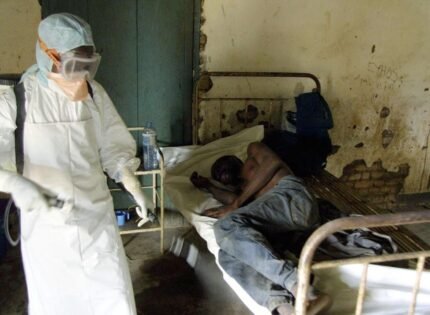