Shutting the doors at Trinity Memorial 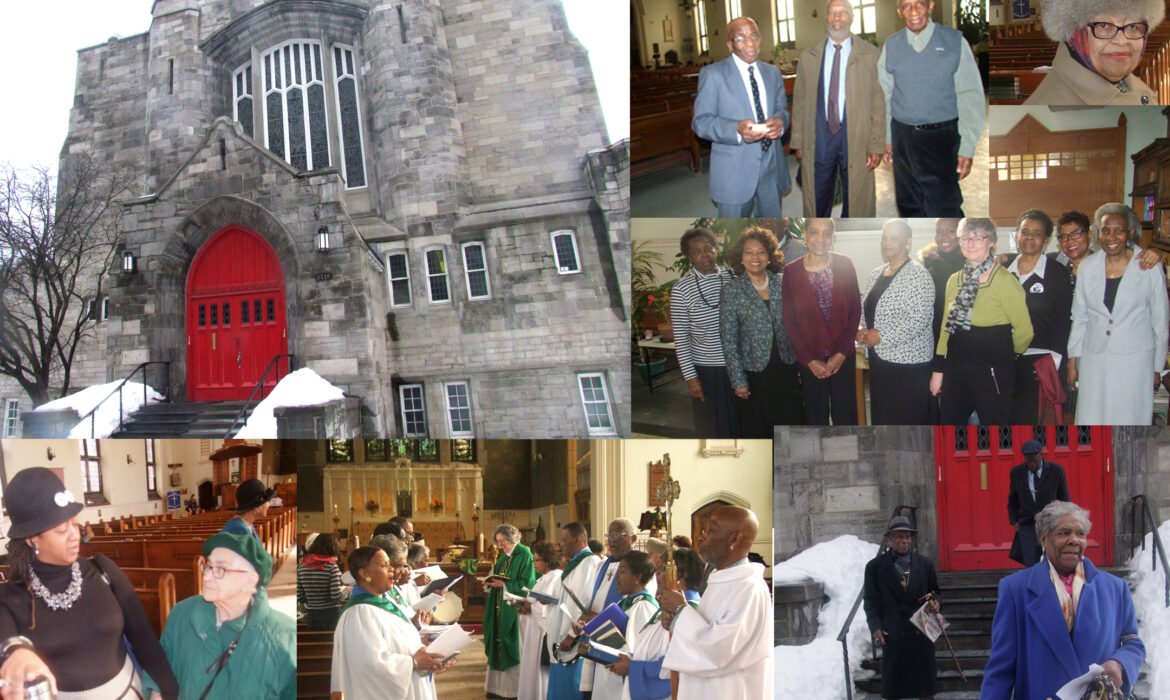 Many in our community feel let down

On Sunday, February 26 many in Montreal’s faith community are expected to be among the congregants at Trinity Memorial Church in NDG for the closing service at an institution that has served as a source of spiritual enrichment for generations of Black families.
At the same time, many devoted members of the congregation will make a point of not being there for various reasons: some say the emotional burden of the event will be too much to bear. Others feel wronged by the way the Anglican Diocese dealt with them as a congregation in the final days of the church, and the closing has left a sour taste in their mouths.
“Distasteful,” is the way Frank Dottin, sums it up. “From a pastoral perspective, the representatives of the diocese never treated us, the congregation, with the respect that we deserve. They have been a failure.”
Dottin remembers the first day he set foot in the church in 1964, not long after he arrived in Montreal from Barbados to attend university. As a resident of Notre Dame de Grace, Trinity Memorial became his place of worship.
“For 52 years, Trinity became my second home and I served it to the best of my abilities,” he told the CONTACT during a recent telephone interview. “Whenever Trinity needed me, I tried to make myself available just like many others in the congregation. We did what we had to, in order to keep the church alive.”
Dottin, who is also a long-standing educator, says when the decision was made to close the church, the decision-makers at the Diocese chose not to be honest and up- front with the congregation, and as such he deems that they “have failed miserably in their pastoral capacities.”
He said he never had any real problem with them choosing to close the church, but it’s the way they went about it. He was also particularly stung by their decision to terminate the services of their spiritual leader, Reverend Joyce Sanchez, a few weeks before the doors of the church were to be shut.
“There was a certain level of indignity in that and I made the decision never to step back within those doors after she left. Her last day was January 9th. I handed over the keys to the basement and other areas of the church, which I carried as chair of the maintenance committee on January 8th and I have never been back.”
When, in 1964, Dottin became a member of Trinity, the church was  bustling with a large and thriving congregation drawn from NDG and other areas across Montreal.
He says he was one of a handful of Blacks at the time. In fact, he and a man by the name of Jim Harris were the only two Blacks in the church choir at the time.
Over the years the steady flow of immigrants from the Caribbean brought many of them to Trinity, and by the mid-90s, Blacks were predominant among the congregation.
Over the past decade or so, as it is with other congregations, an aging population and an inability to bring in new and younger members placed the church on shaky grounds.
When it was built in 1922, they placed enough seats for close to 1000 people; during its heyday, adherents of Anglican faith, were flocking to Trinity from the South-shore, West Island, LaSalle and across Montreal.
Of late though, on any given Sunday less than 100 of them, many in their golden years, make their way through the red doors that stand at the front of the massive building at the corner of Northcliffe and Marlowe streets in NDG.
As such, the yield of the collection plate is not what it used to be, and with just a little something coming every month from the rental of a section in the basement to the NDG Food Depot, money worries were a constant.
But the bills still had to be paid, including thousands of dollars to heat the place, together with the minister’s salary and other expenses all pointing to money worries.

The Anglican Diocese of Montreal wasn’t blind to the goings-on in the area, including the opening of the super hospital a stone’s throw away, and with the building enviably snuggled adjacent to Westmount, the property will at some point become attractive to the right developer.
To all who had eyes to see, it was clear that Trinity Memorial’s days were numbered.

Last December, Executive Archdeacon Bill Gray kind of said as much when he told CBC that the church has been looking for a way to “revitalize Trinity for over a decade.”
Adding that: “many have understood for some time that it was getting tougher and tougher to take on all the responsibilities of maintaining a church on that site.”
Almost every member of the congregation became resigned to the prospect of the place going up on the block, what troubled them was the high-handed manner in which the diocese chose to deal with it.
Russell is one of the younger members of the church. His parents were long-serving members, so he grew up at Trinity and today participates in the Men’s Fellowship Group and in the music program.
He says he can’t get over the way Rev. Canon Sanchez was summarily pushed out of the church just a few weeks before the closing was announced.
“They could have easily kept her and allow her to finish the journey with us.”
Equally disgusted is Ms. Velma Jones who for well over a decade has been the Pastoral Visitor for Trinity, visiting shut-ins and the infirmed  across the city, conducting services on site and offering communion.
“It was heart-breaking, the way they treated Rev. Sanchez. And what’s worse is that one of the individuals behind all of it, Bishop Mary Irwin Gibson, hardly ever set foot in the church to worship with us.”
Bitter sentiments aside, the closing also provoke a sense of profound loss.
Trevor  Edghill has been the crucifer at Trinity since 1973, carrying the crucifix at the beginning and end of all services. It’s something that has been close to his heart and he’s proud to have done it.
He will remember Trinity for the home that it has been to him and his family. In 1975 he was married there and his two children were baptized there and just as important are the valuable friends that he’s made in a lifetime at the church.
It’s a week or so before the closing ceremony and Charlie Daniels and Arvin Sheppard stood at the back of the church as they surveyed the many areas of the building that they have had to repair or salvage.
The two old friends out of the Bayland area just outside of Bridgetown in Barbados are highly accomplished tradesmen who had to bring their skills as carpenters, masons, plumbers, painters and electricians to bear in helping to salvage many of the fixtures within the church and outside.
“You know how many nights we worked here going on to midnight?” offered Sheppard. “It was not a big deal to us, because we wanted to do it and it meant a lot to us.”
Daniels agreed, saying: “We wouldn’t be able to count the hours, and you couldn’t put a cost to it… because it would run into the tens of thousands of dollars. But we enjoyed doing it for the church.”
There were forlorn looks on the faces of Joyce Ellis and Loretta Longmore Brown, both of whom have been at Trinity for a lifetime.
Ms. Brown, who married her late husband Dudley there in 1968, says it’s the only church that she has connected with, since moving to Montreal 52 years ago.
Same for Ms. Ellis who baptized all her children there and has tragic memories of having the funeral services of her son, Raymond, at Trinity.
Both women  will carry those memories with them for a lifetime.
Closing service at Trinity Memorial Church at 4:00 PM on Sunday, February 25. Info at 514 484 3102