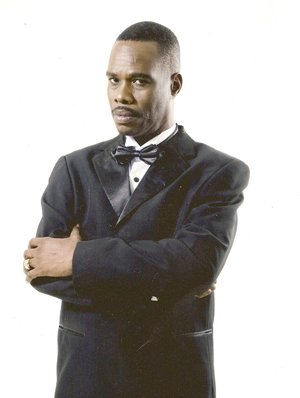 For 37 years Learie Joseph has been centre stage as one of the Caribbean’s leading comedians. During that time he has made tens of thousands of people from the Caribbean to North America roll over with laughter from his antics and wise-cracks, but not too many of them know the road he took to getting to the place he is today.
Joseph, who was able to distinguish himself among the multitudes in his native Trinidad and Tobago where every next man or woman is a comedian, could easily make audiences cry if he told them of the days when, growing up with a family, he had no place to rest his head, or when he had to scrounge for a meal.
But he chooses laughter all the time.
“You must learn how to smile even through the worst situations. You must be able to find something funny to take your mind off the pain. When you find that laughter then you clear your thoughts and you can work again,” he was quoted in a past issue of Newsday, a T&T daily.
It’s a credo that helped him elevate himself from the doldrums to successfully completing high school and secure a descent job and, most importantly, learn how to laugh at himself and make others laugh.
Today, audiences around the world have seen some of his dramatic portrayals of Andrew the schoolboy, or the police officer with issues, or his many stage appearances in T&T, across the Caribbean, or in Toronto and New York.
In every instance they recognize his uncanny abilities to command audiences and make them laugh, distinguishing him as one of the best.
Joseph’s long road to stardom took him from San Fernando in southern T&T where he was born, then through the Belmont Orphanage (now St. Dominic’s Home) on the outskirts of Port of Spain to a life on the streets before he found glory making people laugh.
A talented man with extraordinary abilities, Learie Joseph comes to Montreal on April 4, as the T&T King of Comedy. He will be at Theatre Desjardin, CEGEP Andre Laurendeau, 111 Lapierre in LaSalle.
Several talented Montrealers, including Reggae dancehall sensation Sampaloo, calypsonian Prince B and Toronto comedian Rodney Ramsey, will join him on stage.
Well-known Montreal personality Big George will also be on stage. Info 514 364-9968