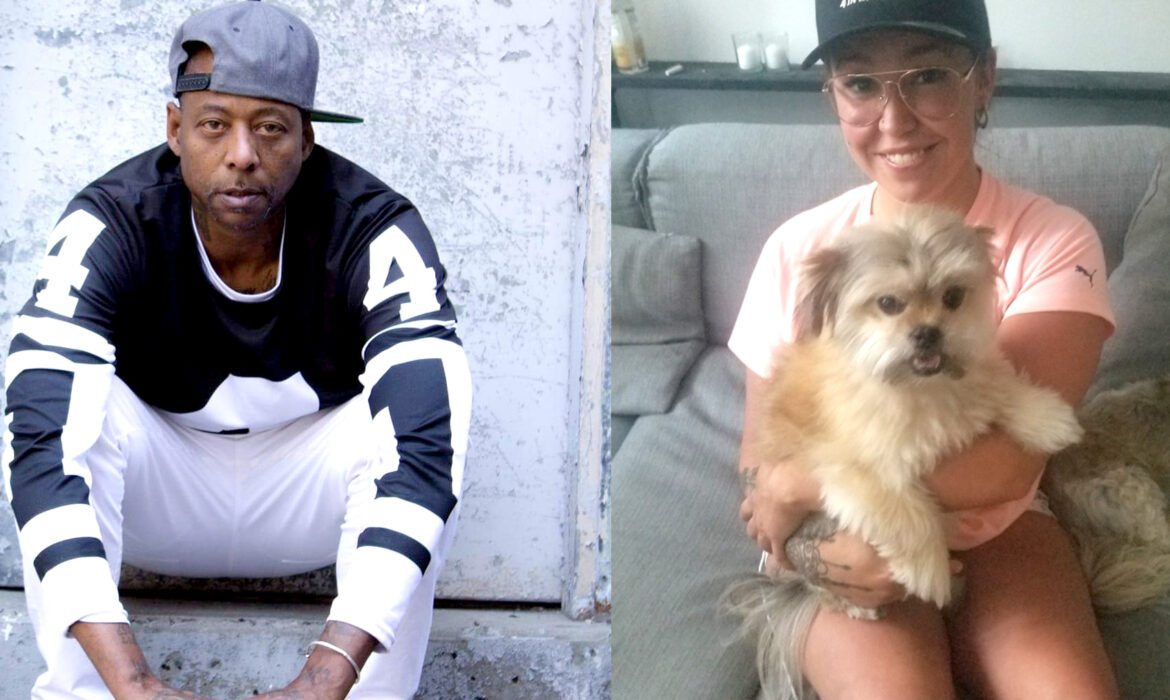 Dog-napping of Mimi an harrowing experience

As an entrepreneur, music producer and publisher, Mark “Spark” Davidson, has taken on many projects but none has come as close to his heart as the Montreal Heroes Award that he hopes to establish.
This award he says, will be to highlight and honor heroes who stepped up in the fight to protect and defend animals.
He told the CONTACT that he feels compelled to do it because of a recent dog-napping of his shiatzu Mini, and the Montreal hero who “above and beyond” to save her.
On June 14, Davidson, publisher of the 4AM News newspaper, a pilot in training, a music producer and an entrepreneur says he was having his morning coffee around 9:30 AM on his balcony in the front of his house, his two shiatzus were Mimi and Babe, with him.
For a minute, he took a quick dash inside to refill his coffee and to his horror when he came back out, one of his dogs, Mini wasn’t there.
He looked frantically in the backyard and all around the house, then it dawned on him that his dog was missing.
And so begun one of the most harrowing experiences of his life.
He made frantic calls to SPCA who then told him to contact the police. His experience with the police was less than pleasant.

“The officer who answered the phone asked me ‘why are you calling us?’ And I said because the SPCA told me to call you. I’m doing what I was told. You need to take my description and if not I’m gonna have a problem,” he explained to the police.

“The officer told me that my dog is not a human being so there isn’t much they can do. I was crushed I wanted to find my dog and the police were acting like it wasn’t a big deal”

After an unsettling few hours, the SPCA called Davidson to tell him that a dog matching Mini’s description was found.

“They couldn’t contain her, when she heard me in the SPCA, she was barking I showed them pictures and proof that I was the owner and we were reunited.”

After the tearful reunion Davidson found out that it was a lady on her break from her job who saw something amiss with Mini and a man who took her out of a bag and was standing suspiciously on the side of the road.
The CONTACT got in touch with Cindy Bodreault, the lady who saved Mini from the clutches of a dog napper.

“I saw a man take the dog out of the bag and the dog jumped from his hands and run.” She explains.
“I also ran after the dog but it was too fast so I got into my car and followed it and it ran towards a man and woman and jumped on their laps. I stopped and got out and asked them if that was their dog and they said no. So I took the dog and put it in my car and drove back to the corner where the man was.
I asked him if it was his dog, he said yes its my dog, ‘give it back to me.’
I then told him that I would report him for mistreating the dog and putting it in a bag. He asked me if I wanted to buy it and I immediately knew he probably wasn’t the owner. Before I knew it he then snatched the dog from my car and I got out and he dropped the dog and picked it up and two men helped me wrestle the dog away from him after which I took it to the SPCA.”
In Canada dog thefts are categorized under broader property offences, and no statistics are kept specifically about animals.
However, recent reports show that with COVID-19 having kept many at home for almost a year, the demand for companionship from pets, specifically dogs has never been higher. This means new puppies are hard to find and more valuable.
And with many unwilling to remain on waitlists, dognapping has been on an all-time high. More pets, particularly small and easy-to-grab breeds and puppies are being stolen and resold by thieves eager to prey on the desires for animal companionship.
Through this dreadful experience Spark realized that dogs are not seen as beings and thus police reaction isn’t as fast or as timely as it should be.
He want set up the Montreal Heroes and has managed to rally other organisations to sponsor it and Cindy will be the first recipient.
So far he has received pledged support from Sunwing, 4indamorning, New Regime, Lloydies, Pikliz ,Snowdon Deli, and Chez Boris.
And hopes to soon be able to have in place an award to recognize and honor people like Cindy who choose bravery in the face of adversity on behalf of animals.