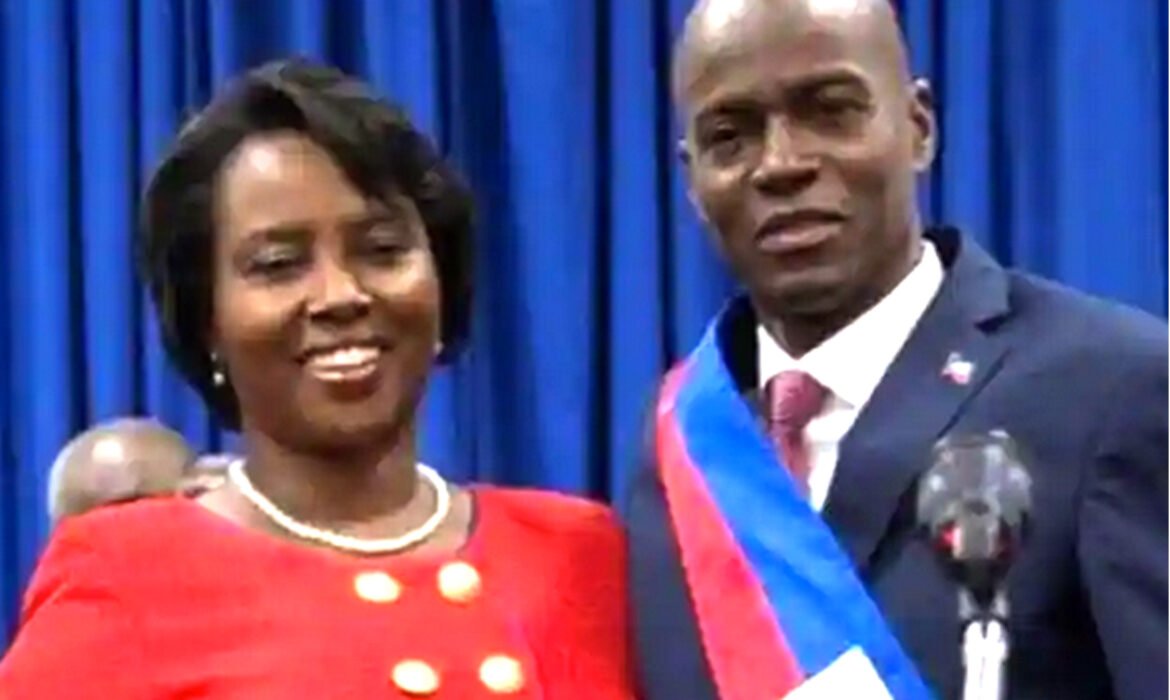 To say that there’s something unsettling about what going on in Haiti today might be the understatement of the year.
Today, the country with a population of about 11 million at home and a few million in the Diaspora is like a stranded ship afloat in the Caribbean sea, dysfunctional politically and socially: without a president, a couple of rival prime ministers and a non-functioning parliament.
What’s known is that is that sometime in the early hours of Wednesday, July 7, armed men entered the residence of President Jovenele Moise and assassinated him.
Some say he was killed ugly: riddled with more than a dozen bullets, eyes gouged out and limbs broken.
His wife Martine was severely wounded in the attack but his two children escaped harm.
The ensuing search for the killers and those who might have been behind what appears to be an attempted coup-d’état fits right into the climate of uncertainty, mistrust and instability that have marked Haiti throughout its history.
So far 18 of the assassins have been tracked down and captured, three have been reportedly killed in the protracted gun battles with security forces following the assassination and five are still being sought.
Those held are said to be former members of the Columbian military and two Haitian Americans, one of whom is said to have ties with the Drug Enforcement Agency of the United States of America.
In fact, the messaging during the raid that killed Moise was loud and clear: “this is a DEA operation.”
However, the US agency totally distanced itself from the individual and the murderous act.
But as a rule of thumb, whenever there’s instability in Haiti, eyes turn automatically to the US not only as a likely source of the destabilisation but fort always knowing more than they would admit.
As the country disintegrated into a state of chaos following the assassination, the US sent a delegation from the F.B.I., the Department of Homeland Security, the State Department and the National Security Council supposedly to keep an eye on what’s going on.
What’s also known so far, is that a central figure has surfaced as the prime culprit in the assassination and the power grab. One Dr. Christian Emmanuel Sanon, a 63-year-old a Haitian American with degrees in medicine and Theology and a stated desire to rule Haiti.
He’s said to be the one who financed the entire operation of hiring the hit-men and setting up an infrastructure to take over the country.
What’s still unknown is who financed him because as the New York Times recently reported a few years ago, he was broke to the point that he had to file for bankruptcy.
Another unknown is the role of Haiti’s security forces in the assassination, given the fact that the commando-style attack on the president’s residence met no resistance from his security detail. The bad guys were allowed to just traipse into the house and kill the man.
The power vacuum is just as intriguing: a days before President Moise was assassinated , he replaced the sitting Prime Minister Claude Joseph with Ariel Henry, a long standing politician and neurosurgeon.
Also vying for power is Joseph Lambert, who was the head of Haiti’s Senate before it was disbanded by Moise.
In the midst of the political instability stands a population already weakened by natural disasters and poverty that was made endemic mismanagement and corruption of successive leaders.
The murdered president, Moise a former banana farmer came into power under questionable circumstance, with a little more than 600,000 votes in a population of about 11 million.
But he is said to have been the chosen successor of Michel Martelly a performer known as Sweet Micky who served as president of Haiti from 2011.
Moise’s term in office was plagued by accusations of corruption, mismanagement and even murder, protests on the streets of Haiti were ongoing throughout his tenure.
So there they are today, the people of Haiti, the world first Black republic with its storied recent history that began in 1801 when former slave Toussaint L’Ouverture lead a successful revolt against colonizers French and English and abolishes slavery.
Then in1804, Haiti becomes independent and the first Black republic under former slave Jean-Jacques Dessalines. He was assassinated in 1806.
In 1957, Francois “Papa Doc” Duvalier grabs power backed by the military. His rule defined by human rights abuses and by the emergence of the dreaded Tonton Macoutes secret police. In 1964 he declare=d himself president for life.
“Papa Doc” Duvalier dies in 1971 and is succeeded by his son, Jean-Claude “Baby Doc” Duvalier.
For much of the 1970s, 80s and 90s popular revolts and not-so-popular revolts continued the dysfunctionality of the island and kept it mired in poverty and crime.
Then on January 12, 2010, the island was devastated by a massive earthquake that killed an estimated 300,000 people. The international relief effort that followed added to the country’s social and economic woes.
In a cholera outbreak that hit the island following the earthquake, up to 800,000 Haitians were afflicted, 200,000 died.
Haiti’s next general elections are carded for September 21. And the story continues.