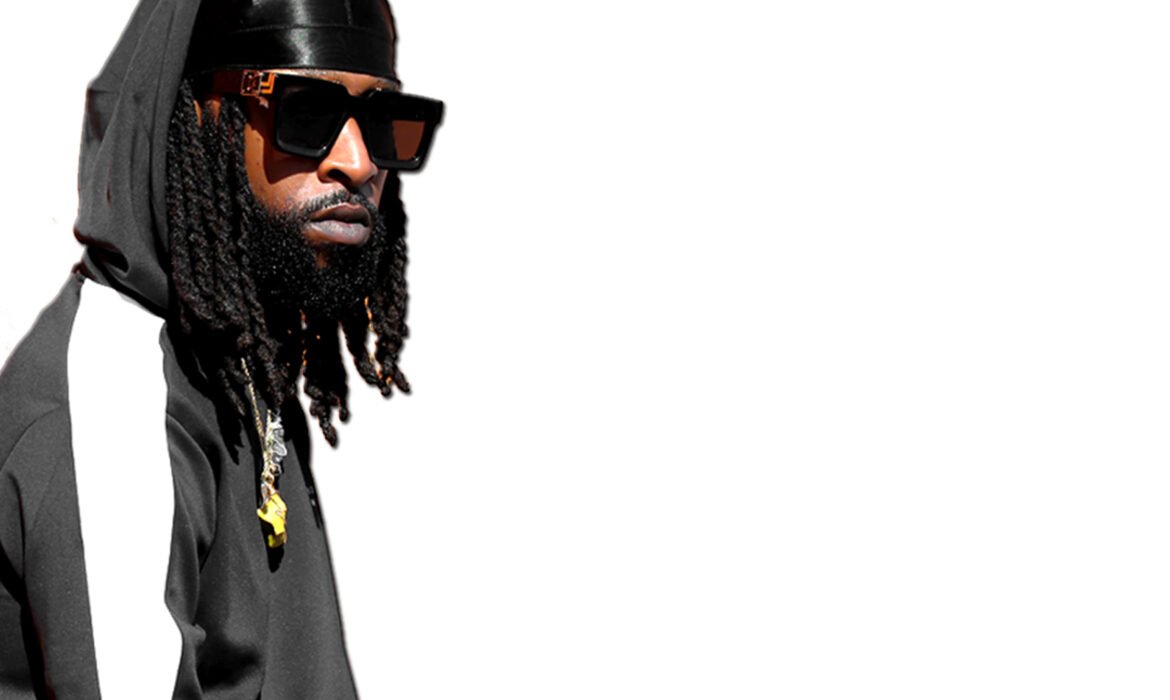 “From when I was young, I wasn’t the type to get anxious if I had to perform in front of tons of people,” he said in a phone conversation, on a beautiful sunny Sunday morning as we spoke of his illustrious times growing up as a young local performer.
Montreal born LaMonte, who was raised in the LaSalle area, got the music bug from very early in his life.

“I was into hip-hop dancing, I would say, since I was three years old .I used to try to imitate all the dancing in music videos I saw on Much Music. My mom eventually put me into hip-hop dancing with (legendary Harlem born tap dancer) Ethel Bruneau at the U.N.I.A. in Little Burgundy”.

The young LaMonte would go on to win several competitions with Bruneau’s school without sticking to strict choreographed routines.

“I was the guy who would go into competitions and freestyle for an entire song. Not that I couldn’t do a choreographed routine but I was more into making up a routine on the spot”.

As for rapping, he also began that an early age as well.

“It was probably on my 10th birthday around my crib in LaSalle that I began free styling. I was into Bow Wow, 50 Cent, Ja Rule and (Lil’)Romeo.”

He led an early crew called Fly Estate, which featured male and female singers, rappers and dancers, cementing his belief in his ability to lead musical projects at that point.
He eventually got into R’n’B that had a street edge with hip-hop sensibilities. Artists like; Jagged Edge, Jaheim, Anthony Hamilton and Tank, the latter he would later collaborate with in a more significant way.

“I was about 15 and my sister heard me sing and she said you need to leave the rap stuff alone and concentrate on singing”, he laughed.
I recorded for the first time with a Dollar Store microphone with paper wrapped around it so I wouldn’t pop my p’s,” he chuckled.
He was about 14 at the time and a high-school freshmen.
The D.I.Y. method he made recordings with eventually became more sophisticated when he released his first song and video “How We Do It” on YouTube.

But it was his 2016 single “I’m Finessin’’ that caused a stir when it was released on all major streaming platforms. It garnered over 1.5 million streams on Spotify alone.
“I went on a performing trek after that including a performance at Canadian Music Week in Toronto in 2017.” LaMonte also did an online concert for an RBC showcase as well as performing on the Montreal Kevin Calixte talk show “The KeKe Show.”
“I’m Finessin’’ also placed him among the top 10 for CBC Music’s 2021 Toyota Searchlight talent search, which attracted almost 2,500 song entries. (Winners of that contest will be announced soon.)
After taking a small break to reset in 2018, he released his debut E.P. “Fall For A Real One” in 2019.
The acronym for the mini album’s title which spells out FARO is a reference to the Egyptian Pharaohs of Africa’s glorious past.
When asked about the obvious socially-conscious messages in his songs which was evident on his recent single “Patience”, he acknowledges the fact but insists that he doesn’t want come off “preachy” in his music.

“I try not to be over-bearing. I’m still just a student of life myself”.

“Fall For A Real One” also contained the popular track “Guy Like Me” which was dripping with swag and had a dope video.
But the big tune on the set was “Patience” which saw LaMonte collaborate with R’n’B veteran Tank, who scored big hits in the early 2000’s like; “Maybe I Deserve”, “Please Don’t Go” and “Sex Music”.

A remix to “Patience” was recently issued and was featured on The Top 5 R’n’B Countdown on Virgin Radio with Malik Shaheed.
A graduate of The Recording Arts Of Canada Institute in Montreal, LaMonte says sound and the science of audio is of utmost importance to him.
It also prompted him to launch a production company recently that will allow him and his team to oversee recordings by other artists.
LaMonte also wants to give back to his community. This is why he’s launching a non-profit organization called “The Leaders Movement”. “I want to use my network and platform to teach kids and young adults about the behind-the-scenes aspect of the entertainment industry.”
LaMonte said these are areas that need more Black representation.

“You take a artist like Drake. Not everybody can be Drake but Drake has a team that makes the whole thing happen. From producers to lights and production people to those that come up with content for his music videos. It’s not just Drake that makes his whole machine happen. It’s a whole team that makes a Drake show happen from production to security and we want to teach that.”

When asked about a much-anticipated debut full-length album LaMonte said: “I want to continue releasing singles for now and let the public get to know and me. I’m also a perfectionist with my work an OCD about it. I’m working on better organizing all this. It’ll come.”

Look for Trey LaMonte to drop a couple of songs, including a new single on CBC Radio-One’s “Let’s Go” on their “New Music Tuesdays” segment at 3:10pm on July 9th on 88.5FM.