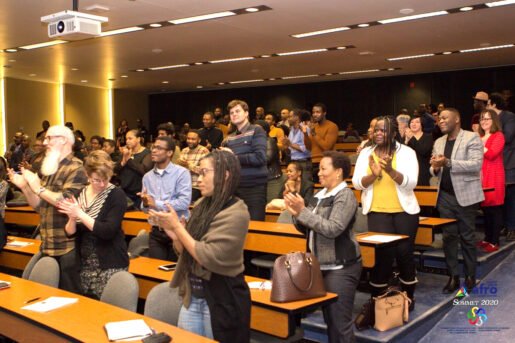 Ultimately the goal of the recently launched Quebec Black Communities Observatory is community development and to empower Afro-Quebecers.
According to program director Désirée Rochat the Observatory “will merge and bridge research and community work to make an accurate diagnosis of the situation of Black young people in Quebec and to propose concrete solutions adapted to their reality based on their knowledge.”

She says while there are bits and pieces of information that point to the challenges faced by our community, that data is never properly desegregated enough to paint a complete picture.
“In our community, we know our reality. So the idea is to put forth the knowledge that we have of our community together with the numbers that would tell us where we are at this point,” she told the CONTACT.

Rochat, a long-serving community advocate who recently earned her Ph.D. at McGill University, says the intention is to go beyond producing numbers and data and try to figure out how we got to where we are today then “begin the process of real community building.”
She says in the end their research and information gathering is about mobilization and advocacy.

“The aim is to support community groups and community workers who are already doing tremendous work with very little resources.
So, our focus will be to produce information and tools that will help them accomplish their work in the way that they want to and help them argue the fact they’re being under-funded, which puts them in a precarious position going forward.”

The Observatory was launched this month by the Socio-Economic Summit for Black Youth Development (SDESJ) from consultations among its 51 member organizations and following a highly successful youth summit that was held a few years ago.
It has a $6 million five-year budget to begin its work.
Rochat says because it is a long-term community development project, the intention going forward is to continue to build partnerships with funding agencies, foundations as well as other community organizations.
Among the challenges she envisions is making sure that the needs of the youth in our community are properly represented.

“It means getting them involved and listening to them.”
One of the immediate tasks that the Observatory has set for itself is to come up with a comprehensive portrait of Black youth across Quebec over the next 18 months, which will help better understand their reality.

It also aspires to properly explore the diversity within our community, which today numbers more than 320,000 (the largest of the so-called cultural communities in Quebec.)
The challenge according to a statement from the organization is to look at groups in the community “in terms of origin, language, geography, socio-economic status and the date of their or their family’s arrival” and to propose tailor-made fixes for inequalities that have arisen due to anti-Black racism.”
The way the SDESJ president Edouard Staco sees it:

“It’s the idea of a community taking charge of its own destiny.”