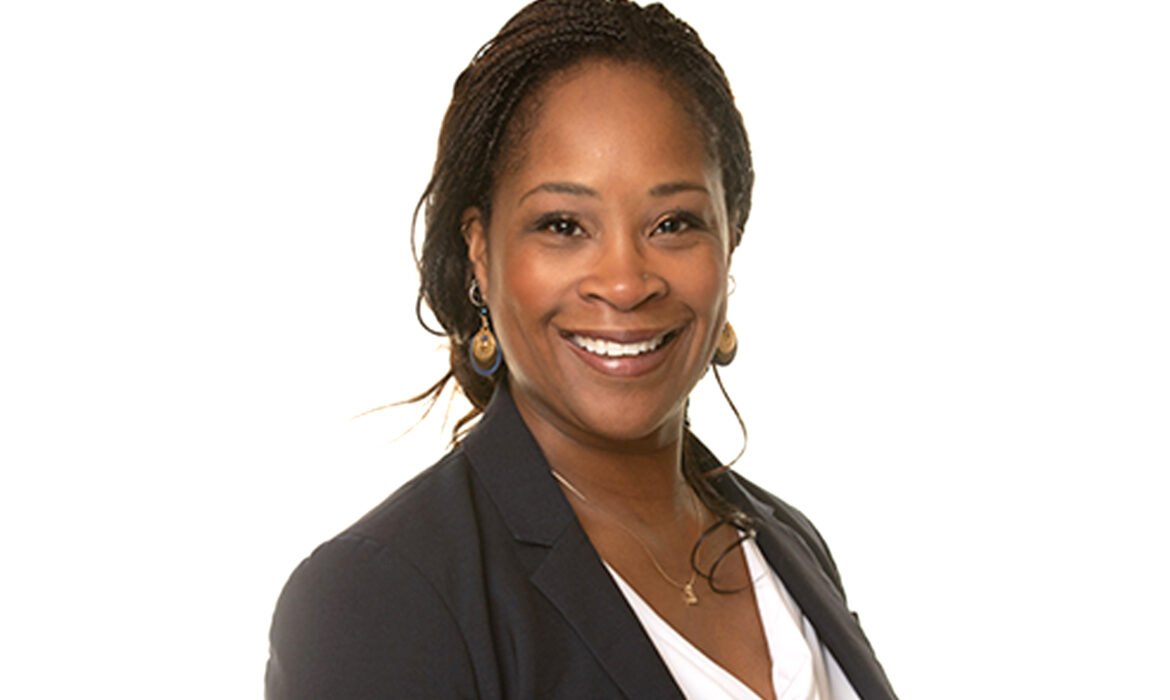 Montreal-born Dr. Natasha Johnson continues to make headways in her area of specialty, combining her work as a clinician and her advocacy on behalf of disadvantaged groups who have been historically marginalized in the Canadian health care system.
Her recent appointment as Associate Chair of Equity, Diversity & Inclusion (EDI) in the Department of Paediatrics at McMaster University, offers her an opportune platform to build on her commitment and push for greater change in a system that has been less than welcoming to minorities.

“One of the things I’m looking forward to most is to encourage uncomfortable conversations around various (decision-making) tables because there’re decision makers who still have to be alerted to the fact that the status quo needs to be changed.
I’m also really excited to know that issues that have been impacting me and my community for a very long time are now at the forefront and is something we can talk about.” 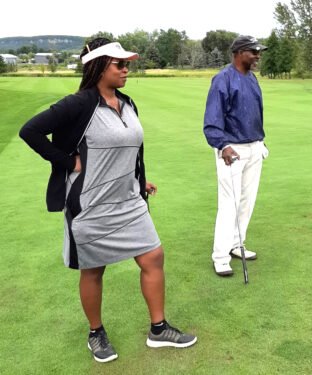 Dr. Natasha Johnson on the golf course with her father Errol Johnson

Dr. Johnson has been at McMaster University for the past 15 years as an associate professor trained in Adolescent Medicine and is cited as “ an accomplished clinician, leader, and educator in the Department of Paediatrics.”
In her new role, she will also serve as a core member of the executive leadership team, alongside the chair of the department.
“It is a brand new portfolio, so it’s hard to define and there’s not much of a road map to follow but I certainly intend to continue to advocate for change on the ground,” she told the CONTACT in a recent telephone conversation.
Johnson recognizes that in general, the medical system across Canada has not been too welcoming of Black and brown people and that in certain instances race can impact outcomes in life so she says, “we have to talk about racism in medicine.”
She remembers being one of just two or three Black students in medical school at McGill University back in the mid-1990s and says she aware that the numbers have not changed significantly and the massive under-representation is still a reality.

The current estimate is that less than 2% of students attending the 17 medical schools across Canada are Black. In an effort to up those numbers, three of those schools, the University of Toronto, University of Alberta, and University of Calgary have initiated admissions process specifically for Black students.
Johnson says the data is not new, but she is encouraged that change will come “because, in the current climate, there’s an appetite for it.”
Her appointment follows extensive efforts by a coalition of medical professionals that she helped to found, following after what can be described as her “George Floyd moment.”
She talks about the overflow of emotions that engulfed her in the aftermath of the murder of the African American man at the hands of the police in Minneapolis, Minnesota on May 25, last year.

And being overcome by emotions as she spoke about it and of the devastating impact that COVID-19 was heaping on the Black community during a rare social media posting.

“I was devastated by what happened to him, I couldn’t stop thinking about my own two boys and their vulnerabilities. And being in the midst of the pandemic, that feeling of helplessness was made worse when I saw the disproportional impact that COVID-19 was having on Black and brown communities.” 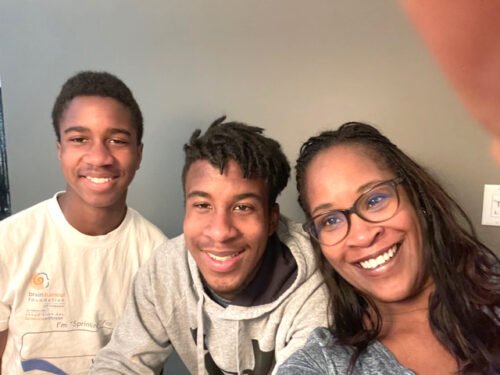 Dr. Natasha Johnson with her Children

Angelo Mikrogianakis, chair and chief of the Department of Paediatrics at McMaster speaks highly of Johnson’s track record as an advocate for change.
“As a well-respected leader within our Department, Dr. Johnson has been actively working on tangible anti-racism and anti-oppression strategies in an effort to cultivate change together with a group of colleagues known as the Anti-Racism Coalition (ARC.)”

In 2018 she was awarded The Pat Mandy Inclusion Award for her work with gender-diverse youth in the Hamilton area.
Johnson, born and raised in the west island, here in Montreal earned her medical degree at McGill University.
She moved to Ontario in the early 2000s to work as a staff pediatrician at the Hospital for Sick Children in Toronto and with the Rouge Valley Health System – Centenary Site in Scarborough. In 2007 she joined the Faculty of Health Sciences at McMaster as a part-time assistant professor of Pediatrics, and in 2010 she became an active staff physician at the university’s division of Adolescent Medicine

These days she spends much of her free time with family and as an avid golfer, on the golf course trying to lower her score to below #110.
She also tries to find time to visit her retired parents Errol and Veronica and her sister Maya and more so to spend time with her year-and-a-half-year-old nephew.
Looking forward, Johnson is focused on trying to fix some of the fundamentals of equity, diversity, and inclusion at McMaster with the hope that her efforts will extend beyond the university and be part of much-needed change in society.