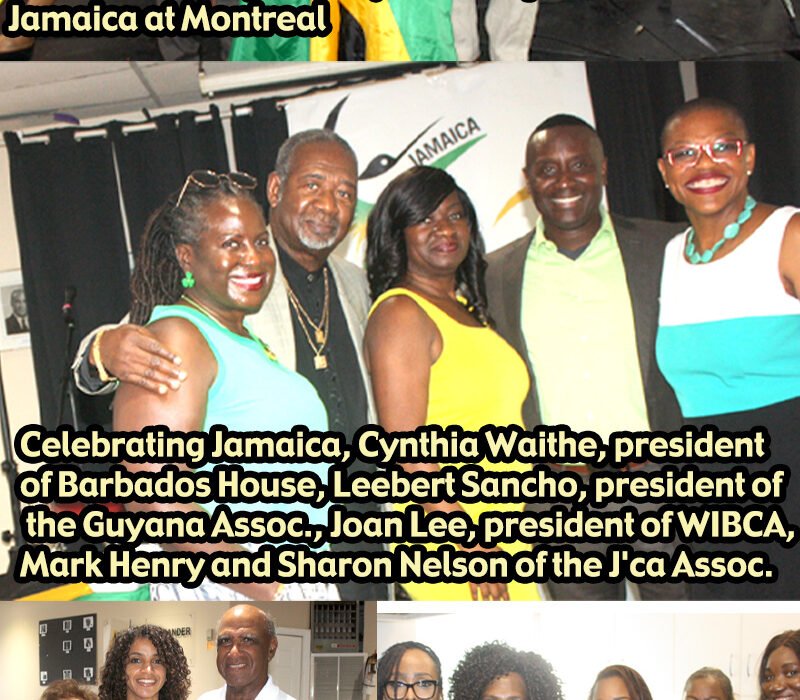 On Sunday, August 7, a specially invited group of Montrealers gathered at the Jamaica Association of Montreal for the cake-cutting ceremony to mark the 60th Anniversary of Independence of Jamaica.
The event included a prayer from Pastor Joel Anderson of the Mtl West Church of God of Prophecy, Independence memories from former president of the association, Glen Gunning, as well as long-serving members and proud Jamaicans Mr. Lloyd Shaw and Ms. Paula Williams.
George Grant, Honorary Consul For Jamaica read the message from the prime minister of Jamaica.
Messages of congratulations were delivered by Errol Johnson, deputy mayor of Dollard des Ormeaux, as well as municipal representative of the area and on behalf of Borough Mayor Gracia Kasoki Katahwa.
Mental Health advocate Audley Coley delivered the toast to Jamaica. King Shadrock entertained
The commemorative cake was designed by Diane Boyd.
Sharon Nelson and Mark Henry hosted the event