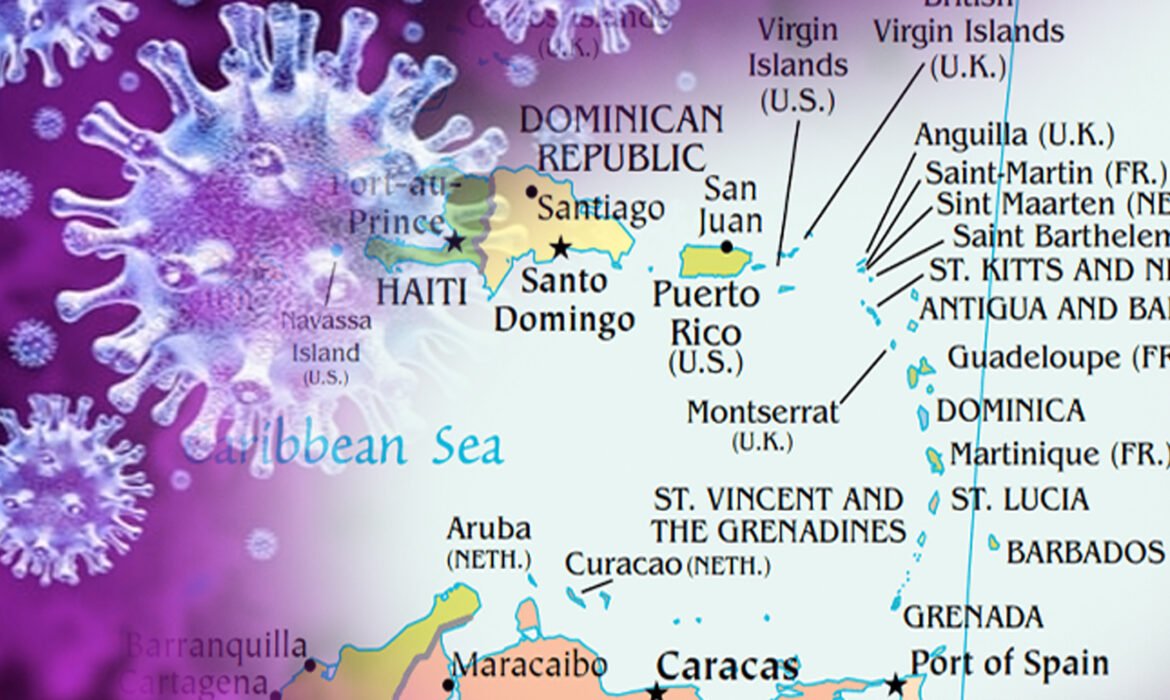 Over the past month or two, COVID-19 has been putting a beating on the Caribbean.
With infections and fatalities skyrocketing at
unbelievable rates in
several countries across the region, the outbreaks are stoking fear that some healthcare systems might cripple under the strain of the mutating corona virus.
In North America, authorities are cautioning travellers to stay away from Grenada, St. Kitts and Nevis, Antigua and Barbuda, Guyana, St. Martin, St. Barthelemy and Bermuda, all now categorized as having a “Level 4” or “very high” rate of transmission over the past 28 days.
And as the hyper-virulent Delta variant circles and threatens to bring another level of global devastation, governments across the
Caribbean are being forced to take unprecedented steps to shore up healthcare systems and protect citizens
In Grenada, Carriacou and Petite Martinique, a small nation of about 110,000, the coronavirus has been on a rampage of late. As of the first week of September , the number of daily cases rising to over 200 on
certain days pushing the total number of Grenadians confirmed with the infection to well over 4,000 and going on 60 deaths.
Before September 1, there were 460 cases in
Grenada and only one recorded Covid-19 related death that occurred back in January.
As of mid-September, less than 20 per cent of the country have been vaccinated, in a campaign that was launched on February 12, when Prime Minister Keith Mitchell received the first vaccine dose.

A bad September in Antigua–Barbuda

The Eastern Caribbean nation of Antigua-Barbuda has a population of about 98,000 is reporting a total number of confirmed cases to well over 2, 600 cases.
It has also confirmed 15 deaths from COVID-19 related illnesses as of September 20, making it, so far, the deadliest month in the country since the coronavirus was discovered there in March 2020, bringing the total fatality marker to about 55.
So far 51,610 doses of
vaccine have been administered.

As of September 20, Guyana recorded a total of 29, 553 coronavirus cases since the epidemic began, along with an unsettling 733 deaths, more than 116 of which occurred during the first three weeks of the month.
In addition to a stepped-up vaccination program the Guyanese government launch an extensive testing and contact tracing initiative in the outlying regions of the country, which show evidence of runaway numbers of cases.

Jamaica’s Ministry of Health and Wellness reports a recorded 80,400 plus confirmed cases on the island since last March, which is accompanied by a death toll of over 1,800.
With daily cases reaching well over 700 at time the Jamaican government as well as opposition politicians has launched an extensive vaccination campaign in an attempt to curtail the spread of the virus, by setting up clinic in communities across the island.
Both the prime minister, Andrew Holness and the opposition leader, Mark Golding have been reaching out to young influencers across the country to engage their network to try to encourage as many as possible to take the vaccine .
So far, only about 700,000 out of a population of close to 3 million have taken the jab.

Delta Variant in T&T
In Trinidad and Tobago, fear of the Delta variant is seeping into the nation as the daily case count remains north of 100 over the past several weeks.
With a small but increasing number of cases showing up with the Delta variant, T&T’s Minister of Health Dr. Terrence Deyalsingh, told a local television show that it could mean trouble for a nation that is still for the most part, unvaccinated.
(Although a million doses have been administered, only about 39 per cent are fully vaccinated.)
“If the Delta variant gets hold in what is largely an unvaccinated population, then heaven help us,” he was quoted as saying about the mutation that is at least three times more transmissible that the original virus.
“Our hospitals will not be able to cope. We will suffer. The economy will suffer. Our way of life will suffer and other countries which are battling with Delta variant… you see what is happening all around the world and our way out of this is simply to get vaccinated.”