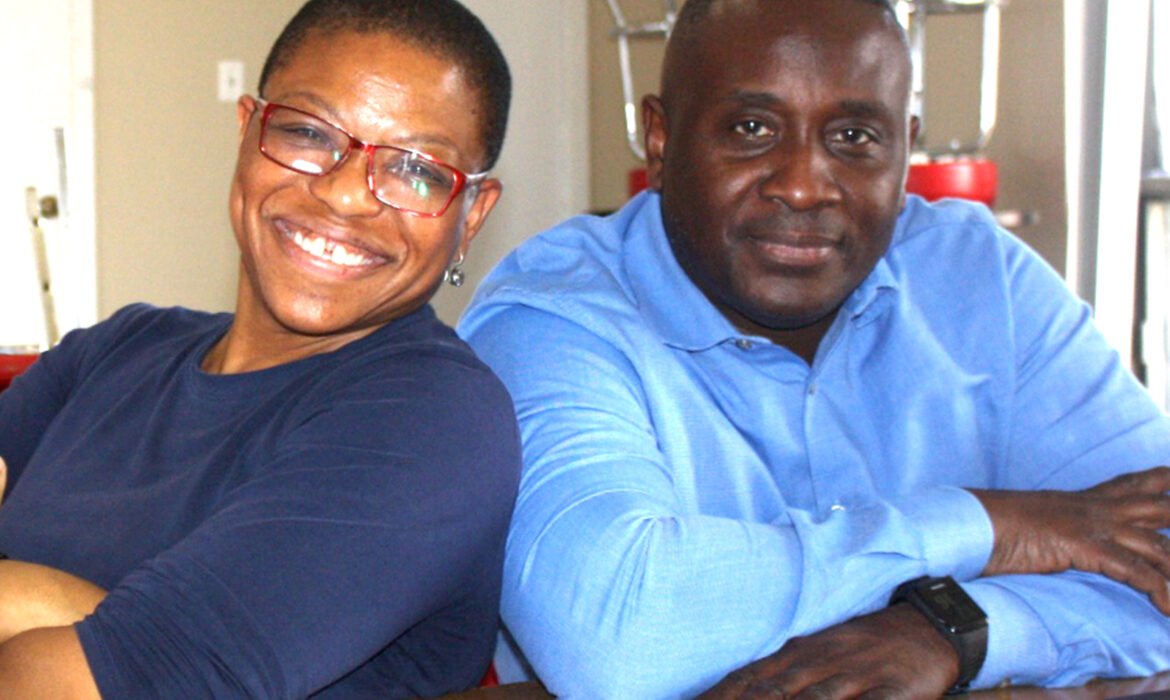 Expect temperature checks and other protocols

Since the start of the pandemic, COVID-19 has cut a wide swath of destruction across our community, disproportionately infecting Blacks and other minorities in and around the Montreal, as it has in major cities around North America.
As one of the longest standing organizations in our community, the Jamaica Association of Montreal quickly recognized that reality and positioned itself on the frontlines to protect its members and others in the community from the scourge of the virus.
Association president Mark Henry together with first vice president, Sharon Nelson has been leading the efforts.
They say initially the fight was against distrust and misinformation among the membership and within the community.
“So much of what we confronted in the early days was about to accept the facts and conspiracy theories surrounding COVID-19,” Henry told The Contact in a recent sit-down at the association. “Many people had serious doubts and felt a need to challenge science, especially when it came to the vaccine, they felt it was happening too fast.”
Aware of the dangers of that mindset taking hold among the membership and across the community, Henry and Nelson with the collaboration of the other board members embarked on an extensive education campaign to raise awareness about the virus and the importance of adhering to government protocols and directives.
Nelson, who earned her reputation as a stickler for details soon initiated temperature checks protocols on people coming to the center including other board members.
“Can’t say it was welcomed at first but I insisted, even taking my own temperature everyday. But more importantly we made it clear that anyone who refused to have their temperature taken would not be allowed to enter the center. Eventually, others became comfortable with it,” she told the CONTACT, while training her hand-held thermometer on the reporter’s wrist.
“Yours is thirty-six, Mark’s thirty-six and mine’s thirty-five point five,” she quips matter-of-factly.
She spoke also of maintaining other protocols such as installing a proper ventilation system (air purifier) and social distancing mechanisms for the weekly line-up of Montrealers who visited the center for its food-bank.
“From the very beginning, we tried to be out in front of the virus, to protect our members and the community,” she said.
They both spoke also about an extensive advocacy campaign that included getting more testing sites in the area, as well as collaborating with Quebec public health department and other community groups to facilitate on-site vaccinations in areas where there are large Black or immigrant populations such as in Duff Court in Lachine.
Of late, Henry says their efforts have been centered on dispelling mis-information on the vaccine.
“To counter all the nonsense out there, we held a major zoom conference with a doctor and a public health official to educate people about the vaccine (safety and efficacy) also, we brought in a travel industry official from the Jamaica Tourist Board to share information on the importance of the taking vaccine for those wanting to travel,” he says.
He added that their success so far in warding off the coronavirus is due to a team effort involving all the members of the association’s board of directors including: 2nd Vice President Alexander Townsend, Melrose Christopher, treasurer, Keisha Wilson, secretary and directors Clyde Williams and Uton Lynch.
“Thankfully we have had not one case among out members or those visiting the association so far,” Henry asserted.
He says the next step is to collaborate with other community organizations, including those from Nigeria and Ghana as a way to extend the efforts to protect our community from the most harmful extents of COVID-19.