Unjustifiable suspicions in the metro 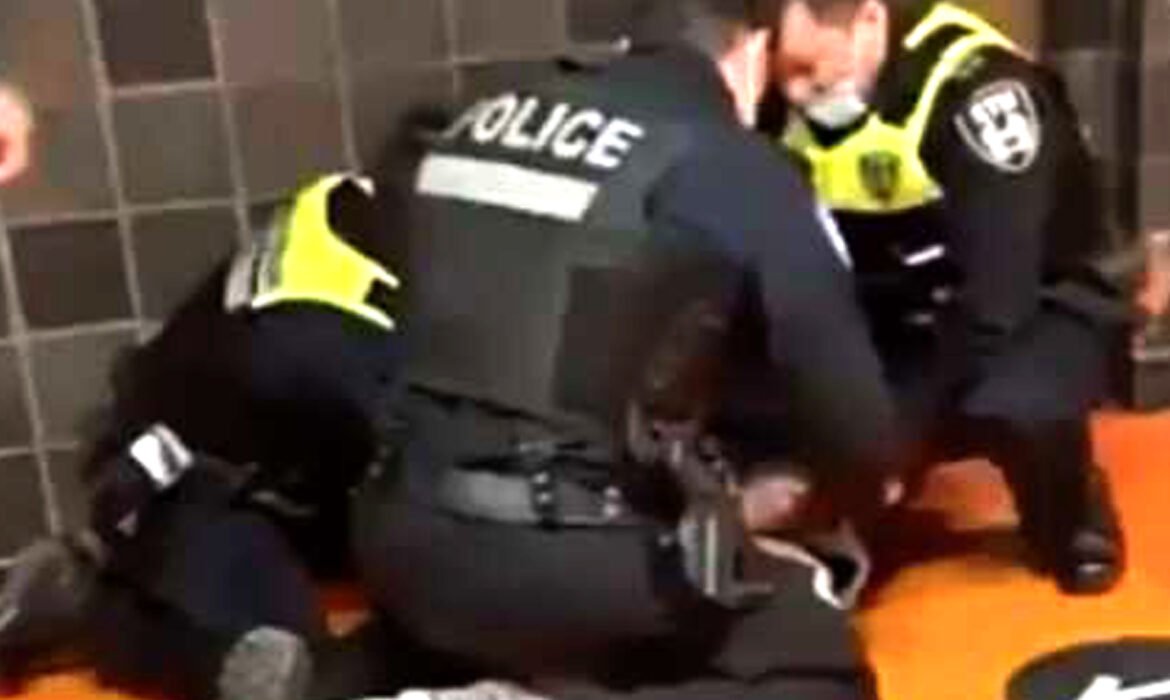 Black woman abused by STM officers at Jean Talon metro. Does it signal a new normal?

The repeated cries for “maman” from a platform floor at the Jean-Talon metro station got louder with each punch.
The fist belonged to one of two Société de Transport de Montréal (STM) yellow-vested inspectors pinning down the female commuter. Some bystanders began recording the attack while others struggled to free the woman from the pair. With the STM’s transforming inspectors to police officers with broad discretionary power, this unfair fight is setting out to be the new passenger experience.
According to the STM website, on-site ‘special constables’ increases a “feeling of safety.”
They have routine tasks: improving “customer flow” and having “vehicles towed that are parked in reserved bus lanes,” and tasks of conflict resolution like putting a stop to harassment, handing out tickets and arresting commuters.
More controversial than their ability to arrest passengers is their discretionary power of justifiable suspicion.
The website states that justifiable suspicion gives “special constables” the right to ask for ID when they suspect someone has committed an offence. In other words, they don’t have to witness or be told of a crime to stop and question a service user—seemingly a very short, slippery slope to stop and frisk.
The “clarification” published on the STM site April 19, claims the commuter, who was being accosted by the “special constables” was seen “crossing the turnstile without showing a valid fare.”
And when she was approached and questioned, she “refused to cooperate or identify [herself].”
Based on justifiable suspicion, once asked, the passenger has to comply because a refusal to provide identification may be seen as an “obstruction of the inspector’s work,” and result in a charge of obstruction or “a statement of offence” in other words, an arrest.
Nine bullet points lay blame at the victim’s feet, even that the SPVM looking into assault charges against her.
What is unclear is their approach and conversation.
The escalation in the use of force segment led to one question: are STM constables, inspectors and police trained on stages of escalation?
To that question, public relations corporate advisor Philippe Déry’s email stated “[STM media relations] would be putting out another press release on the matter the following day and would send me a copy.”
Training was not addressed, though it’s required to upgrade inspectors to yellow-vest special constables.
A single module, whose length is unknown, may force these transport “peace officers” to improvise arrest tactics—as depicted in the viral video. Montreal voices are on the rise, however.
Opposition to reverse this law-and-order service is underway. So far, www.change.org petition signatures exceed 16,500 of the 25,000 needed to obtain a public consultation.
Is it surprising that the commuter who was brutally attack is Black?
Being subjected to stops based on inkling is wrong, especially in a city, province and country that are each guided by a “charter of rights.”
At a time when civil rights are being rolled back, we cannot let our kids fall victim to this STM value of entrapment.
A 7-year study (2012-19) published this winter presents statistics on ticketing homeless Montrealers accused of violating the public conduct by-law.
This new law-enforcement service in the context of public transport during rush hour will fill city coffers while brushing especially teens up against the law through alleged theft or offensive public behavior.
Certainly, the anonymous commuter on her way to her chosen destination never expected to be wrestled to the ground for allegedly not paying the right fare.
Can we support the mayor’s 2030 sustainability agenda by using public transport when targeted? Being green must not come at the expense of our peace of mind.
Community minibuses and maxi-taxis may give us a much-needed alternative.