The Taste of J’ca at Cool Runnings 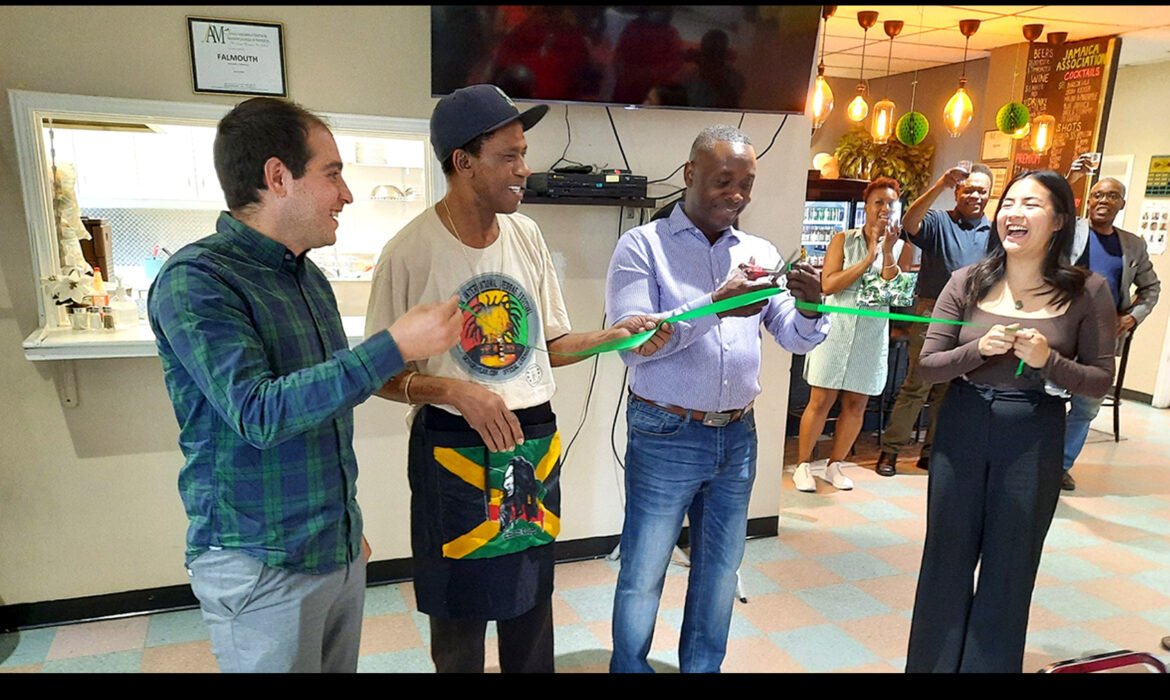 The Grand opening of the Cool Runnings Restaurant, at the Jamaica Association of Montreal, was held on Saturday, May 28.
It was a wonderful moment to welcome members of the
Asociation, organizations, community associations, elected officials and members of the public to formally inaugurate this new restaurant.
The event included blessing the restaurant and offering a toast to its success.
Organizers also took the opportunity to thank the many individuals and chefs who graced the kitchen over the years.
Jamaica Pride was one of the original restaurants that started with Rupert Edwards and Courtney Allen as early as 1997. They went on to open Mango Bay which in downtown Montreal on Mackay Street.
There has been a restaurant at the Jamaica Association for close to 30 years and many chefs and cooks have created memories there. Winston “Pick” Richards, our current chef, was there from 2010-13.
Cool Runnings Restaurant was reopened in early April and has been doing well, thanks to the support of the community.
The idea to bring back the restaurant has been in discussion for a long while, as there as a three-year period between 2018 and 2021 where it was closed. At that time, it was called “The Jerk Pit”. Earlier this year, Mark Henry, president, on the recommendation of the board reached out to Winston Richards to return to the association. He gladly accepted to the board’s delight.
One other differentiator is that this time Cool Runnings Restaurant is owned and operated by the Jamaica Association of Montreal. The reopening of the restaurant is another way to first promote Jamaican cuisine from within the association as well as to create additional sustainability for the organization and to raise funding to put towards the purchase of a building.