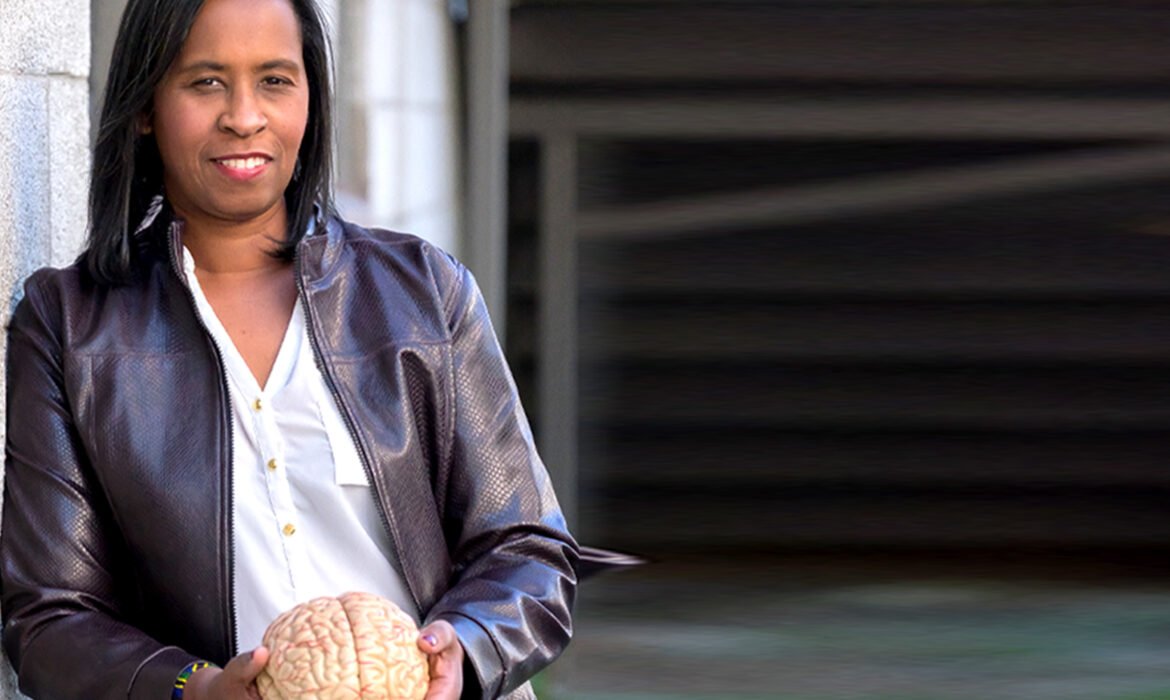 Lisa Dennis knows a thing or two about the brain. Most importantly she knows of its capacity for rehabilitation.
So for the past two decades this former Montrealer’s focus professionally has been on finding ways to help people with various brain-based disorders heal themselves and improve their lives.
In doing so for the most part, she has had to chart a course of her own, sometimes going against the grain of conventional treatment.
Which means Dennis has had to walk away from public institutions such as hospitals and other treatment clinics where her penchant for creativity and “thinking outside of the box” is oft-times looked upon with scepticism.
And it’s one of the main reasons why she established her private practice in 2014 in Labrador where she and her military husband were stationed, she told the CONTACT in a recent telephone conversation.
However, it was in 2016 when they moved to Halifax that Lisa’s – Holistic Rehab & Neurofeedback Inc. really took root, allowing Dennis to fully explore treatment options that went beyond “band-aid” solutions to the debilitating impact of many brain-based disorders.

“We now know that the brain is highly adaptable and for the brain to change we must provide interventions that are engaging, novel, repetitive, and the just right challenge…” she states in treatise on her business. “I offer cutting edge, evidence-based interventions that incorporate these principles. For instance, neurofeedback is backed by decades of literature to support its effectiveness for helping ADHD, depression, anxiety, PTSD, insomnia, autism, sensory processing disorder, dyslexia and many other brain-based disorders.”

Over the years, Dennis has made significant investments in her training as well as in equipment to enhance her capacity in rehabilitation medicine.
She initially, clients in Eastern Canada might not have been as receptive to some of the cutting-edge interventions as those in other major city centers, nevertheless, her practice continues to grow.
And with a satellite office already serving clients in New Brunswick, she has her eyes set on another expansion to Prince Edwards Islands as soon as the opportunity presents itself.
So far, Dennis counts among her most significant achievements the inroads she has been making in the Nova Scotia’s Black community, where she has been bringing her message of healing and rehabilitation to people who are in the throes of hundreds of years of trauma due to systemic racism.
In recent months she has participated in Barbershop Talks sessions of the Nova Scotia Brotherhood Initiative, which provide mental health support from the comfort of a barber’s chair to get Black youth talking about racism and pandemic-related mental health issues.
As well, she has participated in other community initiatives such as the Health Association of African Canadians and the African Canadian Services Division (ACSD) within the Department of Education bringing to bear her expertise on mental health to the benefit of our community.
Her efforts and the dynamism of her business and practice earned Dennis recognition as the HP Black Entrepreneur of the Year 2021 from the CanadianSME Business Awards.
It’s a highly prestigious acclamation which she says recognizes her commitment to her community and cultural rehabilitation as well as to pushing the boundaries of innovations in her discipline.
But for the former Montrealer who earned her Bachelor of Science degree from McGill University, her Master’s from Dalhousie and is currently completing her doctorate at Boston University, there’s still a lot of work to do when it comes to stress, trauma and our community.
She is using her doctoral studies to focus on reducing the academic achievement gap that divides young Black learners and mainstream students, much of which hinges on systemic racism and the inherent biases of school teachers.

“My goal is to get not only teachers to recognize those biases but also school staff and other professionals, many of whom are involved in misdiagnosing Black students with learning disabilities and behavioural problems,” she told the CONTACT. “Ultimately, we can see it as rehabilitating racism.”