Advertise with Us
Home Events Sweet Pan and music in Abundance

Sweet Pan and music in Abundance 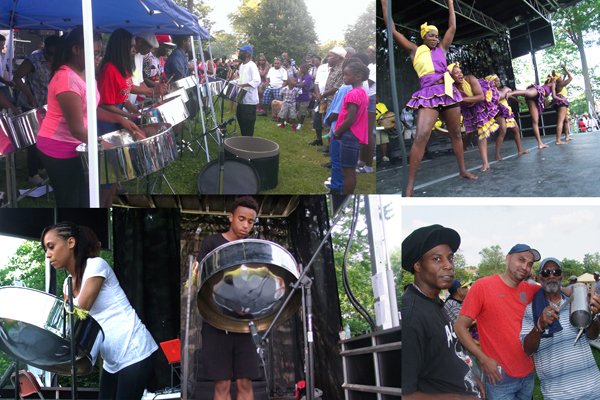 They came in huge numbers to hear sweet pan and enjoy an evening of performances and fun at McKenzie King Park in Cote des Neiges.
And they left fully satisfied after getting a taste of Trini-style Panorama music from Salah Steelpan Academy, who are in preparation to compete in the International Panorama Competition in Trinidad and Tobago.
After the first delivery of Salah Wilson’s arrangement of Outta de Box, the crowd wanted more, so the Academy served up another taste of the catchy, intricately arranged song only to be called upon for yet another sampling. So went the evening.
Other magnificent performances were delivered by West Can Junior drummers, West Can Folk Performing Group, and a line-up of pan soloists, rappers and the pulsating sounds of Montreal Rhythm Makers.
After performing in many venues across the city, the Montreal International Steelpan Festival returned to Montreal in fine style.