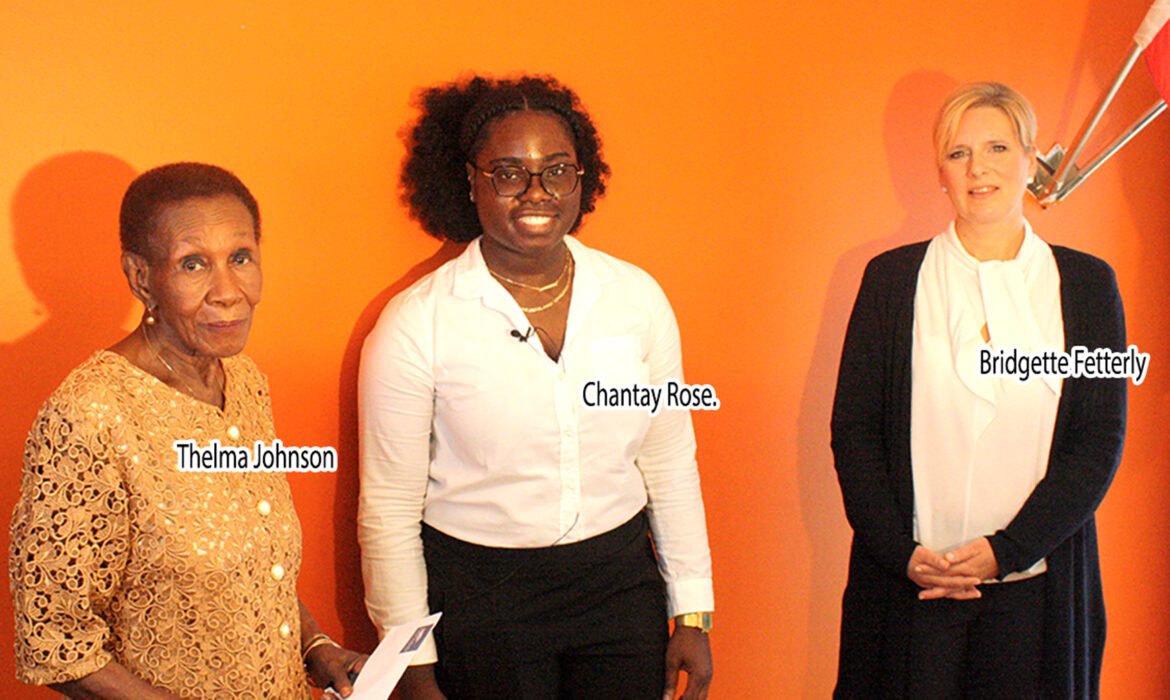 Since 1985 the Caribbean Pioneer Women of Canada has been offering scholarships and bursaries to deserving students in Montreal and Jamaica.

Over the years, the long-standing organization has handed out more than $100,000, helping hundreds of students make their through college and university as well as donations to schools here and in the Caribbean.
The driving force behind this initiative has been Ms. Thelma Johnson, who founded the organization 36 years ago, banding together women from the Caribbean who came to Canada between 1955 and 1967 as part of the West Indian Domestic Scheme.
This year, the membership of the organization decided to pay the ultimate tribute to its founder by renaming the annual educational initiative, The Thelma Johnson Scholarship Fund (TJSF.)
On Thursday, September 9, they held a brief ceremony at the office of the West Island Black Community Association to announce the name change of the scholarship and to hand out the $1000 cheque to the first TJSF recipient, Chantay Rose.

On hand for the presentation was Bridgette Fetterly of Kane Fetterly Funeral Home, which has been supporting the scholarship for the past several years, several members of the organization as well as film crew from MBI Productions who are working on a documentary about Ms. Johnson.
Ms. Johnson, who at 93 years old is still active in her community work, acknowledged the lasting support of Ms. Fetterly and thanked the membership of the Caribbean Pioneer Women for the recognition.

Rose, a graduate of Vanier College, who is currently completing an Information and Technologies program at John Abbott College, thanked both parties for the financial assistance and promised to continue giving back to the community and to the Caribbean Pioneer Women of Canada Inc.