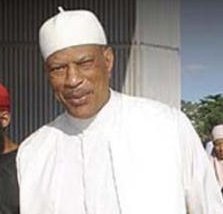 Just over a month ago, a well-placed officer of the Trinidad and Tobago Police Service was disciplined for hinting that the government might be plotting to declare a state of emergency as a way of delaying the expected national elections due in September.
On July 21, several well-placed members of the government felt compelled to assure the nation that no state of emergency was in the offing as the country’s security forces went on high alert following the arrest of Yasin Abu Bakr, leader of the Jamaat al Muslimeen.
Media reports say he was arrested in connection with the murder of high profile attorney Dana Seetahal, who was shot multiple times in her vehicle on May 4, 2014 on her way home from a nearby casino.
Seetahal, a senior counsel and former senator, was among the most talented legal minds in T&T, and her unsolved murder has been sending shock waves across the country.
In the course of her duties, she had two high profile interventions with Bakr.
In 2010, she supervised the sale of ten of Bakr’s properties to recoup about $42 million in damage to state property during the 1990-attempted coup.
And in 2012, she prosecuted Bakr for sedition for statements made in a sermon he delivered in 2005.
The arrest of the 74-year-old Imam and leader of the Muslim organization, together with eight Jamaat members, is the first real inroads made in the case after more than a year of investigations. And it immediately triggered a reaction from his followers.
A well-placed member of the organization was quoted as saying that the Jamaat al Muslimeen will “do what it has to do” to secure the release of its leader.
So far, members of the group, including women and children, have been staging vigils around the area of Port of Spain, T&T’s capital, where Bakr is being detained. They promise larger and more sustained vigils.
But there can be no denying that arrests are also triggering security concerns.
Although the country’s National Security minister will not admit to any possible threat to the government, the Trinidad Guardian newspaper reported that his ministry issued a release dispelling rumours of “any impending national disturbance,” less than 24 hours after Abu Bakr was detained.
The ministry reportedly also stated that all steps were being taken to ensure the preservation of order and overall security.
The newspaper also reported that there was also heightened security at police stations and surveillance at ports of entry across the island stemming from suspicions that relatives of members of various Muslim organizations were leaving the country in groups.
T&T Police Service also confirmed that police officers on vacation leave had been recalled to duty.
However, representatives of the Jamaat al Muslimeen see it all as posturing on the part of the government. And according to Bakr’s son, Faud, targeting T&T’s  “most popular scapegoat” in a case that investigators have never been able to get a handle on.
Bakr’s detention comes a week before the 25th anniversary of the 1990 attempted coup by the Jamaat al Muslimeen, when Bakr led about 200 insurgents in an attack on the Trinidad and Tobago government on Friday, 27 July 1990. His men stormed the Red House, the nation’s seat of Parliament, and attacked the offices of Trinidad and Tobago Television (TTT), the only television station in the country at that time, and the Trinidad Broadcasting Company, then one of only two radio stations in the country.
Then prime minister, ANR Robinson and several members of Parliament were held captive at the Red House along with several journalists at the television and Radio stations.
The incident ended on August 1, when the insurgents agreed to surrender in return for an offer of amnesty from the government.
Twenty people were killed and Prime Minister Robinson was beaten and shot when he tried to order the army to attack the militants.
As many of his followers expected, Iman Abu Bakr, and another Jamaat leader were released early afternoon Wednesday, July 22. No charges were laid.
Bakr refused to  speculate on reasons for his arrest and detention but a well-placed member of his organization was on national television suggesting that the government wanted to use them as “scapegoats” to declare a state of emergency.