You will never become a woman or a man of impact if you don’t like to work.
On one hand many people talk about work and money, but don’t like to work; some people on the other hand have no work ethic but want to keep a job.
Today, it’s time to take responsibility to get a job and commit to being a good worker in life. It’s for your own good. I’m not speaking to retired men and women, but rather to those who are actively in the workforce, or are still fit and able to work and contribute to society.
Contrary to the thinking in today’s modern culture, there’s a lot of dignity in labor. As a jobseeker, don’t keep waiting for a particular job; whatever your hands find to do while looking for what you want begin to do it with all your might; whatever you’re looking for will meet you in the process.
The distance between you and your dream job is discipline; it comes with practice and will flourish with experience. So, though you may not be there yet, do not be afraid to get out there and work. Young people, idleness is an enemy of destiny, don’t give it any room.
God loves workers. He created work as an antidote to all manner of weakness and sickness.
The physical body can be compared to a building, and like any unused or unoccupied building it will soon begin to deteriorate.
Did you know that the first thing that God gave to men was a job? Even before he showed man what to eat he showed him how to work, how to be useful and take responsibility. Therefore, let’s talk about work before we talk about food. In the book of Genesis it records that “the Lord God had formed out of the ground all the wild animals and all the birds in the sky. He brought him or her to man to see what he would name him or her; and whatever man called each living creature, that was its name. So man gave names to all the livestock–the birds in the sky and all the wild animals.”
God had established a working habit for man even from the Garden of Eden. Working people have the ability to develop nations; this was a concept widely taught in South Korea. It was among the poorest nations in 1948, but after teaching the importance of a work ethic, the people began to work now they have become the 13th largest industrialized nation in the world.
Let’s face it, the government does not help you and your family in the same way that you can help yourself. When they give you welfare, it will affect you and your family later in life. You may not see it now, but later in life you will see the effects, and chances are you will not Iike it.
The Bible talks about the sluggard man, the lazy man, and warns us to not follow his ways. This is a type of person described throughout proverbs. Such people are useless in society and most of the time they are being targeted by the police. Proverbs 15:19 tell us that the way of such people is blocked with thorns.
God put man over the environment to exercise dominion and keep charge through work, so God cannot accommodate laziness. Work is not a punishment but a polishment. God is using work to polish your life so you can shine brightly as a good privileged worker. So your skills and abilities can be seen, developed, and put to use for your community.
We need to read how Abraham was rich. He expanded his herds and his camp in great numbers; he worked very hard to realize his accomplishments and help his family have a better life.
Today I’m talking about the importance of work because there are too many unemployed people and too much unemployment among the Black race, especially among the young men.
Listen, it’s time to recover your human dignity. Black men, I encourage you to become workers in society. It’s time to rebuild your life, time to rebuild your great nation. It’s time to rebuild this great continent.
I would rather see you become a committed and fulfilled worker than a useless beggar.
You will never know success until you are willing and ready to work. 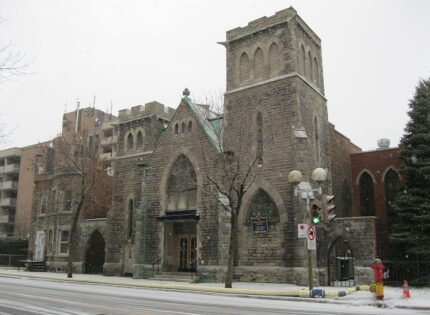