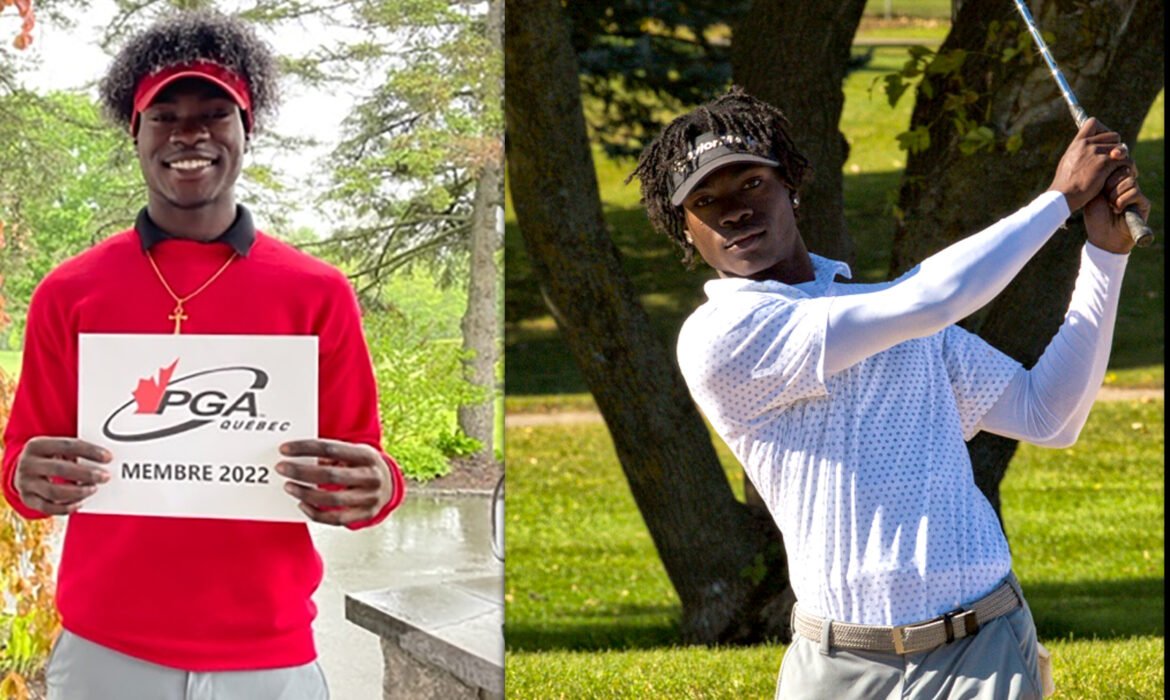 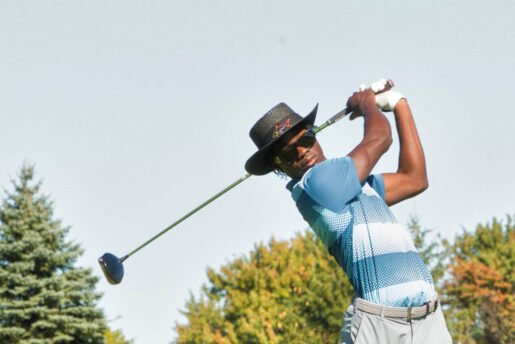 Zaire Odle carries the weight of expectations well.
You see, big things are expected of the 21-year-old Montreal golfer who recently turned pro and has his eyes set on taking on all comers and making his mark on the game.
“There’re times when I think he can seriously challenge Tiger Woods,’ so says Marlon Long, a noted entrepreneur, former college footballer and basketball coach. He is building a management team around Odle.

“From the first time I saw him play, I thought Zaire has all that it takes to reach the top.”

His friend Bryant Frazier, a former pro footballer who played wide-receiver for the Ottawa Roughriders is equally convinced that Odle has what it takes to become a dominant player on the circuit.
He likes the youth’s commitment to the game.

“It’s the first on his list of priorities. He eats, sleeps and breathes golf,” says the Montreal born golf enthusiast. “Most importantly he has the work ethics and the skills that can take him somewhere.”

Those expectations are par for the course for Odle, who has been on a path to success on the golf course as a child in Barbados where he was born.
His grandfather, Franklin Stevenson a former professional cricketer was also a pro golfer who was an instructor at Sandy Lane Golf Course, so Odle has been exposed to the game at the highest level from a very young age.

“I started playing when I was three years old,” he says, proud.
At nine-years-old, Odle was named the top golfer in his age group in Barbados. By that time he had won three golf tournaments and he made it known that one of his idols was golf phenom, Tiger Woods.
He says although he participated and was outstanding in other sports, he remembers being obsessed with golf back then.
But said his parents, although supportive of his aspirations have always tried to control his runaway enthusiasm and keep him focussed on other aspects of his life.
Odle traveled a lot in his youth because his mother worked with the United Nation. He says every new country brought an opportunity to try another golf course.
Along the way, he played in Ethiopia and in South Africa.
By the time he moved to Canada when he was 16 years, he had already committed himself to going as far as his talent would take him on the golf circuit.
He played with the John Abbott College golf team and has been teaching at the Dorval Golf Course while seizing every opportunity to play different courses across North America and across the Caribbean, including Barbados, Antigua and Trinidad and Tobago. So far he probably played on about 100 different courses.
In many instances, he says, he is the only Black guy and spectators and other players are usually blown away by his exploits on the links.
This past June, he decided to go after his professional golf card and easily surpassed the 81 scoring expectation scoring a 78, which was the lowest of the day.
His scoring average to date is a remarkable 73.4.
In tournaments, he says that score is a bit higher, because of he’s yet to master completely the mental jitters that come with playing at that level.
However, with his pro golf card in hand Odle says, he has privileges to play on any golf course around the world for free.
And those opportunities will go far in helping him improve his game as he makes his way to the big leagues and eventually on either the PGA or European tours.
He says he is comfortable where he is at with his game. especially when it comes to his skills-set.
Improvement comes when he wins the mental battle with his mindset.

“When playing with an ex PGA Tour player, I noticed not much of a skill gap, however his mental strength of playing well on a course that he didn’t like and never letting bad shots get him down, was the difference maker. “

Odle says his next task is to continue to build a team that would help him get to the next level. He is already surrounded by a couple solid individuals but still needs to bring in proper technical support personnel around him such as physio, masseuse, nutritionist, psychologist, chiropractor, trainer and club fitter.
As well he says, although there is already some corporate interest, there’s a lot of work to be done to get the right sponsors to help him get up to where he belongs on the professional golf circuit.
His message to Montrealers and the world is: keep an eye on your television screen…. he is the tall, dark and handsome guy with the big winning smile.