At the noble age of 92, Mrs. Sylvia Ella Forde (nee Warner) (Barnes) passed away on Saturday September 10, 2022 with her devoted husband Denville Forde at her side.

Nana will be sadly missed by her many grandchildren, especially, Simone, Tenisha, Shancee, Serene, and her youngest great-grand daughter Sorai-Dalia.

Aunt Sylvia was appreciated by many nieces and nephews in Toronto, Barbados, St.Kitts, U.S, and the U.K., as well as close cousins and dear friends, here in Montreal, Bermuda, Antigua and New York. 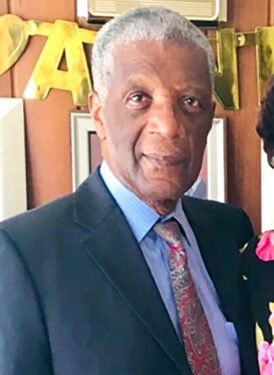 Forever in our hearts.
Your wife Norma, daughter Susanne and son Wayne 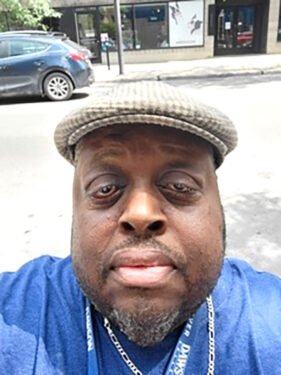 There’s a reason why they call Oswald Wyke The Wizard of Oz. He made stuff happen.
He died on Wednesday, October 5, having lived a life full of joy and friendship. He was just a little past his 60th birthday.
In the part of Montreal known as Little Burgundy in the 70’s and 80’s, Black culture was alive and thriving in the arts, sports, music and other areas of interest for the army of up-and-coming street legends emerging from the community.
Ozzie as he came to be known, was one of them. He was born in Montserrat and came to Montreal as a child and quickly made the city his own.
In addition to his many passions, music was his thing.
Many who grew up with him and those who have come to know Ozzie are hurting. They all have stories:
Malik Shaheed is a legend in his own rights having carved a path of excellence as an entrepreneur, community worker, radio and television host, impresario and of late, politician. He was one of the closest to Ozzie.
He remembers his cousin as a pioneer in the music sphere.

“We lived across the street from one another in city housing on the corner of St-Martin and St-Antoine. Ozzie was also a DJ in the 70’s and 80’s and was one of the early pioneers to promote #HipHop and #Funk music in Montréal. On the weekends his apartment was party central. Young People from across Montreal (NDG, LaSalle, Cote des Neiges, South Shore, West Island) would come and hang out and visit him while he would play his music and take pictures. Ozzie’s other Love was taking pictures; he really captured the 80’s vibe.”

Rickey Daly, known to all as Rickey D, one of the biggest names as a music promoter in Montreal with decades of experiences bringing to the city some of the biggest names on the entertainment scene.
He too remembers Ozzie as a spark plug.
“Ozzie was in love with music. His musical influences ranged from The 70s and 80s James Brown, Isley Brothers, Ray Goodman & Brown, LTD, George Clinton, Funkadelic, Parliaments, Africa Bambatta of Soul Sonic Force, Von Mason Bounce: rock, roll skate, the whispers, new edition, Confunkshun, Evelyn Champagne King, Cameo and many others. He was also an early advocate for Reggae music, listening to Bob Marley, Jimmy Cliff, and Peter Tosh.
But according to a lifelong friend, Jackie, Ozzie meant much more to the Little Burgundy community.
If you had a problem and needed someone, he had your back, he was THE WIZZARD OF OZZ. A true pillar of the community. He was the first to volunteer for any tasks that better the life for the people of his Little Burgundy.
He’s always at the forefront for the people, especially when the community called for a hero to champion for their cause, he selflessly volunteered his time and whatever resources he had for the kids and elderly alike. He was that broad shoulder that served as a resting place when you were sad, when you were happy and when you were confused.”

Ozzie is survived by Jackie his best friend and special lady, son Olonzo, grandchildren Zéjah, Zélon, Zélja, Zévia, Niomi, his , aunt’s and uncle’s Melda, Julie, Richard, Winston his cousin’s Shaheed, Bakari , Elan and his many friends and family members. There will be a viewing on Thursday October 27th ( 5:00pm – 9:00pm ) and Friday, October 28th ( 3:00pm – 9:00pm ) at the Actuel Funeral Home in Verdun . On Saturday there will be a Celebration of Life at CEDA in Little Burgundy from 6:00pm – 10:00pm.