Advertise with Us
Home Entertainment Meet Denniston Mullings. We know him as Sampaloo 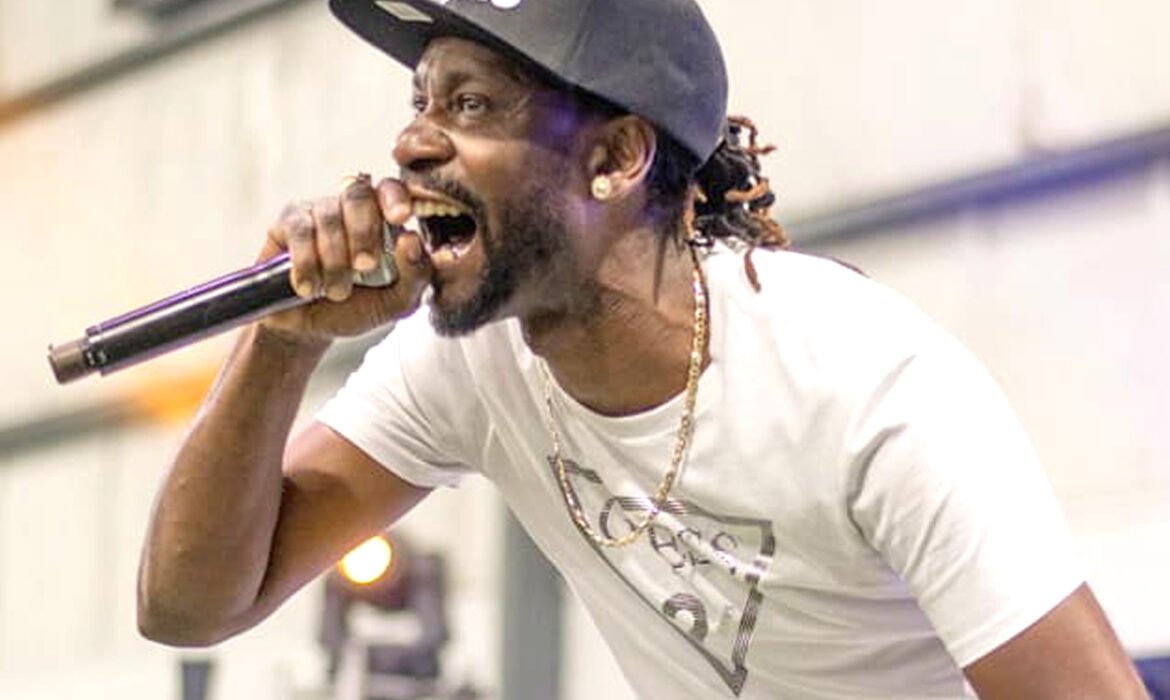 As my regular readers know, my 2021 theme is Gratitude & Appreciation.
Also, I promised to highlight more local content as 2020 was surely a struggle and eye opener and we were faced with an abundance of obstacles.
Therefore the reason I believe struggles can only end when the gratitude begins.
That being said I would like to shed light and gratitude on Montreal’s Dancehall / Reggae artist Sampaloo in this issue as his new hit “Ding Dong fly plane” is going viral on Twitch.tv.
For the past few months the chorus of Sampaloo new hit title: “Ding Dong fly plane” has been a catchy, memorable and continuously playing in my mind days after being played (brainworm).
SAMPALOO was born in Kingston, Jamaica as Denniston Mullings.
Sampaloo grew to become a professional athlete in Jamaica and always thought that running would’ve been his life-long career.
However, his fate had taken a change after getting involved in a farm aid program, which brought him to Canada.
Upon his arrival, he developed a passionate interest in music. Taking cues from conscious artistes like Josey Whales and Charlie Chaplin and dancehall stars like Beenie Man and Bounty Killer.
Sampaloo forged his own style and began his music career.
His musical style evolved into “hardcore dancehall reggae” and addresses issues such as “Black on Black crime” and violence as well as family values and encouraging the youths to stay in school, hence the reason he’s know among his peers as the “people’s governor.”
Sampaloo is very family oriented and takes pride in his children and that’s why he encourage and has gotten them involved in his music career.
He appeared on Montreal’s very first International Reggae Festival as well as Calgary’s International Reggae Festival.
He was also nominated for a Canadian Reggae Music Award in 2004 for his song “Immigration” which addresses the struggles he had encountered trying to stay in Canada.
His EP “Landed”, debuted in 2004, is an answer to his struggles being overcome.
Since then he has created many more hits such as “Welcome to Montreal” (2007), “Black and Proud”, “Rumors” – Zero Tolerance Riddim (2010),“300lbs” – Badda Don Riddim (2010), “Baby Mama Drama” – StarBwoy Riddim (2011) – “Ova Gyal,” “Break the Bread” (Chiney K Production/2011) and many more.
In 2010 Sampaloo released the hit song “I Got a Ceiling” the “I got a feeling – Black Eye Peas Remix” is a musical parody revealing the truths of the hardships that people living in the low income areas have to deal with.
This hit took the internet by storm, making top ranking on sites such as WorldHipHop.com, OuttaRoad.com and more. With the song’s success an official music video was made.
Sampaloo has been continuously been putting out music that becomes the voice of the community and still do so during this pandemic.
After listening closely to the words of Sampaloo viral hit: “Ding Dong fly plane,” I believe it derive from the plane crash that took place in Jamaica on January 23rd 2021.
That’s when a plane bearing the Mexican flag that crash landed in Rocky Point, Clarendon, on Saturday 23rd 2021, evening was on a smuggling mission.
Sampaloo version seems to be both entertaining and comical as he makes reference to other international Dancehall artist in the song.
This song has become a favorite for all dancehall djs on the Twitch.tv platform. Sampaloo is an underrated artist that deserves more recognition.
We can be confident that “the people’s governor,” will always carry the Montreal torch high.