Sometimes it’s difficult to tell the truth, doing what some people refer to as “speaking truth to power” without being seemingly offensive in the process of explaining the issue or subject in question, which would’ve been easier to leave unresolved, or simply hold the tongue, or fold it, if possible, so that certain issues, subjects… remain open, or simply unresolved to be continued in a future tête-à-tête.”
In the interim certain words that might be germane to the matter will remain unspoken. But as conversations go, and given certain circumstances it’s often easier to offer a “mea culpa” and simply get on with life…
Which one Ye’ West, many peoples’ proverbial social media butterfly and recurring whipping boy with a penchant for naturally exhibiting his innate skills, spitting rhymes without an audience, improvising as it were, by spontaneously exhibiting his natural talent craft that regularly come to mind when he’s on a roll and without prompting, thinking before spitting… in the process sometimes offending some, as he did a few weeks ago when he let loose what some people regarded as insensitive words, creating a verbal firestorm in the process within and outside one of America’s most powerful and historically recognized so-called minority community groups (in terms of its relation to the now dominant majority Euro- settler populations, many of whom arrived on the Mayflower, as well as others later, (including Slaves for the drudgery) to civilize, exterminate, ravage and re-populate with the new colonials what, at the time, they regarded as their “New World.”
It is that historic backdrop and 21st Century images and life and living that have provided Ye with the inspiration, knowledge and information to create and if you will regurgitate whatever life’s providing him albeit not always palatable to the generations of the day. But he’s simply living twenty-first century life as he’s seeing and is been impacted and or affected by it.
As distasteful, disturbing or unnerving some of his rhymes or statements might be, In twenty-first century parlance and various public statements we’ve heard over the years some will simply say it’s simply life imitating art.
And in this era of rampant individual creativity along with recurring utterances in media of “free speech it’s exactly what, love him or loathe him, his creative and busy mind are allowing Ye’ to do.
Troubling as his statements may have been, and his once verging billionaire status being threatened
For centuries have been ravaged the nation’s Indigenous peoples for centuries undemographic composition, in terms of its relation to the majority settler population, which now dominates the nation’s population composition. And thankfully that’s where the sociological composition for my personal reasons and this treatise ends.
As a news hound or consumer, I too saw and heard Yé (?) spout his less than palatable words, so there’s no reason to write them. As many people have said, and continue to say, just “let sleeping dogs lie.” Fair enough.
Yé’s loyal multi-million fan base will continue to support him by buying his music and other popular products he creates
So just because he’s perfected the technology to mass produce electric vehicles, in humankind’s/earthly forces quest to build energy efficient vehicles to reduce destructive emissions (deathly pollution as we’ve come to know and understand it) /pollution to save the globe and humankind (and life as we beings know it have dubbed him “the richest man in the world…” and more, he’s regarded as super human and whatnot on his global pedestal and whatnot, now
Too bad the state didn’t have the power or wherewithal to sanction Elon Musk and his $44-billion social media platform deal, which he recently used to publicize some disparaging remarks to the people who essentially used his multi-billion$ platform re-tweet politically poisonous info to subscribers.
He essentially, or better stated, made good on a plan/promise he had made in March of this year and after months of uncertainty, that he is giving “serious thought” to building a new social media platform. By no stretch was money was a proverbial “determining.” factor. The man possessed the means. Perhaps he was simply awaiting the stars to align as it were. He’s a white man from South Africa, one of Africa’s most resource-filled and precious mineral-blessed countries.
When they travel across the seas and oceans one must assume that people like him are transporting/scuttlinng the continent’s wealth from one rich nation to another, which is familiar with the notion of human exploitation of human beings-slaves wealth extraction/theft.
$44-billion deal to buy the social media platform Twitter. That money was a no-brainer for Elon.
Sure,
sought to assure advertisers the platform won’t turn into a place that’s too unsavory to spend their dollars. “Twitter obviously cannot become a free-for-all hellscape, where anything can be said with no consequences!”Kanye Omari West to just one name, one syllable: Ye Ye´ (Pronounced like “yay.” Or in French with an accent on the e’
What did Elon say about Twitter… on his election rant ? Musk on his Twitter megaphone… about election… pelosi incident etc.
One thing he did say is that he’s “trying to save humanity…” hence his messiah syndrome
This just weeks after assuring advertisers… the world, of his plans to acquire the global platform and potential advertisers that Musk sought to assure advertisers “… the platform won’t turn into a place that’s too unsavoury to spend their dollars… and that “Twitter obviously cannot become a free-for-all hellscape, where anything can be said with no consequences!”
Perhaps Musk had a change of mind in the ensuing days and weeks leading up to his earth-shattering purchase of the globe’s top-rated media platform. 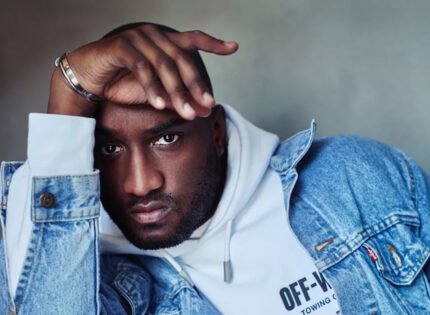