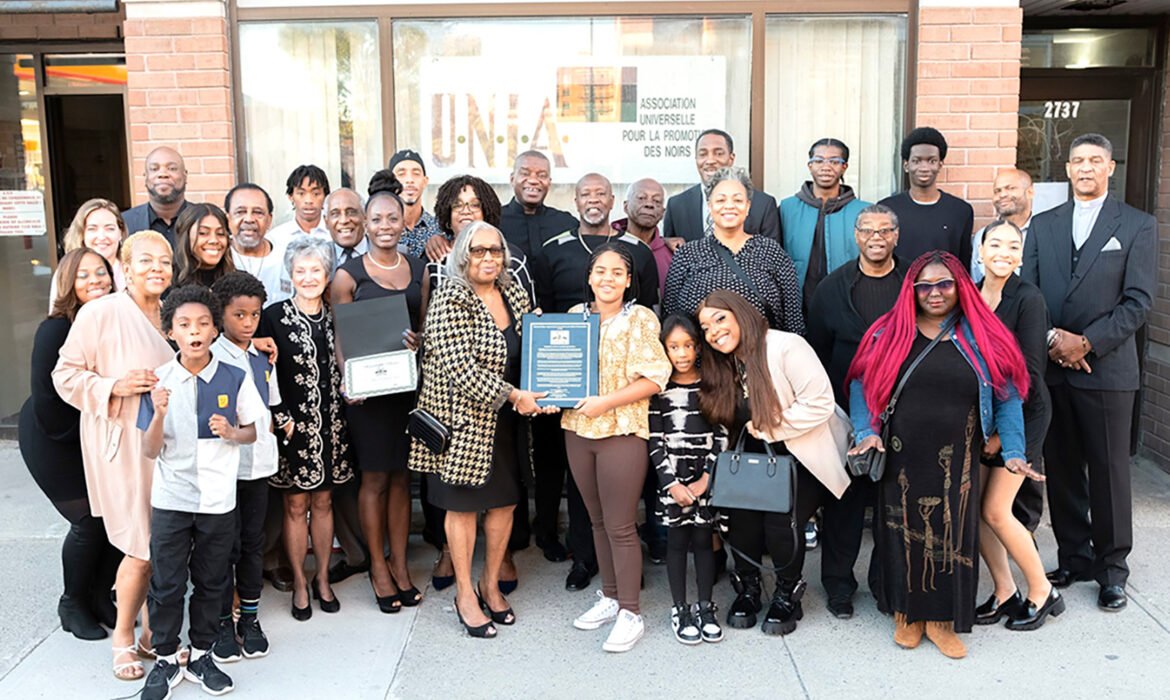 On September 24, the United Negro Improvement Association (UNIA) and African Caribbean League (ACL), Montreal Division 334 paid tribute to its late president Randolph Pierre who died earlier this year.
It was an auspicious occasion attended by Michael Duncan president general of the UNIA who was introduced to guests by Robert Jackman.
Duncan made several presentations including a plaque to the family of Mr. Pierre recognizing his dedication to the UNIA and ACL for the past 30 years.
He also presented plaques to current president Mervyn Weekes, former secretary Gloria Behary, and to the late Patrick Hickson (former first vice president) for their long-standing service to the UNIA and ACL.
Several other members were recognized and awarded certificates.
Pastor Glenn Gray of the Imani Family and Full Gospel church opened the celebration with a prayer, followed by ceremonial drumming by the Afro-Caribbean Drummers in a symbolic “invitation to the ancestors.”
Tributes to Mr. Pierre and his legacy of leadership and community work were offered by Jamal Johnson; Mervyn Weekes, the Imani Family and Full Gospel church members gave a musical tribute of Randolph Pierre’s two favorite hymns
The highlight of the evening was the unveiling of a portrait of the late President Randolph Pierre. The youngest members of the Pierre family were invited to do the unveiling. And one of the members of the Pierre family gave an emotional and heartfelt tribute and appreciation to the community for the love that was shown for their patriarch and the memorable contribution of his legacy.
Fredericka Williams rendered the vote of thanks.
Preparations for the evening were in the hands of the event committee headed by Sister Angela Smith and her amazing crew. They prepared an amazing meal served buffet style and Sister Barbara Waugh made special curtains of red, black, green, which helped to set the intimate mood of the liberty hall.
The Afro-Caribbean drummers closed the evening with a spectacular round of drumming.
Sister Josa Maule did an amazing job as the evening’s MC.
President Weekes offered special “thank-yous” to the community and those individuals who came together and helped to make the evening a memorable one including Clement C. Walker, Mr. Patty, Youth in Motion, Michael Farkas, Jerry Sounds and Pikliz Caribbean Counter.