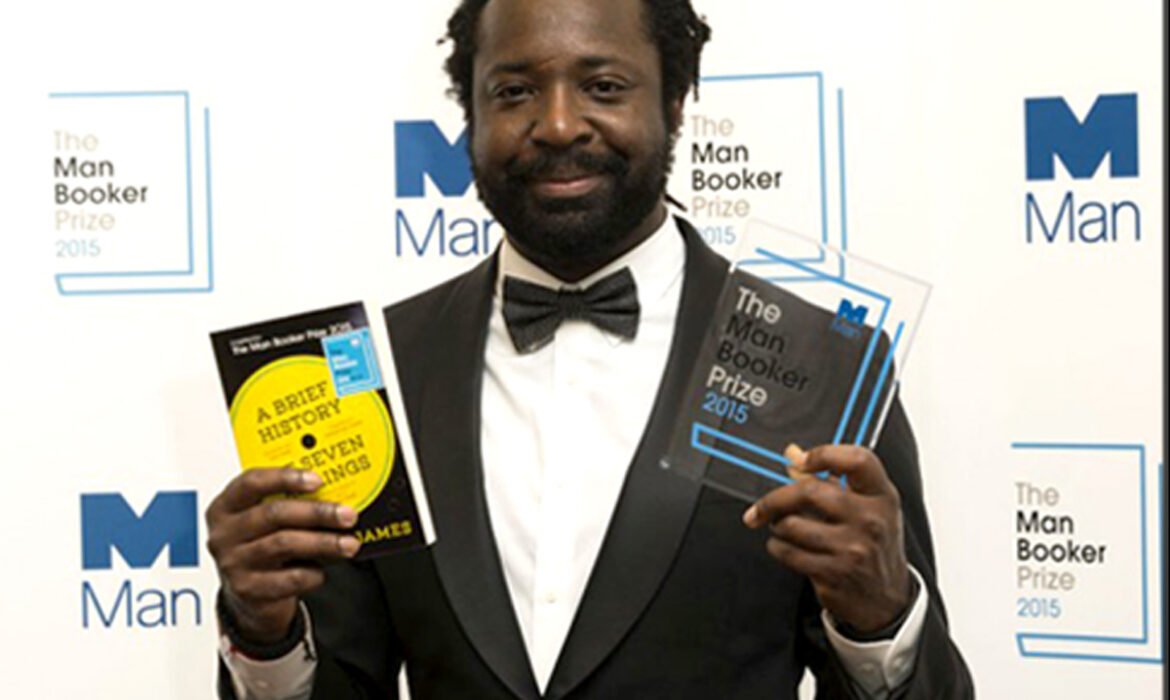 Jamaican author Marlon James has won the prestigious Man Booker Prize for “A Brief History of Seven Killings.”
James is the first Jamaican to win the Booker Prize, one of the world’s most prestigious literary awards, which is worth £50,000 (67,000 euro, US $77,000) in prize money. In addition to the prize money, the work invariably leads to boost in sales and readership globally.
At a ceremony in London last Tuesday, October 13, where the winner was announced, a visibly surprised Marlon James exclaimed, “Oh my god, oh wow,” when his name was announced and he took to the podium.
“This is so sort of ridiculous. I think I’m going to wake up tomorrow and it didn’t happen,” he added, as he dedicated the award to his late father.
Set in James’ birthplace, Kingston, JA. the 686-page crime tale traces the rise of the drug trade on the Caribbean island. It is also based on real events on the island, including a recounting of the late Bob Marley (he was referred to as “The Singer” throughout the story) and his entourage was attacked just before a concert—at a politically charged period on the island in December 1976.
Currently residing in Minneapolis, Minn., where he is Associate Professor of English at Macalester College, Marlon James has had great success with his other novels, including John Crow’s Devil, a finalist for the Los Angeles Times Book Prize and the Commonwealth Writers Prize. He was also a New York Times Editor’s Choice.