Advertise with Us
Home Opinions Black and CARIBBEAN WEEK in 2016

Black and CARIBBEAN WEEK in 2016 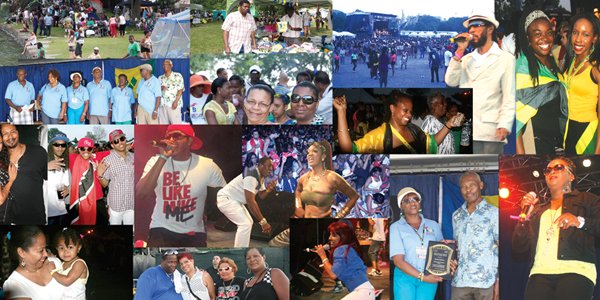 A VISION FOR MONTREAL

Summer is approaching and it will be festival season in Montreal again.
There is the annual Montreal International Jazz Festival, the International fireworks competition, Montreal Folk Festival, Just for Laughs, the Fringe Festival and Nuits d’Afrique, etc.
And next year there will be even bigger events with Montreal celebrating its 375th anniversary.
And which should give us in the Black and Caribbean community reason to consider a coordinated week of events to present our rich culture to Montrealers and visitors.
Currently, we celebrate a series of events which are not necessarily connected to each other and which gives an incomplete picture of who we are.
We have Carifiesta, Trinidad and Jamaica ‘Days in the Park,’ calypso and soca shows, steelband and our food and drinks. And very often islands other than Trinidad and Jamaica are left out, except for the Vincentians who celebrate in Ontario in a big way with other North American-based Vincies.
Needless to say, we have a tremendous product because of the various elements that we each bring to the table. For example, for Carifiesta our costume-making skills are second to none. Add to that our ability to choreograph some fancy moves or ‘dance the mas’ in a presentation along with West Can performers and others, which could make for a Place des Arts show that could rival any of the Brazilian, Chinese, or South African shows held there.
And because of who we are as Caribbean people, our cuisine is as varied and as connected as the people who make up the Caribbean region. Our cuisine is influenced by the aboriginal peoples (e.g. cassava bread), the French, English, Spanish and Dutch colonizers, the African slaves, and the Indian indentured servants. All of this make for a fusion that could make any mouth salivate.
Additionally, our entertainers are second to none. From the steelband, which is the only musical instrument invented in the twentieth century, to our reggae, soca, calypso, zouk, and compas artistes. Similar to what we experience at outdoor and indoor stages during Nuits d’Afrique, our entertainers could rock this city for a whole week rather than being stuck in a hole for a couple of hours in Parc Jean Drapeau.
And the truth is that our musical art form is known internationally. There is soca and steelband in places like Japan, and there are very few places where reggae is unknown. While travelling in Bali last year, I was trying to explain to a Balinese that the island that I come from is near to Jamaica and he immediately started belting out a Bob Marley song. And in the midst of it all we could still have our Carifiesta parade.
Montrealers and other visitors were introduced to our culture at Expo 67 and I cannot recall how many times Canadians have reminded me of how much they enjoyed it.
Needless to say, there will be hurdles to cross, most of which would involve some very large egos. But it is doable. Besides giving a great show we would certainly be able to attract good sponsors over and above the mediocre ones (if any) that we have been able to attract.
I am also certain that the City of Montreal (wanting to be recognized as the city of festivals and for its cultural diversity) could become interested in the idea, as opposed to the bits and pieces that they have had to deal with, and they would be more than willing to assist us along the way.
Please let the conversation begin.