The idea of turning nothing into something has become Kema Lawrence’s passion. And that is what’s driving her emergence as a fashion designer.
She always harbored a love for the arts and that included everything from drawing and painting to sewing.
So at age 13, Kema’s father bought her a second-hand antique Singer sewing machine, and she attempted to make a shirt. It didn’t turn out the way she hoped (it really looked like a shirt), but she wasn’t discouraged; everyday she continued practicing, and got better.
She soon realized that fashion design was her calling, and where she wanted to go.
It wasn’t her mother’s wish; she always wanted her to do something in the medical field, but Lawrence begged to differ. Her mind was made up; it’s her calling. So she and her mother made a deal: if Kema can make her own prom dress then fashion school it would be. So what had to be done was done. Given her passion, her mother has now become one of her biggest supporters.
Fast forward to 2015, Kema now 24, with a year or two from LaSalle College’s renowned fashion school under her belt, decided to propel her business forward as well as her involvement in the community.
For the recent Black History Month, she joined forces with another up-and-comer in the fashion world, Jebediah Daniel-Dyers, for an event based on black consciousness.
The two collaborated on some special designs and staging to mark the occasion.
They teamed up to portray the Black Panther Party (BPP) through fashion. Both artists wanted to remind Blacks of their history, “Our Story.”
Lawrence said, “Black History Month to me is like Remembrance Day, it’s remembering the people who had fought in the struggle for Black liberation and equality.”
For his part, Jebediah stated, “I feel that the vast contributions in history that Blacks have made worldwide must be appreciated. As a culture, the essence of Black is dying when we fail to teach the younger generations about the global prestige of Africans prior to slavery and global advancement post slavery.
This is one of the many reasons why Jebediah started EQCR (Equality Crowns) to express overlooked topics through fashion.
He has been around the local fashion circuit since he was 13 and began designing hand-made necklaces for clients who enjoy Afro-centric accessories, which he said “sold close to 500 pieces from 2008 to 2010.”
Today, he works as a youth animator at Head and Hands and also has a non-profit foundation, “VITA” (Violence Isn’t The Answer), to promote Hip-Hop and other youth initiatives.
Dyer said working in the fashion industry is not about fame or recognition, but to “spark ideas in others that may want to pursue a creative passion.” He also said he truly enjoys creating original items from his various concepts.
The same is true for Kema, who has been working to tie her design projects to community initiatives.
She maintains that her “roots” always influence many of her ideas; there’s always an Afro-centric reflection.
So far in her budding career, Kema Lawrence has done several charity fashion fundraising events, including the 2010 concert for the Courtney Napier Foundation and the 2012 fundraiser for Haiti, following the devastating 2010 earthquake.
Meanwhile, Kema’s goal is to continue to develop her confidence and uniqueness, and accentuate her individuality in her designs. It’s her belief that there’s nothing wrong with standing out in the crowd; that’s one of her motivations.
“Kema” is eccentric and mysterious. Whenever you see her creations, she wants you to use your imagination. 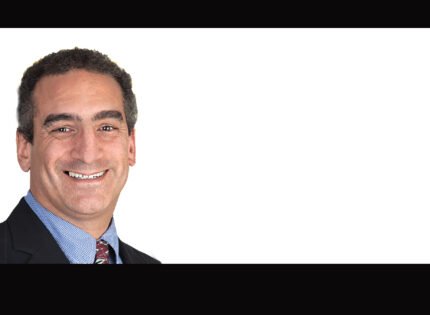