Advertise with Us
Home Special Features The lingering impact of fear

The lingering impact of fear 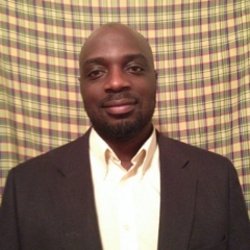 In May 2013, in his groundbreaking book Fear of a Black Nation: Race, Sex, and Security in Sixties Montreal, David Austin peeled back the layers on the complexities of the growing Black community and its foundational role in building and sustaining the Black power movement in Canada and beyond.
In the 241-pa

ge book published by Toronto’s Between The Line Press, Austin traced the emergence of the Black liberation movement here, side by side with significant events in the history of Montreal and Quebec.
Since it’s publication, Fear of a Black Nation has become an invaluable resource in the conversation on race, racism and ideology and has been receiving rave reviews from historians, academics and readers around the world.
Last year, Fear of a Black Nation won prizes in two prestigious national and international competitions. In January, the book secured the Casa de las Américas Literary Award for Caribbean Literature in the “Caribbean Literature in English or Creole” category.
At the announcement ceremony for the 55th anniversary of the Casa de las Américas prize in Havana, jurors described Fear of a Black Nation as  “an authoritative introductory text that extends significantly into the 21st century, the complex notions and indivisible historical realities of ‘nuestro caribe,’ ‘la America nuestra,’ and the ‘Black Power’ movements to Canada.”

Lasana M. Sekou, a St. Martin-based publisher and author who also described the book as “original, with extensive, integrative scholarship, and reader-friendly”, made the announcement.
Also last year, Fear of a Black Nation copped a silver medal in the 2014 Independent Publisher Regional Award in the Canada–East–Best Regional Non-Fiction category.
International interest in the book has kept Austin busy on the speaking circuit for much of the past year-and-a-half, during which he addressed audiences in Montreal, Ottawa, Toronto, New York, Chicago, Nashville, and Havana, Cuba. The book has now been translated in Spanish by Casa de las Américas (Havana) and in French by Lux éditeur (Montreal).
Austin, a former student activist at McGill University and community outreach worker now teaches in the Humanities, Philosophy, and Religion Department at John Abbott College.
He has also edited You Don’t Play with Revolution: The Montreal Lectures of C.L.R. James and produced wide-ranging documentaries on the life and work of Trinidad-born intellectual CLR James titled and the Martiniquan anti-colonial theorist Frantz Fanon.
In Fear of A Black Nation, Austin  situates black radical politics in Montreal – including the Congress of Black Writers and the Sir George Williams Affair – within the context of nationalist politics in Quebec and Canada the militant atmosphere of the global 1960s. He also documents how Canadian state security responded to these developments with a sense of alarm and fear that Montreal was becoming a major international site of Blacks politics and the impact that this might have on other groups in Canada.
These seminal events had a rippling effect in Canada and beyond, according to Austin, and their impact is still being felt today. “We still live with the burden of race, as witnessed by the growing rate of Black incarceration in Canada, which has grown by 50% since 2000. Blacks, 2.9% of Canada’s population, according to the census, make up almost 10% of the prison population in this country. Clearly there is an imbalance here.” Fear of a Black Nation reminds us that change come about as a result peoples actions, is the result of people actively working to create a better society. This is a major lesson for that period.”