Founder Sees Us Coming Together for BBQ and Music 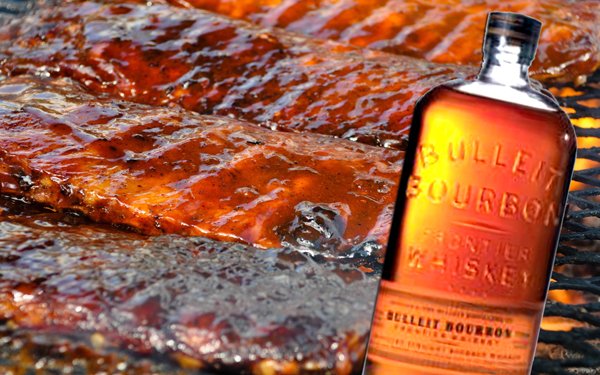 Louis Fairbain estimates that during the lazy, hazy days of summer nine out of ten persons love some form of barbeque and the other guy or gal, a vegetarian loves blues and a little bourbon.
So to him, i

t’s a no-brainer that the one event missing from the full plate of activities that flavor this city from May to September is the Montreal BBQ, Bourbon & Blues Festival.
The way he sees it, no city should be without one, least of all ours, that’s why he and his team of organizers are putting things in place for a grand ole party at Parc Drapeau where thousands of fun-loving Montrealers will have their choice of the various styles of barbeques, wall to wall blues, and if they so desire, a swig or two of bourbon.
“The response has been amazing so far, including from officials at the City of Montreal who’re welcoming this new festival with open arms. Now it’s up to us to offer Montrealers an event like nothing they’ve ever seen,” says Fairbain who dreamed up the idea for the big outdoor food, music and beverage bash, while noting the growing popularity of the many reality cooking shows

on television.
He says he pitched the idea to a friend, Paul Laflamme, well-known Montreal cultural maven who immediately came on board and together they have put together a high-caliber team of organizers dedicated to making the Montreal BBQ, Bourbon & Blues Festival a unique experience.
“It will be a treat to the entire family and the entire city,” he says.
The festival is set for June 20 and 21, and close to two dozen specialty restaurants, food trucks and caterers are getting fired up with an array of southern-style barbeques, each with their special blend of sauces and ‘fixins.’
Noted joints such as Rubs Smokehouse, Black Strap BBQ, Bofinger, Diablos and Smoked Meat Pete and Anancy Restaurant will make sure that there will be briskets, ribs, chicken-wings, jerk chicken and pull pork aplenty on the island.
And the food will be made even more palatable with a free flow of Blues delivered all day long by a lineup of award-winning entertainers, including Dawn Tyler Watson, Brian Tyler, Angel Forrest and Paul Deslauriers.
Even more than the food and the music, organizers are going all out to make it an event enticing to the entire family with activities such as an amateur BBQ cook-off, as well as a sanctioned BBQ contest featuring professional teams.
There will also be weekend-long BBQ clinics that will allow spectators to learn how to get the most out of their grills, smokers and finished products.
Fairbain, son of former Montreal entrepreneur Lyder Peters, who owned the Ethnic Origins Bookstore on Notre Dame St. (it later moved to St. Jacques and Atwater), has deep roots in our community and in Montreal. He says music and food “are two things that can unite people of all cultures and all races.”
His hope is that the Montreal BBQ, Bourbon & Blues Festival will bring us together for two days and  feed  our similarities.

Montreal BBQ Bourbon and Blues Festival tickets went on sale the weekend of March 15 and are available at www.mtlbbb.com