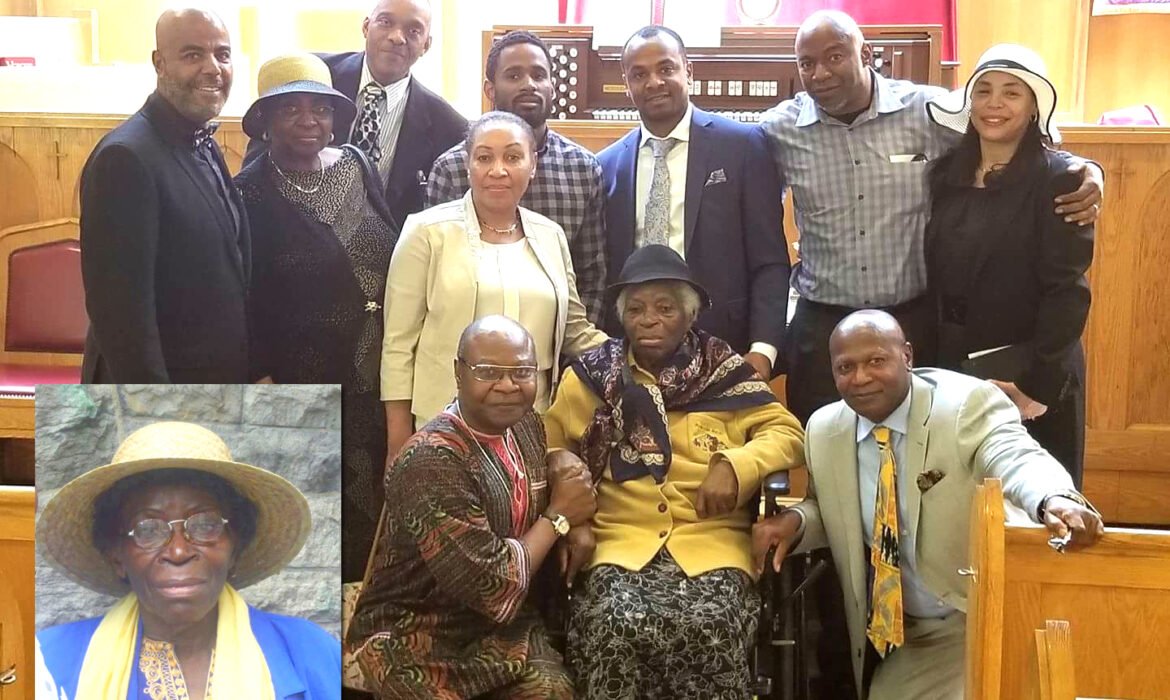 Ms. Emily Robertson is a long-standing advocate of her church and community

On Sunday June 3, there was a packed house at Union United Church as the congregation was joined by other Montrealers to pay homage to Emily Robertson, a dedicated educator and community worker who made it her life duty to take a stand on behalf of the vulnerable.
In Montreal since the late 1950s, Ms. Robertson taught for several years with the Protestant and Catholic school boards before consolidating her career as a librarian with the PSBGM.
Her passion for community work led her to lend herself to institutions such as The Garvey Institute, Afro Can and Afro-Canadian newspapers as well as to Union United Church, where she served on the official Board for many years and was Presbytery representative, becoming Union’s first lay representative to General Council, the overall legislative body of the United Church of Canada.
At the Presbytery she also had an opportunity to work on issues such as immigrant integration, refugees, and food security collaborating with institutions such as Saint Columba House and Montreal City Mission.
And also devoted a lot of time with her advocacy work on gender issues as a lifelong member of the Montreal Council of Women.
Ms. Robertson was born in Jamaica and grew up in an environment of social activism in her home parish of St. Mary’s where the country’s future prime minister, Sir William Alexander Bustamante, was brought to trial for his activism as a trade union leader.
For her many years service to the Union United Church and to the United Church of Canada, and on behalf of all Canadian women, the Women’s Ministry of the church presented Ms. Robertson with a plaque on behalf of the congregation.