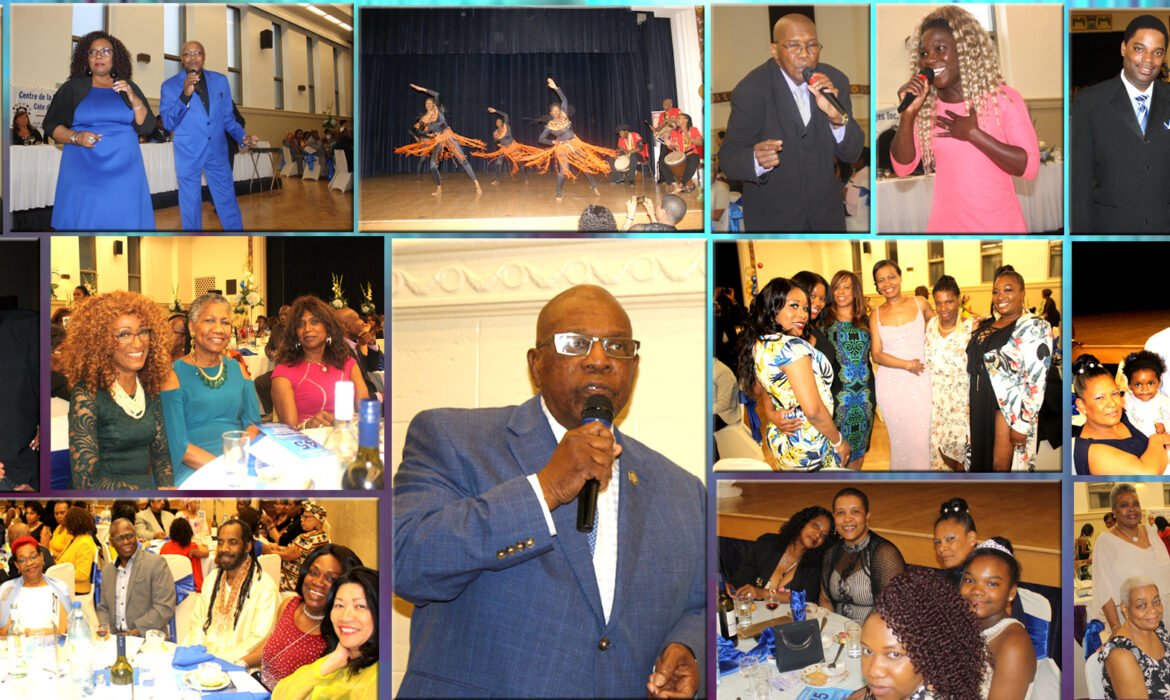 At every interval during the evening, the overflow crowd that crammed into the Schofield Hall, in Town of Mount Royal for the annual Cote des Neiges Daycare Centre Banquet and Ball on Saturday, May 26, had something to cheer about.

The event, which marked the Daycare’s 45th anniversary celebration, featured introductory remarks by three of its past students, Andrea Clarke, Robert John and Katrina Nurse, all of whom praised the institution for the formative impact it had on their lives and careers.
The loudest cheer of the night was reserved for Mr. Osborne Allen, who founded the Daycare as an off-shoot of the Cote des Neiges Project back in September 1973. And who with hard work and steadfastness built it into a well-respected institution.
Gracious in accepting the accolades, Mr. Allen in turn heaped praises on his staff and the members of the board of directors over the years, for their efforts in making the Daycare what it is.
In his featured address, Egbert Gaye, managing editor of Montreal Community CONTACT, spoke on Education in Action and Community.
Also, one after the other performers, Mirielle Philosca, Cleopatra Marshall, CC Walker, Pete Douglas and West Can Folk Performing Company kept the audience well entertained.
Guests were treated to a pleasing meal by BestBite caterers. Pat Dillon-Moore served as the MC and Little Thunder Sounds provided the music.