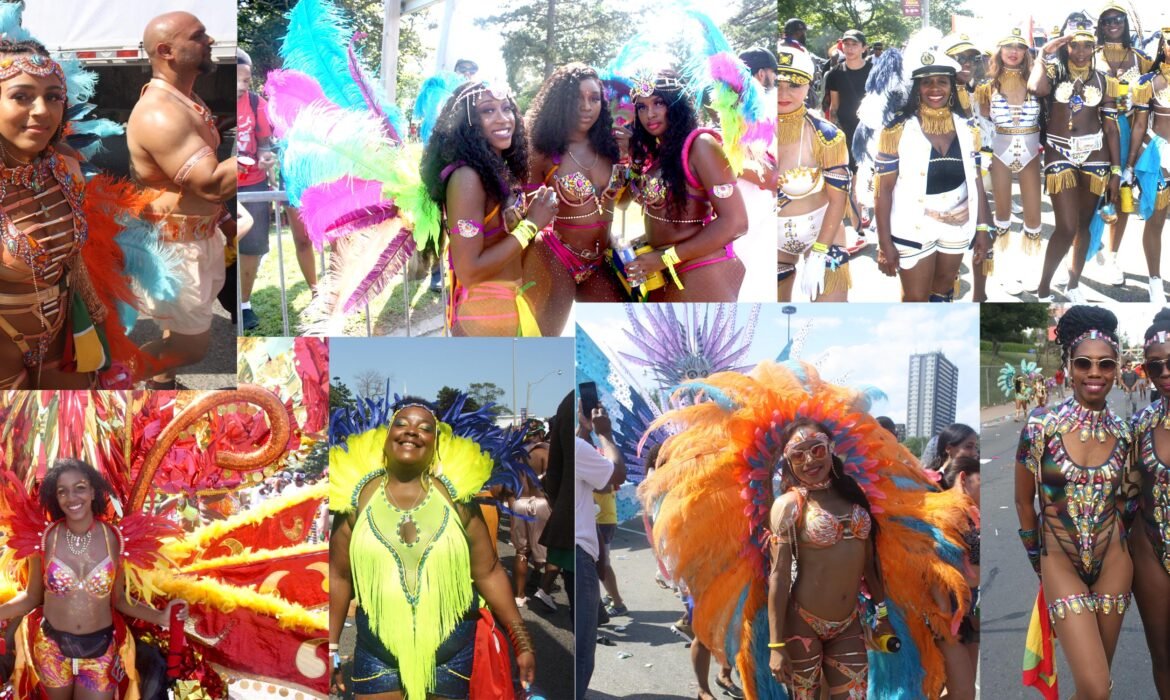 Although not the massive show of costumes and revelers that once drew a million visitors to the city, the Toronto Caribbean Carnival remains of the biggest outdoor events in North America.
The festival, which took place over the weekend of August 1 to August 5, was a grand success starting with the King and Queen Show on Thursday, August 1 to its Pan Alive competition on August 2 and the grand street parade along the Lakeshore in downtown T.O on Saturday August 3.
Under brilliant sunshine for most of the day, a steady flow of large costumed bands carrying thousands of revelers paraded along the reconfigure route offering spectators a treat of color and creativity.