Taste the Caribbean on The Old Port 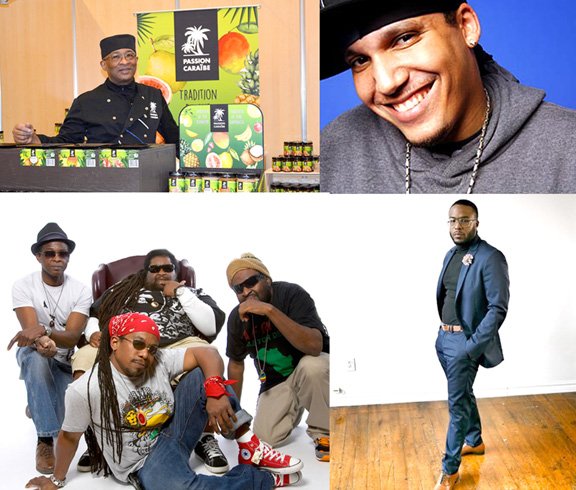 Food and music at the sunshine event

On the weekend of June 16-19, go to Île Bonsecours in the Old Port of Montreal… feel the beat, smell the food, taste the drinks and you’d feel as if you’re in Barbados, Jamaica, Grenada or any of the Caribbean islands.
That’s what A Taste of the Caribbean (TOTC) does. It brings to Montreal all the sensations of the islands and offers Montrealers an opportunity to revel in delights of spicy food and of reggae, calypso, and zouk compass and steelpan music.
For its 17th edition this year the festival will have on site no less than 20 local restaurants and vendors ready and capable of dealing with the tens of thousands of hungry Montrealers who will be flocking the Old Port on the three days of the sunshine event.
Talking about food…. One of the highlights of this  year’s festival will be the appearance of  Montreal’s culinary masters, Chef Éric Atine  and Chef Jae-Anthony both of whom have been earning renown for their innovative additions to the local food scene.
The Dominica born Chef Atine recently won a major award for  his line of exotic spreads, Passion Caraïbe that distinguish itself as being  low-carb, preservative-free and made with fruits from around the world.
Since winning the Desjardins sponsored Défi OSEntreprendre the spreads have made their way to the shelves at IGA and Metro  groceries.
Chef Jae Anthony has cooked his way into becoming a local celeb since he open the doors to his small catering and take out restaurant business.  Much of his success have come from what he has been able to do with standard dishes such as his latest innovations with the sacred poutine to which he has combined with jerk chicken.
Then the night becomes filled with music as a line up of local performers share the stage with the international stars who will be coming in from the Caribbean and beyond for the big show.
Headlining the event this year is the Grammy Award winning reggae band Inner Circle that smashed the international charts with their hit Bad Boys the theme song from the TV series Cops.
Inner Circle also had the world dancing to their mega hit  “Sweat (A La La La La Long)” which topped the charts in countries including across Europe the Caribbean and Africa.
And true to form,  The Taste Of The Caribbean will have its share of calypso music with appearances by two of the biggest names coming out of Barbados, Gabby and Rupee both of whom have us hits such as Spring Garden and Tempted To Touch. The Mighty Connector from Toronto will also bring calypso fire to the Friday night package.
Joining Inner Circle in bringing the reggae music to the festival are bands from across Canada and several local performers such as Natural Fyan and Mello G
On the closing day, compass and zouk will be in full supply with performances by 4mula Kompa Band (Main Stage) and Toto Laraque feat. Ti Claude, two of the best in the business.
To keep the sound of the Caribbean alive for the weekend organizers have Martin Albino and Savoys providing steelband on the three days.
This Year TOTC has attached itself to a charity in Jamaica.  The Moore Town Youth Redevelopment Project (MTYR).  The mission is to revitalize the historic town that is the home of Jamaica’s only female national hero.  The plan is to work with volunteers and partners to create employment, training  and  job opportunities for the youths.  Furthermore, the MTYR will rebuild the playing field so it can be utilize for games and important events (i.e. Nanny Day).
TOTC is  Free from 11am-3pm / $5 & $10: 3pm-11pm.
Tickets available now at www.ticketpal.ca ($15 at the gate) / Free for kids 12 and under / VIP tickets: $95 / After parties: $10 (at the door) Website: www.totc.ca