Advertise with Us
Home News Community News They call her Wally British. Come see her on Father’s Day

They call her Wally British. Come see her on Father’s Day 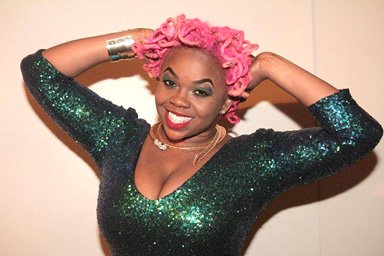 Those who saw Wally British’s recent appearance in Montreal were struck by the electricity of her personality and the dynamism she brings to the stage in her pronouncements on man and woman relationships and other issues.
That’s why a group of local organizers want her back.
Since she came on the scene a couple years ago, the young Jamaican comedian and raconteur, who is also an emerging Dance Hall artist and blogger, British, whose real name is Susan Williams, has acquired a massive on-line following drawn by her “straight talk, humor and brutal honesty.”
The reviews show that the twenty-something-year-old Wally British easily draws audiences from all demographics to her highly entertaining shows. So when she comes to town for that mega Father’s Day event on Sunday, June 19, at Westmount High Auditorium, Montrealers of all age groups will be flocking to share in what is expected to be an evening of non-stop laughter. There is a reason why they call her Mrs. Red Flag.
Joining her on stage for the Man Problem Comedy Show will be several up-and-coming comedians, including Kris Dulgar, Jeren Drew, Daniel Pinet and Elie Riddum.
The event is a production of Notnice Entertainment and MawGak. Music will be non-stop, supplied by Nemesis Sound and Energy Squad.
Man Problem Comedy Show on Sunday, June 19, 6:30pm. The event will be held at Westmount High School Auditorium, 4350 St. Catherine Ouest. Featuring Wally British. Doors open at 5:30pm. Info and tickets: (514) 595-4894, (514) 364-6103, and (514) 227-5633.