Advertise with Us
Home News Community News Take it. Protect yourself and others

Take it. Protect yourself and others 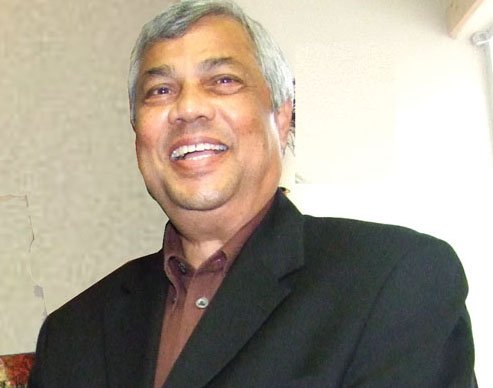 Dr. Alladin wants to arm your body to fight the dreaded flu Virus

In his 35 years practicing medicine here in Montreal, Dr. Lenny Alladin has heard more than his share of excuses or reasons for not taking the flu vaccine, as the health authorities advise all Canadians to do every year as the winter months loom.
Most people say, “I don’t get the flu”, while others are somewhat distrustful of the vaccine,” he says. “In our community, many still hold on to some of their (back home) traditions when it comes to dealing with the cold.”
However, he says emphatically, “the flu is quite different from the cold. And it can be downright dangerous to those who are most vulnerable among us.”
So while some people might be able to deal with the devastating and sometimes deadly symptoms of the flu, he is most worried about the potential of them passing it on to the elderly, the sick or young children, all of whose immune systems are fragile.
“Many live with parents, grandparents, pregnant women and children. Some work in hospitals and other institutions where they are among sick people, all of whom are at-risk for the flu,” he says. “So it’s not just about you, it’s about those around you.”
“And the best way to avoid getting the flu or passing it on to others is through preventative action. The flu vaccine is preventative medicine.”
Dr. Alladin feels so strongly about it that he has decided to act.
On December 6 from 3:30pm to 5:30pm, he will be at the Curry House Restaurant, 6892 Victoria Ave., prepared to vaccinate as many people as possible from age five and upwards, on a first-come-first-serve basis.
His service will be free of charge to anyone with a valid Medicare card. If no Medicare card is presented, a donation will be requested which will benefit the various Christmas parties in the community.
Dr. Alladin knows that he is up against a lot of misconceptions about the flu shots, but says it’s important that people understand the value and power of preventative medicine.
“We shouldn’t fool ourselves, this vaccine is the most effective way to arm the body to protect against what is a potentially harmful virus,” says the Trinidad-born family medicine practitioner, who counts many in the community among his patients.
After a standout tenure as a student at McGill University, during which he earned a B.Sc. (Honors) in Biochemistry, and distinguished himself as University Scholar between 1974 and 1976, he completed his medical degree and certifications in 1978 and went into private practice in General Medicine.
He says his foray into that area of practice was due only to his desire to start a family and spend time with them.
“At that point I just couldn’t take being out of the house for several days a week as other specializations demanded,” he says. “General medicine allowed me more time at home with my family.”
He says his practice was boosted by an exodus of doctors from the province in the late 1970s and early 1980s, some of whom left their practice in his charge.
Along the way he also set up a practice at the Cornwall Health Care Centre and worked out of the St. Mary’s Hospital Family Medicine department, where he served as one of their lecturers. (In 2002, he was named Lecturer of the Year.)
Dr. Alladin says three-and-a-half decades practicing medicine in Montreal has allowed him to carve out his own special niche on the health care landscape in Quebec. And through it all, he added, he has always “felt appreciated and well-regarded by his patients and his peers” here.
Among his other postings, Dr. Alladin served as Physician-in-Chief for the Montreal Expos Baseball team and as a staff physician at the Julius Richardson, the Ste. Anne Veterans Hospital and at McGill University Health Services.
Today, he is as committed to his practice as the first day he hung up his shingle.
For him, many of his patients from our community come with a special challenge based on their lingering belief in “non-traditional medication”, which he says he tries not to discourage, but always offer his scientific approach for them to consider.
And so it is with the flu vaccine.
He is hoping that in addition to our reliance on Zeba Peak, Cerasee (Carelli or Corillie) Backano and Rosemary bush and fever (lemon) grass, people in our community go beyond the myths and see the flu vaccine as a proven method to fight this potentially devastating virus that comes with the winter months.
It’s a viable way to provide their bodies the protection they need and the side effects are minimal or non-existent.
Again, we take the flu vaccine for ourselves and for those around us.
Call Caribbean Curry House at 514-733-0828 and speak to Emrith or Savi for more info.