Advertise with Us
Home Church & Gospel Spiritual Reload for Families 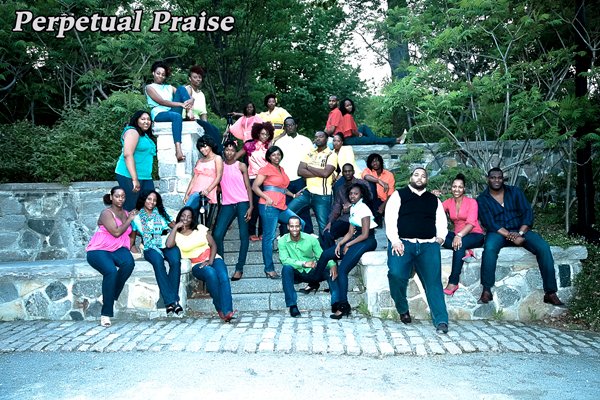 Montreal is in the midst of a powerful gospel experience, unlike any other.
The March Madness: Reloaded program is bringing to the city a line-up of motivational speakers and top level gospel performers from across

North America for the entire month as a special blessing to those inspired by words and music.
Pastor Michelle Clarke is chaplain of the budding Perpetual Praise Ministries, and is part of a group of young spiritual leaders who are organizing the four-week program. She says, ultimately the aim is to bridge the disconnect between the church and youth.
“What we want to do is to reload them spiritually and propel them forward and upward,“ she says. “But first we in the ministry have to reach out to the youth, make the gospel palatable and relevant in ways that would (enable and empower) them. Sometimes even the vocabulary that we use is foreign to them. That’s why we have to find ways to break it down for them. It’s what Jesus wants us to do.”
Clarke, who earned a bachelor’s of Arts in Ministerial Theology and in Biblical Languages and a Master’s of Divinity from the Seventh-day Adventist Seminary at Andrews University, is focusing her ministry on evangelism and ministering to the youth.
She says March Madness: Reloaded speaks to the commitment of the organizers to bring the message in words and music to all Montrealers, but most importantly young Montrealers. And in so doing, they are having a number of high-powered speakers to reinvigorate the masses in the city.
Those who have attended the events over the past two weeks were energized by messages from acclaimed motivational speakers Jeremy Anderson of Atlanta and Lola Moore of Nashville, and the place was jumping with musical performances from Toronto’s Sheldon Neil on March 7, and For The Master, on March 14.
March Madness: Reloaded continues on Saturday, March 21 with another highly acclaimed personality, Ronnie Vanderhorst, whose eight books are described as solution-oriented and empowering to Black families.
Then later on in the evening, Shawn Cotterell and The Powerhouse Fellowship Soul Choir will move the audience.
The program ends on March 28 with a command performance by Perpetual Praise Choir under the direction of Tasmyn Clarke and a special appearance by Prosper and GPM, a husband and wife musical duo out of Ottawa.
Pastor Michelle Clarke invites Montrealers to make this special event part of their weekend calendar for the entire family because it holds a special message, especially for the youth: that they can go beyond their immediate circumstances.
“We’re more than conquerors,” she says.
March Movement: Reloaded at Crowley Arts Centre 5325 Crowley Ave. NDG (5 minutes from the Vendome metro). Info: 514-963-7677.