Advertise with Us
Home Events Something new as T&T celebrated

Something new as T&T celebrated 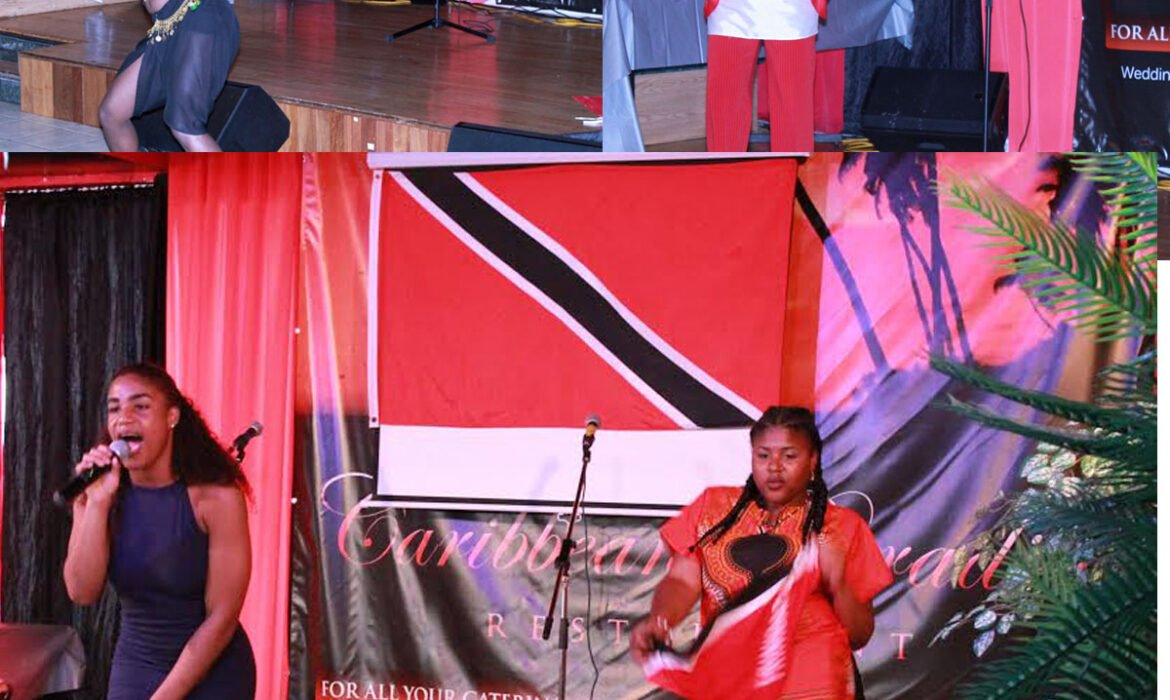 Move over Nato! With their opening show at Caribbean Paradise, August 28, celebrating the 54th Anniversary of Trinidad and Tobago Independence, the New Kids Trini Revellers, served notice that they will be a force to be reckoned with in Montreal’s Caribbean entertainment scene.
To be fair, Revellers are all a chip of the old block; they are all related to the old man, Neville “Nato” Brown. He should be proud at how well they have learned the trade.  On his first night out as M.C., grandson Tamba Lewis held the reins steady.  He kept the show moving at a good pace, held the entertainers in a disciplined lineup, and was still quietly funny
Guest speaker Ron Licorish delivered a positive message on the Evolution of Trinidad and Tobago
All you know how native Trinidadians does get on:  well ah tell you, we just had to sit down and keep we trap shut; we had nothing on the these  Canadian born Trinis.
Dancer Candy Bajoon, first runner up as Miss Trinidad & Tobago at Montreal Carnival Pageant 2016, showed her dancing skills to thunderous applause.
Other entertainers lighting up the stage included Lady Paul, Lady B, Loveman Kent,
Shanice, Ezra, and Kemba. Guest artiste was Saxophonist Julian McIntosh, and as always, he did not disappoint.
Trini Revellers will like to thank Community Contact, Caribbean Paradise, Blackmoses Promotions, Mr. Ron Licorish and all entertainers and patrons.