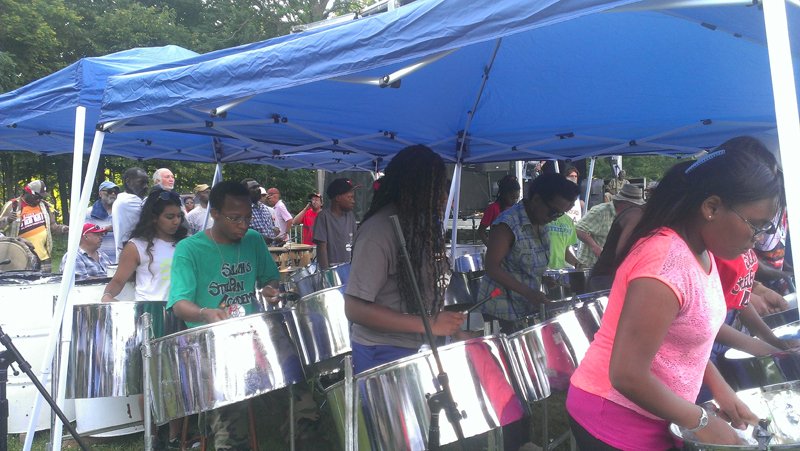 Third in Toronto and big expectations for T&T

On the way to compete in the International Panorama (IPC) in Trinidad and Tobago, Montreal’s Salah Steelpan Academy made a stopover in Toronto to participate in the 2015 Pan Alive on Friday, July 31.
Playing in position Number 4, the Academy delivered a solid rendition of Outta de Box arranged by Salah Wilson and earned a respectable third place in the competition.
Toronto’s two heavyweight bands, Pan Fantasy and Afro Pan placed first and second respectively.
The Academy will have another opportunity to challenge Pan Fantasy, who will be representing Toronto in T&T at the IPC. With a song musically superior, the Montrealers are expected to easily surpass the 2015 Pan Alive winners.
In fact, because of the musical gem that Wilson has put together for the Academy, it wouldn’t be a surprise if the band upsets many of the top bands in Trinidad and Tobago.
The IPC will be staged in Port of Spain on Saturday, August 8. Members of the Academy are expected back in Montreal on Tuesday, August 11.