Advertise with Us
Home News Community News Salah Steelpan Academy had them jumping in T.O

Salah Steelpan Academy had them jumping in T.O 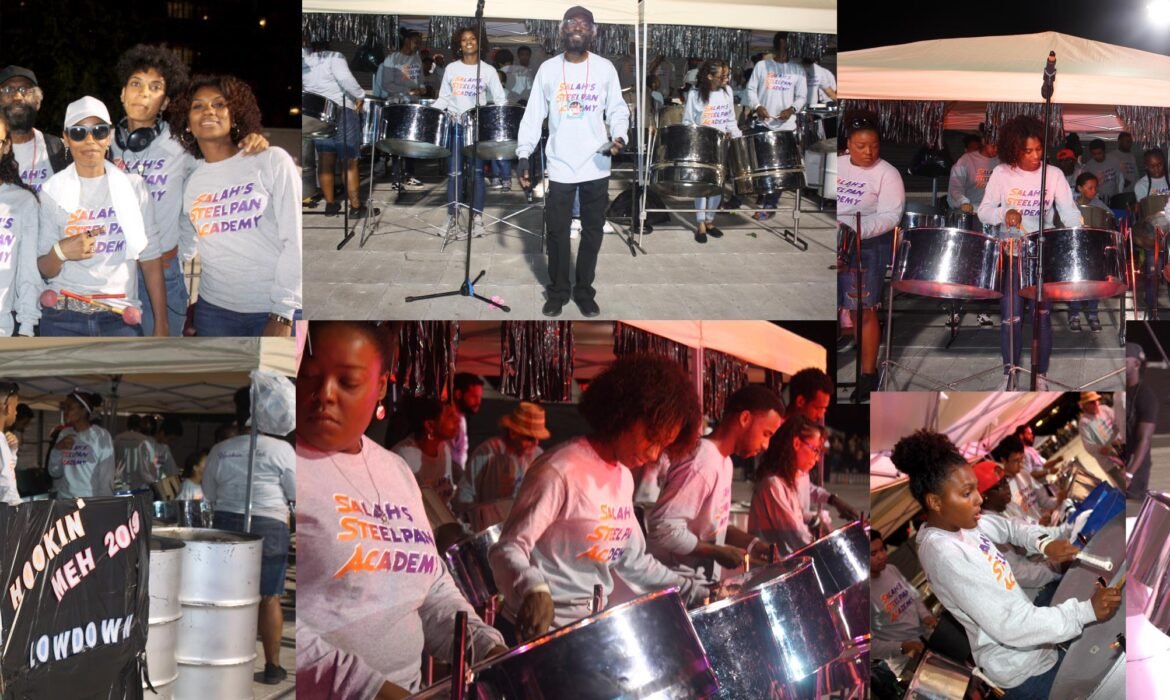 The unexpectedly large number of Montrealers and former Montrealers that packed Lamport Stadium in downtown Toronto, on Friday, August 2, for the annual Pan Alive competition was in a buoyant mood following the performance of hometown favorites Salah And Family Steelpan Academy.
The band, made up of mostly young musicians, was up against the best that Toronto had to offer, including the always-spectacular Pan Fantasy and the timeless Afro Pan Steel Orchestra.
Playing in position number 6, their two songs of choice, Boz Scagg’s Lowdown and Farmer Nappy’s Hookin Meh arranged by Salah Wilson, won them favor with pan lovers that night and had the stadium jumping.
But in the end they were eventually overcome by the much larger groups in the competition, placing a respectable 4th behind Pan Fantasy, Afro Pan and Pan Masters.
The players thank all those who supported and encouraged them during their performance as well as the officers and member of the Jamaica Association of Montreal for offering their offices as a practice space.
Salah Steelpan Academy made Montreal proud.