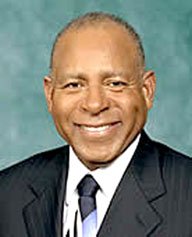 Trinidad and Tobago is mourning of the death of former Prime Minister Patrick Augustus Mervyn Manning who died on 2 July 2016 at the age of 69.
Mr. Manning had the distinction of serving two terms as Prime Minister of the twin island Republic, from December 17, 1991 to November 9 1995 and from December 24, 2001 to May 26 2010, and was the longest-serving member of the country’s House of Representatives. He was the leader of People’s National Movement (PNM) from 1987 to 2010.
During his tenure as Prime Minister, Manning created a strong economic and energy infrastructure and helped fuel growth in the country’s healthcare system as well as education and culture.
He also focused on building bilateral and multilateral agreements among neighbors and international partners to enhance Trinidad and Tobago’s economy.
Patrick Manning was a strong advocate of education as an agent of change. He believed in every citizen’s right to access to education, from nursery school to the tertiary levels, and made it his personal mission to advance the system through the Government Assistance for Tuition Expenses Programme (GATE).
He also believed in cultivating music, art and culture as a means to nurture human psyche and promote our national identity beyond the borders of our country.
And was deeply committed to the Caribbean integration; he was pivotal to the creation of the CARICOM Single Market with all its benefits to the people, while he always advocated our commitment to CARICOM.
His leadership in the region is unparalleled, setting an example for all regional leaders.
Current CARICOM Secretary-General, Ambassador Irwin LaRocque, hailed Mr. Manning as a “true champion of CARICOM.”
The Trinidad-based Caribbean Court of Justice (CCJ) said that it was extending “condolences to the family of one of our region’s greatest leaders”.
There will be a State Funeral for the late former prime minister in Port-of-Spain on July 09.
Mr. Manning is survived by his wife Mrs. Hazel Manning and they have two sons, Brian and David.