Advertise with Us
Home Entertainment On the Record June 23, 2016 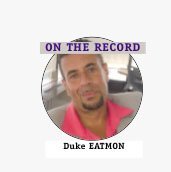 man Montreal crew of musical nomads return with an album that will set the standard of how Black music and all it’s descendants in the Diaspora should be performed and recorded.
Nomadic Massive consists of Waahli, Nantali N’dongo, Meryem, Ali Sepu, Vox Sambou, Rawgged MC, Butta Beats, Lou Liensa with members representing cultural roots in Haiti, Argentine, St. Vincent, Chile, Algeria and Ecuador.
The crew was put together on the spot when various members who knew each other from the Montreal scene were invited by a mutual friend to perform together at a music festival in Cuba in 2004.
Lead vocals are interchangeable in the group, as lyrics are sung in English, French, Arabic, Spanish an

d Creole.
They perform as a live band with drums, bass, guitar, trombone, sax, trumpet and keyboards, with various samples used on their recordings triggered by drums or keyboards.
“The Big Band Theory” began its sessions in 2014 with an expected 2015 release. Constant tinkering and tweaking by various members to perfect the sound, quality and performances of the record pushed the set to a 2016 release.
“The Big Band Theory” acts almost as a galactic starship that cruises through time in outer-space to explore the various styles and eras of Black music.
From the African drum-fuelled “Konba” with its almost Beethoven piano intro and it’s battle-like vocal delivery to the r’n’b of “One Lesson” with it’s funk backdrop and West Coast style flow is just an example of how far-reaching Nomadic wishes to travel on the joint.

“The album’s intro, “Apollo”, is the perfect take-off point with metaphysical lyrics and ideas for this deep space musical voyage with the words: “lost in space dust”, leaving the listener ready to explore with the Massive on this funk space odyssey.
The Brazilian samba of “Pan Am” is a rug-cutter with this politically-themed number that sizzles with great piano fills and witty rhymes.
“Resureccion” is pure jazz with an ode to Miles Davis in its sombre trumpet meanderings and tight Spanish vocal flow.
The tight funk of “Any Sound” has flashes of Afro-Beat and James Brown licks with a great turnaround fuelled by N’dongo’s flow.
The soul and message of “Keep Pushin’’ is one of the highlights of “Theory” with more flashes of samba and r’n’b drippings so sweet they threaten to give the listener diabetes.
This is the new way to do music. Free!
Rating = 9/10

“Take Me To The Alley” – Gregory Porter –
Blue Note Records

al confessions.
The jazzy, gospel album intro showcases Porter’s more than capable vocal prowess. He sings to a love lost: “Though my past has left me bruised, I ain’t hidin’ from the truth when the truth won’t let me lie right next to you.”
“French African Queen”, with its stand-up base and horn-filled backdrop paints a beautiful picture for Porter’s jazzy vox on this one which also echoes Gil-Scott Herron in its fusion-like atmosphere.
The inspirational “Don’t Lose Your Steam” has Porter’s wide vocal range taking command with Hammond B3 organ swirls weaving in and out of the mix.
The harmonies of “Day Dream” hark back to Stevie Wonder’s “Innervision.” Porter’s vocals don’t need to go overboard on this one, as he’s right in the pocket with his honest, simplistic but irresistible voice which no matter the arrangement still manages to take control, nonetheless.
Porter’s voice is refreshing in the age of “American Idol”/”The Voice” over singing.
This one makes you want to hear people “sing” again!
Rating = 8/10