Obama’s big on Caricom and Cuba 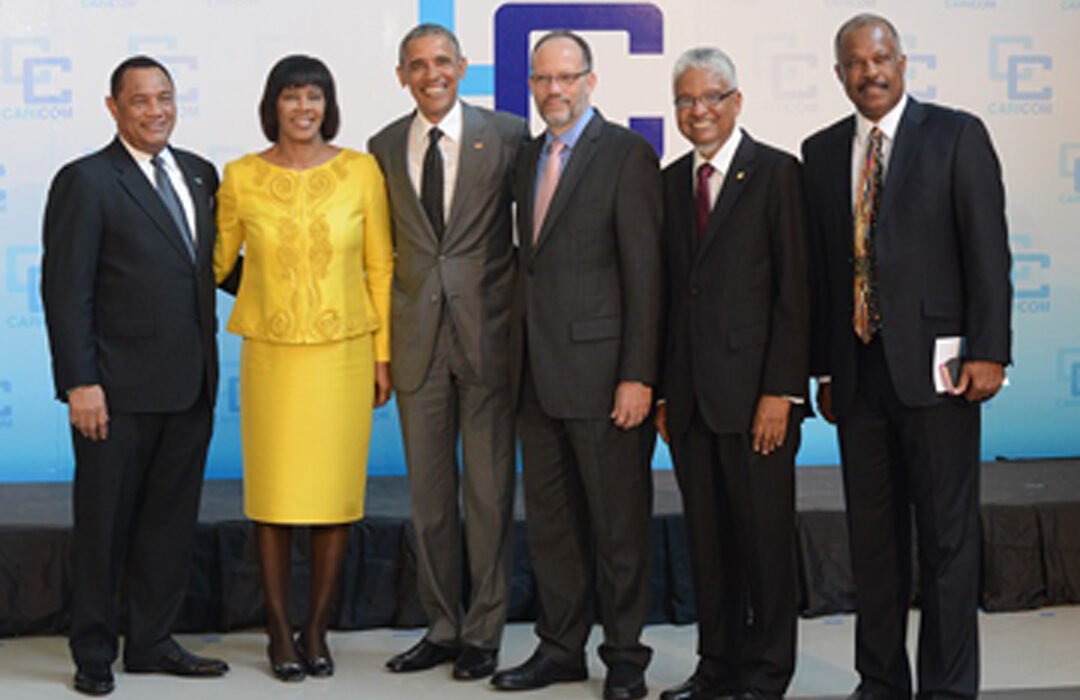 US president at the Summit of the Americas in Panama

Barack Obama made history Tuesday, April 14, when he recommended Cuba finally be removed from the U.S. government’s list of state sponsors of terrorism.
Cuba was put on the list in 1982 when the U.S. determined Havana was supporting armed uprisings in Latin America during the Cold War. The move was meant to isolate the Cuban people from the U.S., and some Cubans say it has hindered the country’s ability to conduct international financial transactions, as doing business with Cuba makes the business liable to lawsuits in American courts.
Obama announced his intent to restore relations with Cuba in December. During the Summit of the Americas in Panama, which took place, Obama met with Cuban President Raul Castro for an hour, the first time a U.S. and Cuban president have sat down for talks in more than 50 years.
“The Cold War has been over for a long time,” Obama said. “I’m not interested in having battles, frankly, that began before I was born.” For his part, Castro said he admired Obama and called him an “honest man.”
Congress has 45 days to consider Obama’s decision before it takes effect, but it’s unlikely that lawmakers will be able to stop the move to open up relations with the communist country.
Before heading to Panama, Obama stopped in Jamaica in what was the first time a U.S. president has visited the country in three decades.
Obama showed off his best Patois, asking a crowd of youth leaders “wha gwan” (which elicited cheers and applause from the crowd) to start mending fences with a country some say the U.S. has ignored for years.
But the motive behind the trip wasn’t just about getting reacquainted. Analysts believe U.S. President Barack Obama’s visit was also a strategic move — for years, Venezuela has provided many Caribbean countries with cheap oil, and now that low oil prices are crushing that country’s economy, the U.S. is trying to move in and take its place.
Obama met with the 15-member Caribbean Community (Caricom), a group that promotes economic integration and cooperation among Caribbean countries, to discuss energy, security and trade.
During the talks, Obama focused on discussing methods improving energy security and efficiency, and fighting climate change. He announced $20 million in aid to encourage investment in clean energy projects. The Obama administration launched the Caribbean Security Energy Initiative in 2014, which aims to help Caribbean nations diversify its energy sources.
Obama also brought up the possibility of creating a fund to help spur private investment in clean energy projects in the Caribbean.
“This region has some of the highest energy costs in the world,” Obama said. “Caribbean countries are particularly vulnerable to the effects of climate change and we have to act now.”
Obama was only in Jamaica for 24 hours, but made a point of visiting the home where Bob Marley lived until he died, which is now a museum.
A self-professed Marley fan, Obama was heard saying he still has all the late reggae artist’s albums.