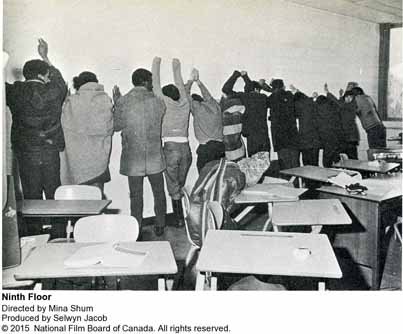 What happened on the 9th Floor of   Sir George Williams University 47 years ago will forever be etched in the annals of race relations in Montreal.

Rife with issues of institutional and system racism and police brutality, the events surrounding what became known as the “Computer Riots” marked the lives of many among us today and helped to define our community.

Many of those events and individuals are depicted in Ninth Floor a feature documentary by the National Film Board of Canada, produced by Trinidad-born Selwyn Jacobs and written and directed by Mina Shum, an iconic Canadian independent film maker.

The film opens in theatres across Canada this month. It will be at the Cine du Parc from January 15.

Win tickets to see Ninth Floor by liking Montreal Community Contact and messaging us on our facebook page.