More DJs lined up for Soca in Your 514 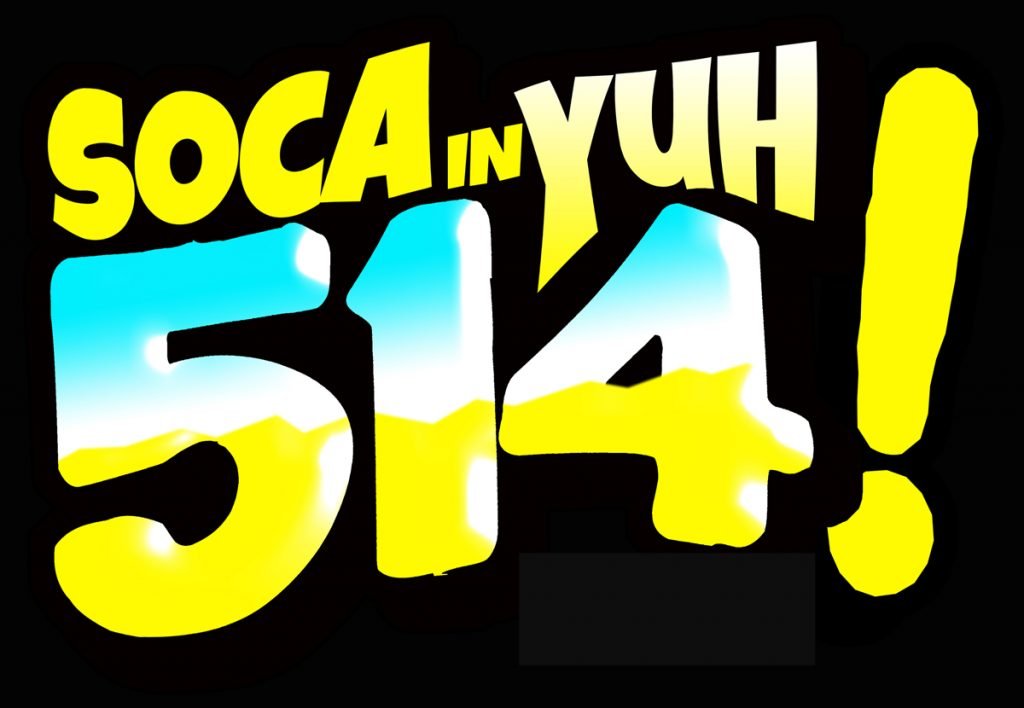 As we continue down The Great Unknown in the second wave of COVID-19, it’s becoming more and more evident that Montreal Caribbean community need to help each other. Unity is strength, division is weakness.
That’s the reason why the Soca Sessions team has been inviting Montreal DJs to submit one hour of their Soca mixes to be aired live on CKUT 90.FM.
As I stated in the previous article that this project is title “SOCA IN YUH 514” and started in October 17 and will continue throughout the rest of the year.
The idea is to use our platform on the FM dial to give all Montreal DJs the opportunity to showcase their talent during these hard times.
The theme “Soca In Yuh 514” on Soca Sessions started October 17th and airs early Saturday mornings (or late Friday nights) from 2:00am – 4:00am on CKUT 90.3FM or website www.ckut.ca.
Here’s the list of DJs lined up for November..

DJ NICOLAS
Nicolas Ross also known as DJ Nicolas is one of Montreal’s most requested DJs in the city.
Born in St. Vincent and the Grenadines, he migrated to Montreal in the early 2000’s and started his dj career with one of Montreal’s top crew “Nemesis Soundz.”
In 2007 he joined forces with the all star Vincy crew “New Concept Crew”.
His DJ skills became well accepted after he joined the West Indian Rhythms team on CKUT 90.3FM, and throughout his career he has traveled regionally and internationally showcasing his talent.
Follow him on Instagram – @dj_nicolas. Dj Nicolas one hour Soca contribution will be aired on CKUT 90.3FM November 7th on Soca Sessions.

DJ KID
Atian Williams aka DJ Kid is one of the six members of Nemesis Sounds which is currently known as the most popular and favoured Dj crew in the city.
Dj Kid has been djing for over 15 years, from a very young age and love playing music, especially in front of big crowds.
DJ Kid don’t see himself stopping anytime soon and continue to show his love and skills for music where ever and when ever he can.
Follow him on Instagram – @nemesissoundz . Dj Kidd one hour Soca contribution will be aired on CKUT 90.3FM November 14th on Soca Sessions.

DJ SPRANKS
Growing up in a musical home, DJ Sprank already knew he wanted to be a radio Dj from a tender age. After years of having access to Dj equipment, practicing, and seeing what other DJs are doing, he finally linked up friends in 2002 and the formed the group KAUTION SOUND.
They immediately got a job on HOT 97 SVG, six months after the station was launched.
Kaution Sound ranked the most popular and versatile DJs in St Vincent during the 10 years they were with Hot 97 SVG.
Dj Spranks migrated to Montreal after the birth of his son, where he then linked with Dj Worm of Exile 1 and became part of the group for a bit. Now he’s doing his own thing.
Follow him on Instagram – @djspranks_uptown_barber.
Dj Spranks one hour Soca contribution will be aired on CKUT 90.3FM November 21st on Soca Sessions.

DJ KQUICK LIVE
DJ Kquick Live had a love for music at a tender age. The first time he saw his father record on his turntables he was inspired and knew it was his passion and calling. He got his first break in 2002 with DJ Toney in Black Love Inc. playing in a variety of top parties in Montreal and also began performing at local events, house parties, weddings, birthdays and at formal functions.
Four years later he joined Excel Mix Radio, where he was offered the opportunity to play on their Monday time slot.

Follow him on Instagram – @djkquicklive. Dl Kquick Live one hour Soca contribution will be aired on CKUT 90.3FM November 21st on Soca Sessions.
More Djs to be listed in the upcoming issues. If you are interested in airing your mix live on CKUT 90.3FM, you can simply contact us via email – Productionsounds@gmail.com, Whatsapp – 514 862-6321. Be free to send your feedback on any of my articles to Productionsounds@gmail.com or Instagram : @Productionjr