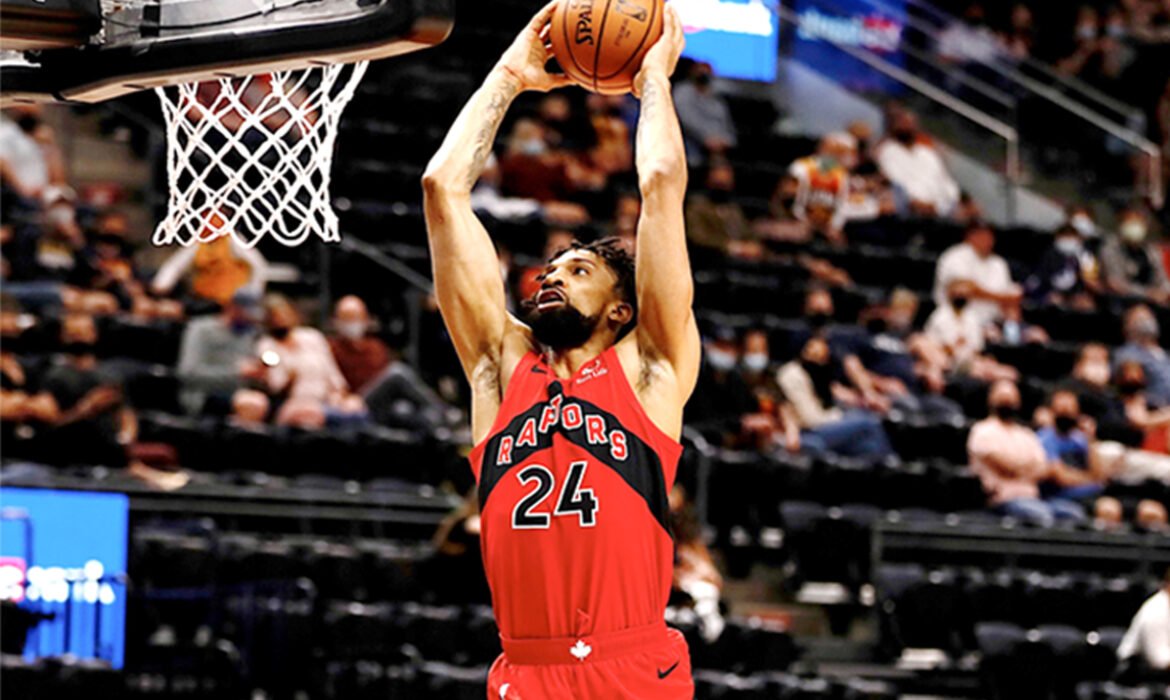 When on April 10, Montreal’s Khem Birch signed with, the Toronto Raptors after clearing waivers following his release from the Orlando Magic, The 6’9, 230 pound center fills a void long needed by the 2019 NBA champions.

But perseverance and determination is the biggest asset that Birch brings to the game. After going undrafted in 2014, he ended up playing in Sioux Falls in the NBA’s G League for the 2014-2015 season.
After playing overseas in Turkey and Greece between 2015 – 2017, he signed with the Orlando Magic in 2017 as a free agent.

Birch averaged 4.7 points, 4.4 rebounds and 16.5 minutes in 188 games and 30 starts with the Magic in four years.
But his talents were heavily under-utilized and over-looked plus Birch wanted to come home to Canada always wanted to be a Raptor.
Community Contact spoke to Birch by phone the day before the Raptors close 106 – 102 loss to the Utah Jazz in Salt Lake City.
“I always dreamed of playing for the Raptors” said Birch from his team’s bubble in Salt Lake City. When asked about all the media and fan attention he’s been getting from his explosive start with Toronto over 12 games, he said: “I love it. Canada’s home obviously even though we’re not there, (the Raptors are currently playing their home games out of Tampa, Florida’s Amalie Arena because of COVID-19) so the fact that I’m getting this type of attention from my home country is a blessing.”

When asked about the perseverance and determination he demonstrated after going undrafted seven years ago, Birch surprisingly confessed that he wasn’t always optimistic about his future prospects. “It’s funny because when I was (playing) in Europe I didn’t think I was going to come back (to an opportunity in the NBA) so I just focused on myself and be the best player I could be. The next thing my agent tells me there’re opportunities in the NBA”

But even after signing with the Magic in 2017, he still retained doubts as his talents were being under-used: “And then when I was in 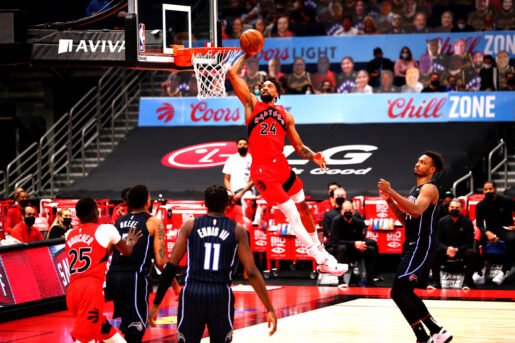 Orlando I still had doubts just going through all that stuff over there and then the pandemic hit and I just worked out with my trainer twice a day. Then (the covid) bubble and my mind-set and mentality just changed”.
Asked about how the move to the Raptors came about…
“I had a heart to heart with the President of Orlando (Jeff Weltman) and asked him if I could come to Toronto to get more playing time and he did his due diligence to let me leave. I saw kind of how they (Toronto) needed depth at the center and also I played with (Raptors head-coach) Nick Nurse two years ago in the summer time (at the 2019 FIBA World Cup in China) and I saw how he was coaching. He basically let me show what I could do on a basketball court and let me explore my potential.”
His Raptors teammates quickly welcomed him: “Oh they’re cool. Right away me and Kyle Lowry, team captain and veteran superstar) had this chemistry and also some of the guys telling me if we would have had you (at the beginning of the season) we would have been way better. It’s good to hear that type of stuff so yeah these guys are a great group. There’re no egos here. No one’s been selfish.” 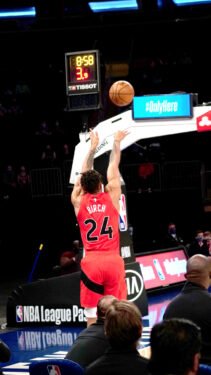 When asked about the incredible chemistry he’s also had with Toronto’s other “big man’ Pascal Siakem, Birch said: “Oh yeah, for sure. He’s a playmaker. He’s one of the best players on our team. He’s also the same size as me so that helps as well. He draws a lot of attention as a big guy so that helps me out as well.”
Another thing that makes Birch stand out as a professional athlete is his humility and openness to self-critique his playing, something that has become common-place in his post game interviews.

Commenting on that, he laughed and said: “I think that was that was the problem with me and I think that’s still the problem with me. I just tell the truth too much, you know. I don’t really like to sugar-coat a lot of things. You know sometimes athletes sugar-coat things. Don’t get me wrong, sometimes I do but like when I was in Orlando they had me in a box (and Birch spoke about it) and it was true. Some people got upset about that. Sometimes, I just speak my mind.”

Unsure if the Raptors will even get to play the beginning of next season in Toronto because of the current covid situation Birch spoke on the Spartan like regiment of testing that the team undergoes everyday: “Oh this year’s been very tough. On the road you can’t go out. When you come from a different city(during road games)you have to wake up to get tested, even if you get in at 2 AM or 3 A, you have to wake up at 9am but I’m just happy that we’re playing.”

Birch has had an explosive start with Toronto. The charismatic center with the always cooler than ice demeanor has averaged 6.4 points per game, 5.6 rebounds and 1.2 assists.
What the stats don’t show are his willingness to make plays happen, do the defensive dirty work as well as drawing the important fouls as well as the essential free-throws, buckets, dunks and the overall rejuvenation of a team eager to repeat their 2019 championship win.
With Khem Birch added to the fold, the Toronto Raptors have more than a winning chance.