Advertise with Us
Home News Community News Kash made D.A.D.S a community place

Kash made D.A.D.S a community place

The petition on the door at 5728 Sherbrooke Street says it all: “NDG Wants D.A.D.S Bagels Back.”
It’s a call almost in desperation to Kashmir Singh Randhawa to bring back the little store that has been a refuge for so many NDGers for so long.

On Sunday, August 31, Kash or Dad’s, it never mattered what you called him, sold his last bagel. As a matter of fact, he gave away the last set of bagels that were in the bin.
That’s the kind of guy that he is.
So when news broke that the landmark store was closing because he wasn’t able to renew his 20-year lease, it went viral across Canada.
“They were calling from as far away as Vancouver, Winnipeg and Edmonton,” he says, chilling at the CONTACT offices, a few days after he shut his doors. We’re just upstairs his store. “I just didn’t expect this outpouring of love and support.”
Outpouring might be an understated word.
From the time he opened the store that last day, there was a constant flow of people in an out of the place, many of them in tears as they offered their gratitude for all that he did for them, for NDG, and for Montreal.
Media people were lining up waiting their turn to get a last word from him. Kash accommodated all comers and did not close the doors until well after 11 that night.
You see, not only did the place provide a decent meal that included the standard bagels, cream cheese, pieces of tandoori chicken, a variety of curried dishes and other indulgences; it was open all night.
It became a have for the army of students and young people that made their home in and around the NDG area.
Kash was also a habitual giver to community groups and charitable causes; politicians had access to a lot of help from D.A.D.S Bagel.
“I wanted my business to be an integral part of this community.”
And with the help of his wife Kuldeep, his four children and a few loyal staff, he did just that for two decades.
In the end, he was not able to renegotiate his lease.
It’s well over a month since D.A.D.S Bagels has been gone, but people are still coming by. All they see are the construction workers tearing the place apart, preparing for the Dollarama next door, which will occupy the back of the space. At the front Double Pizza will introduce a new hamburger concept. 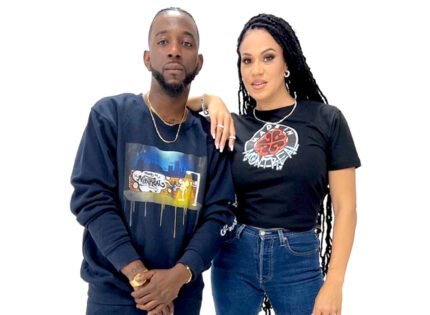