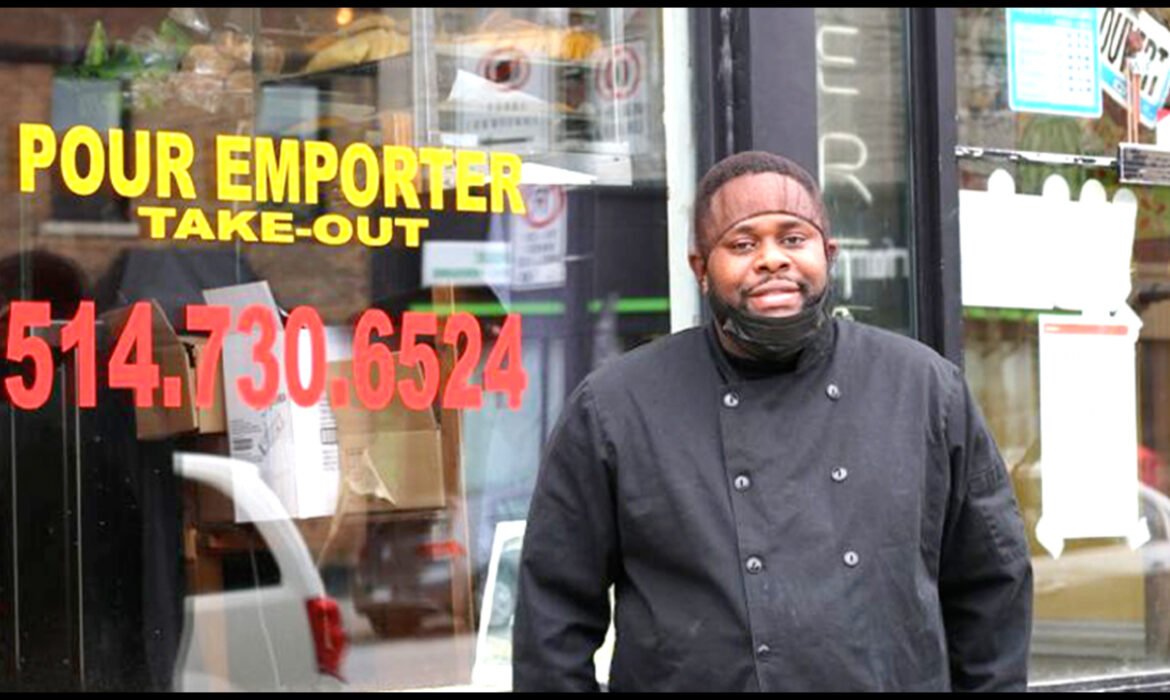 He moulded Boom J’s Cuisine into a success

Basking in eight years of growing success as an entrepreneur, Jermaine Wallace wants to share his story with the community.
Maybe, he says, it will instill confidence in other young people.
“I just want you inspire and motivate my brothers, my sisters, my community that it is possible to be whatever you want to be, achieve whatever you sent your mind to in this country… this is really the land of opportunity.” he told The CONTACT in a recent telephone conversation.
The formula for success remains the same, he says.

“All you got to do is work on yourself, your attitude; connect with people; look for the information and just put your shoulders to the wheel and make it happen,” he says as if reciting a well-studied verse. “If it’s meant to be, it really up to you.”

Truth is, this well-seasoned 30-something-year-old knows of what he speaks. After all, he almost single-handedly built his BOOM J’s Cuisine into a thriving enterprise that keeps an increasing number of Montrealers coming back to enjoy what he has to offer.
Since he opened the doors of the pick-up-and-take-out spot, located at 2026 Wellington in Cote Saint Paul in April 2013, he says business has been steadily getting better.
And unlike many others that faltered during the perilous 18 months or so of the COVID-19 shut-down, Boom J’s Cuisine has been on an upward trajectory driven by steady flow of on-line and delivery orders as well as in-person pick-ups.
So much so that the enterprising Wallace, who grew up in the Little Burgundy area after moving here as a 10-year-old from Jamaica, is now finalizing the purchase of a commercial building in the Ville Emard area where his second location will be located.
He says it’s only a step towards his ultimate goal of having four or five locations across the Montreal area.
“Business is good and getting better,” he says.
But he also wants it known that it has been a tough uphill climb getting to where he is today.

“The drive to become an entrepreneur has been in me since I was a child, helping my grandfather in Jamaica,” he remembers. “Then when I came to Canada, I also helped my dad in his moving business.”

But Jermaine’s passion has always been cooking and serving people. So it was not a good fit for him while he was setting up tents at Groupe Celebrations, a seasonal gig where every fall/winter he was forced to seek unemployment compensations.
It was on one of those hiatuses in 2008 that he started making meals for friends at his small apartment, then driving across the city to deliver them as orders poured in on his BBM.
He moved from his home to the kitchen at Youth In Motion in Little Burgundy, where he honed his skills in the kitchen and grew his clientele.
Along the way, he credits individuals like Dave McKenzie of John Molson School of Business who conducted an entrepreneurism program in the neighbourhood for helping to “turn a hustle into a business;” and Howard Thompson, a community-based mentor, who helped him refine his culinary skills.
Before he left the kitchen at Youth In Motion he had already bought a new car to keep up with demands and was ready to venture out on his own.
From there, Wallace started searching for a location for a small-take-out resto.
He found his current locale and went to the bank for a loan.

He says while completing renovations for the restaurant, a neighbour warned him that five others had failed at that same spot over the past three years.
Today, going on nine years later, Boom J’s (Boom for the impact of the food and J- from Jermaine) is
thriving.
Jermaine says he couldn’t get here without the help he received from his wife Jackie and his crew, Mishon, Amigo and the rest of the team.
As he prepares to take the business to the next level, he wants to share his blessing with the community and is looking forward to providing employment and training opportunities to other young people.

“I really think that my purpose is to inspire and help others.”