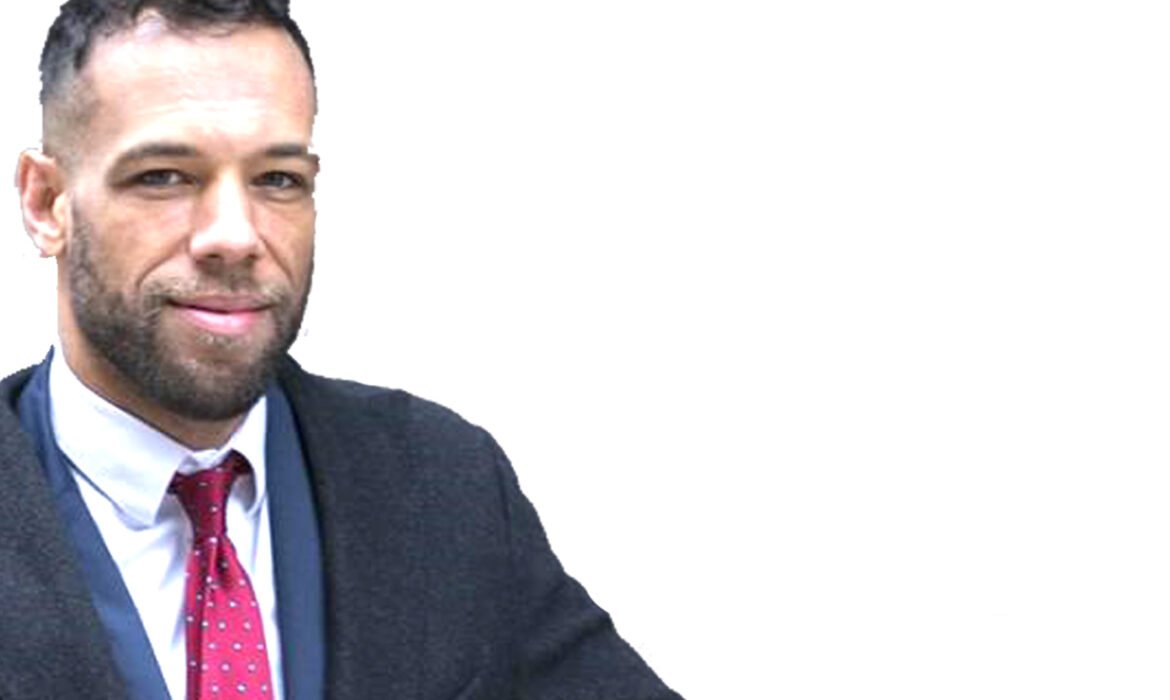 Up and down in the polls, he soldiers on…

“In many ways I’m the (personification) of Montreal: I am French and I am English, the child of a Quebecoise mother and an immigrant father. And I’m well-educated. I studied both civil law and common law and perfectly bilingual.
I’m the person the provincial government does not want to acknowledge. But I represent the future.”

He is Balarama Holness, leader of Mouvement Montréal party and mayoral candidate in the upcoming Nov. 6- 7, municipal elections.
Since announcing his candidacy this past May, the 38-year-old Holness has been forcing Montrealers to look in his direction with head-turning policies and political moves.
As such, some see him as a disruptive and confrontational force while others welcome his politics as fresh and people-centred.
Call him what you will, Balarama contends that he and his fledgling party have what it takes to lead Montreal into the future and it’s what Montrealers want.

“However, many in the establishment are not quite ready for us. They envisioned a rematch between Valerie Plante and Denis Corderre in this election, but here comes Balarama Holness who is causing a disturbance in the race.”

Much of the commotion centers around his pledge that if elected, he will hold consultations with Montrealers to determine if there should be a referendum on making the city bilingual.

“We have no plans to touch the Charter of Montreal. We accept the fact that Montreal is French city and we value its French character but it’s also a major multicultural metropolis that should respond to the needs of its citizens and people from around the world who are doing business here. That’s why we’re proposing to offer municipal services and information in French and English.”

As expected his proposal is ruffling feathers.
Both his opponents in the mayoral race, Plante and Corderre dismissed it as being “too divisive” in a city where citizens, French and English are co-existing in relative linguistic peace.
But in saying so, both are looking nervously over their shoulders knowing that Holness’ position can find traction among a significant segment of voters.
However, the former cornerback, who played with the Winnipeg Jets and won a championship with the Montreal Alouettes in the Canadian Football League is also aware of the heavy grinding that’s ahead of him in the still unfolding campaign.
Of late, he has been dealing with the unravelling of a questionable merger between Mouvement Montréal and a fringe party Ralliement Pour Montreal, with seemingly opposite positions on most policies.
As well as one or two candidates abandoning the party.
Also, he has been nursing a contentious relationship with one or two media personalities in both French and English, much of which he dismisses as “irrelevant.”
“What’s important is for people to get to know me better and what our party is offering,” Holness says pointing to his track record as an organizer and social justice advocate.
In 2019, he spearheaded a campaign that secured 22,000 signatures that forced the city of Montreal to hold consultations on systemic racism and was front and center in calls to hold police accountable in instances where they abuse their powers.
He also garnered national and international media attention with features in the New York Times and on CTV’s W5.
But Holness, who earned his degree in common and civil law at McGill University says his campaign for mayor offers much more than his social justice backpack and points significant people-centered policies for economic growth, community development, individual growth and social cohesion.
He has a three-point economic plan centered around small-businesses and urban planning.
As well as language initiatives for integrating more Montrealers, especially English-speaking citizens into the workforce.

“This we can do easily by more promoting the hiring of non-French speakers and encouraging more on-the-job language training.”

Holness is also excited about his targeted policies on improving policing.

“What they need is not a blank cheque but a better capacity to plan as well as improvement in intelligence gathering.”

So far with the elections just a couple weeks away, his candidacy has found traction with different segments of the population.
He has been up and down in the polls, riding as high as 10% in one and slipping to 5% in another.
Whatever…
Holness says: “I’m loving my interactions with people on the campaign trail and I find the support that we are received to be very inspiring.”