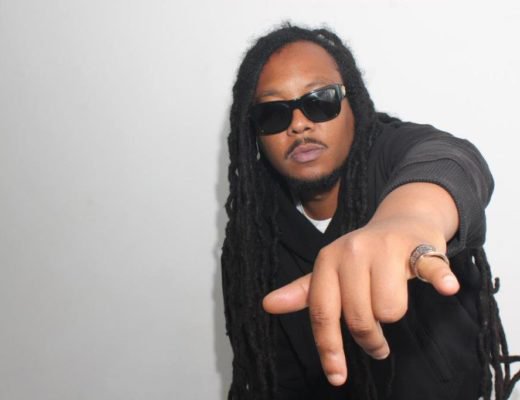 South African star with multi-platinum record. One of the first artistes on the continent signed by Tuff Gong Distribution

en much of Jamaica will be engulfed in events to mark what would be the 74th birthday of Bob Nesta Marley, the celebrations will hold special significance to Menelik Nesta Gibbons, a South African singer who carries a musical link with the reggae legend.

Late 2018, Menelik, known as Don Dada, is a multi-platinum selling hip-hop artiste who lived much of his life in South Africa and recently became the first African artiste to join the stable of Tuff Gong Record Label.

The internationally renowned label, which is connected to Universal Music and Island Records, secured the distribution rights for Don Dada’s highly-regarded and recently released single, Jah Is Good.

And because of his connection with the label founded by reggae’s greatest icon, he will be among the line-up of illustrious performers paying tribute to Marley, at the Tuff Gong celebration on February 6, at The Bob Marley Museum at Hope Road in Kingston then on February 8 and 9, in Ochos Rios and Hope Gardens in Kingston.

It promises to be one of more significant experiences in the musical life of the young superstar who shares the middle name with the man who has become an inspiration to him and his family since the day his mother met Bob Marley on the streets of Zimbabwe, the day before that country celebrated its independence in 1980.

When Don Dada takes to the stage in Jamaica, it will have special meaning for Montreal radio deejay and musician MC Cool-I (Trevor Phillip) who was instrumental in making the connection between the African performer and the Jamaican music industry and Tuff Gong.

“After hearing this really dynamic young performer on-line, I contacted him for an interview on my radio show, which is also carried on-line at Wadadli Vybz Radio based in New York,” says the Antiguan Montrealer.

That interview was picked up by Scarlett, a ranking reggae producer, who worked with the late Dennis Brown and Gregory Issacs and he was immediately interested in the young African singer.”

So MC Cool-I did the hook-up, which resulted in Don Dada accompanying Jamaica’s superstar Everton Blender along with the Reggae Power House Band on a three-city tour of Kenya last September.

MC Cool-I, who also has a long history of producing reggae music in this city at his now defunct Young Lion Studios, says he’s really excited about Don Dada’s potential to open a whole new front on the reggae/hip hop scene in North America.

“Not only is he exceptionally talented, but he is also very charismatic and committed to the upliftment of people through music. He is a solid role model for young people.”

Don Dada, who has been on the music circuit for more than a decade as an independent artiste and producer before busting loose in 2017 with a massive hit Viva Mandela, which a generation of music lovers across the continent embraced and helped make multi-platinum in less than four months after it was released. It is believed to be a first for an independent artist.

That year he also released a powerful Zimbabwe Kubatana ft. Seed, which is said to be one of the anthems supporting a new era in his country of birth.

Today, the 32 year-old is being defined by what is said to be his “unwavering passion for music”, and he stands on the edge of global recognition and stardom.

But with the guidance of mother and manager Leyla Gibbons and his commitment to the marginalized Don Dada’s stated vision “is simply to encourage the youth to step into their destiny without fear and continue shining the light through education.”

MC Cool-I is convinced that the highly talented youth-man has the potential to bring a new vybes to the world of music.