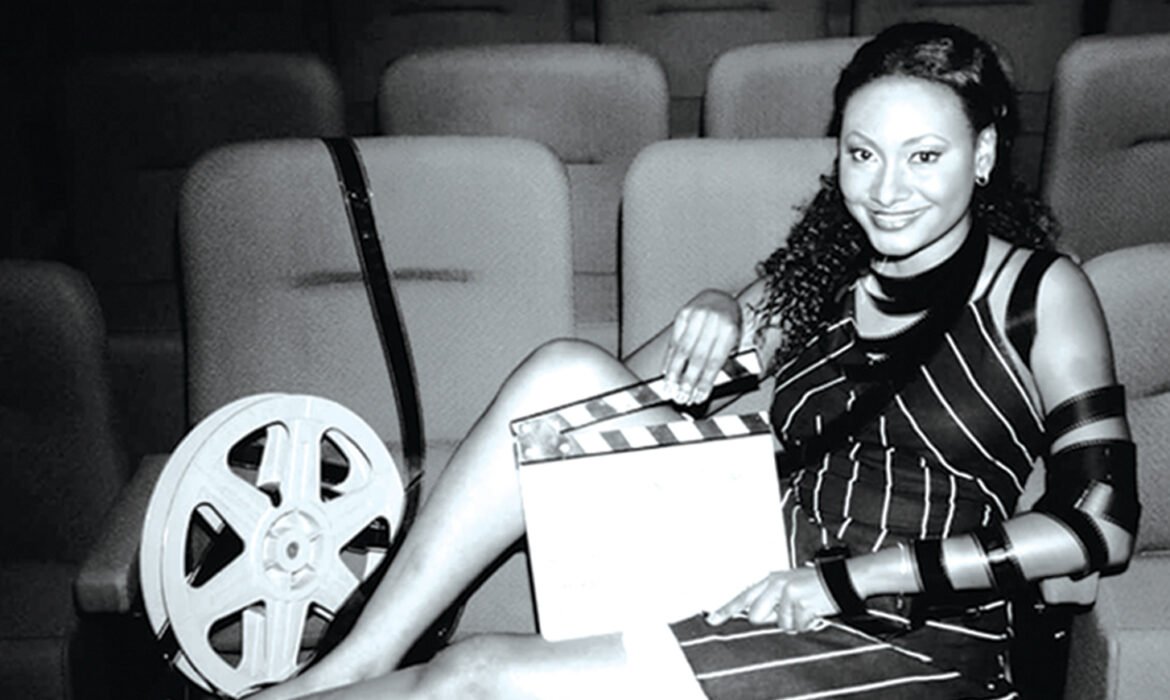 The quotes on her website say it all.
“It has taken Fabienne Colas five years to do here (in Quebec) what it would sometimes take most Haitians 30 years to accomplish.” — Dany Laferrière

Those sentiments were compounded by bestselling author and entrepreneur, Stedman Graham who stated that: “Fabienne (Colas) is blessed with so many TALENTS and helpful to so many people. The world needs that energy and determination.”

Today, 15 years since she planted her stake in Quebec, Fabienne, the young and enterprising go-getter has distinguished herself as a North American powerhouse on the entertainment scene as the founder and force behind seven successful film and music festivals staged in Montreal, Toronto, Halifax, New York City and Port-au-Prince.
Since it was established in 2005, her International Black Film Festival, which screens dozens of Black films from around the world, has established itself as a signature cultural event in Montreal.
As well, her other initiatives such as Haiti en Folie, the Quebec Film Festival in Haiti, Festival Dansomania, Festival Ririri, Fade to Black Event staged in Haiti and in Montreal, Toronto and New York are all testament of her creativity and drive.
And in doing so she has been able to bring to Montreal and Toronto some of the biggest names in the film and entertainment industry, such as Harry Belafonte, Spike Lee and Danny Glover. Martin Luther King III, Dany Laferrière, Wyclef Jean, P.K. Subban, Souleymane Cissé, and Alfre Woodard. A spectacular achievement for a young woman trying to stake her claim in a foreign land, where opportunities in certain areas can be almost non-existent  for immigrants.
“I think my greatest satisfaction is being able to provide a platform for thousands of artistes and up to a million participants who attend our events,” she told the CONTACT in a telephone interview. “And to think that all of this come from me searching for solutions for my personal frustrations.”
Along the way, she had to break down some barriers and kick aside a few obstacles, but Colas who was an established actress, a beauty queen and a cultural maven back in her native Haiti was intent on making something happen in Quebec.
“When I arrived in Quebec it was so difficult for me to find a job as an actress or as a model that I knew I had to make something for myself,” she remembers. “I didn’t set out to be a big festival organizer, but I couldn’t model, I couldn’t act so I had to create a platform for myself. It’s just the way it turned out that it was meaningful for so many people.
Truth is, I never thought I’d be doing festivals across North America, but obviously there was a need,” she says.
“Today I have to be thankful for the energy that gathered behind the movement because that’s what gets me up early and keeps me moving.”
But she is quick to add that her efforts and her contributions will amount to nothing if the community does not show “massive support” to keep it going.
“It’s very important that we support our own, whether it’s the Black Film Festival, The Black Theatre Workshop or Community CONTACT, we have to be behind these initiatives to make sure to maintain our place here in Quebec.”
That way, according to Colas, the funding agencies, especially in the municipal and provincial government, will be forced to change their attitude when it comes to funding minority projects.
Although her motivations have always been to serve and to build platforms upon which others can thrive,  the 39-year old Colas is thankful for the recognition that has come her way over the years.
Especially last December when she was named among Canada’s Top 40 Under 40,  a prestigious nationwide award established by Caldwell Canada to recognize young leaders for their contributions to their communities. She was the only woman from Quebec and the only Black person to earn the highly coveted award.
Colas also prides herself for being recognized as Person of The Year (Culture) by La Presse Newspaper, in its annual year-end issue.
On Saturday, February 2, Colas work will again be in the spotlight. She will receive the Dr. Martin Luther King Jr. Award, in recognition of her contributions to the arts in Canada and beyond at Black Theatre Workshop’s Annual Vision Celebration at the Omni Hotel in downtown Montreal.
“This one is really meaningful,” she says of the recognition. “Because it comes from my community, especially the Anglophone sector of the community that I have been working so hard to include in all of my projects. Being recognized at this level means a lot to me.”
She says it’s also great to be walking in the footsteps of the many great Canadians who have received the award, such as Oscar Peterson, Oliver Jones, Dany Laferrière, Gregory Charles, Doudou Boicel, Charlie Biddle, and actor Tony Lee Williams.
Colas says these three prestigious awards mean a lot to her and serves as motivation for her to continue to achieve and contribute.
But more importantly, she says, it should be an inspiration to young emerging artistes (especially young girls) to “get out there and knock on doors to secure assistance for your projects. Whether it’s film, music, spoken word, art, whatever, there’re government agencies in place to help, your job is to find them and make it happen.
I have a special message for all emerging artistes: Make 2019 Your Year.”
Join BTW On Saturday, February 2, as the honor Fabienne Colas with the Dr. Martin Luther King Jr. Award at the Omni Hotel, 1050 Sherbrooke Street in downtown Montreal.
Educator and community activist, Nancy Oliver Mackenzie will receive the Dr. Clarence Bayne Community Service Award
Dayane Ntibarikure will receive the Gloria Mitchell-Aleong Award and Jared Worden-Joseph gets the Victor Philips Award.
Global Television’s Elysia Bryan-Baynes, along with Angelo Cadet.
Cocktails at 5:30 Dinner 6:30
Tickets are available at 514-932-1104 or visit: www.blacktheatreworkshop.ca