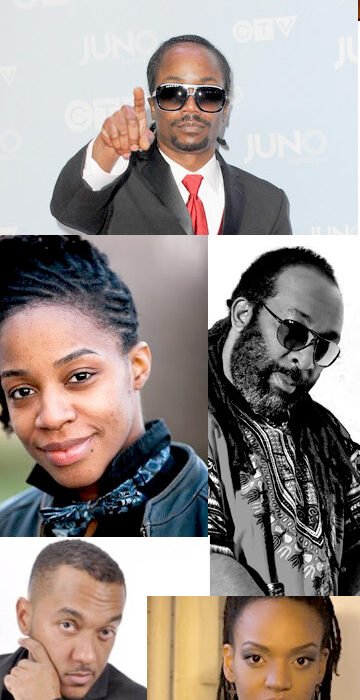 A stirring line up of some of  Montreal’s  best performers including Jah Cutta & Determination Band, Mikey Dangerous and Higher Heights Band. In addition Aureisa, Kaisha Lee, Robin & Uprising Band, Mello G, Skillman, Ms. Diva, Roen “Blu Riva” Higgins, Kym Dominique Ferguson, Mark Henry will be on stage for Jamaica Day 2015, on  Saturday July 4 at Parc Jean Drapeau.
Then add to the lineup the irrepressible Lady G, who reigned for a while as one of the queens of dancehall with big hits such as  Man a Bad Man” from the film Third World Cop, Breeze Off and Nuff Respect. She will be here with the Indie Roots Band,
Just as important this year is the food, which will be plentiful and available from some of Montreal’s leading West Indian restaurants.
Jamaica Day is still one longest running  outdoor festival of its kind in our community and still draws ten of thousands to savor in the delights of non-stop reggae, lots of jerk dishes, escovitch fish, ginger beer  and other tropical drinks to accompany names like Appleton and Wray and his nephew if they are available.
All of it will be celebrated in the midst of the arts and crafts displays from one of the world’s most captivating cultures.
The event is coordinated by  Jamaica Association of Montreal and festivities begin at 2pm and admission is free all day. Info 514-737-8229 or Jamaica_inc@yahoo.ca or Michael Smith (514) 781-2079